But that record is just one of many. All-time peaks—like the 2,519 megawatts on that evening—are going to be happening with regularity as more battery storage systems come online. What’s more interesting is the development of the projects that are helping to set those records, and the implications for transforming the grid into one that doesn’t need fossil fuels.

The big kahuna in California’s battery fleet is Moss Landing Energy Storage, with 400 megawatts of capacity and the ability to run at that level for up to four hours, discharging 1,600 megawatt-hours before needing to be recharged. The plant is back in action after a prolonged period when it was barely running.

California had 3,100 megawatts of utility-scale battery storage systems as of April, which was far and away the most in the country, according to the Energy Information Administration. About 80 percent of that capacity is from systems that went online since 2021.

This month, daily peaks of 2,000 megawatts have become ordinary, but the state’s batteries hit 2,000 megawatts for the first time just two months ago, on May 22, right around the time Moss Landing was working again after months of repairs and troubleshooting. (For perspective, 2,000 megawatts is about the capacity of a large coal, gas or nuclear power plant, so we’re still talking about a small share of the electricity supply.)

It was only a year ago that the state’s battery systems collectively hit their first peak of 1,000 megawatts, according to figures from the California Independent System Operator, the nonprofit that runs the grid covering most of the state.

As battery storage plants become more common, then what are they replacing?

“We’re relying on these batteries to basically store the excess energy from solar in the middle of the day, and then discharge later in the day when the solar is dropping off,” he said.

But batteries still have a long way to go to make a serious dent in the demand for gas. When battery use was peaking on July 9, natural gas power plants were providing more than 13,000 megawatts to the grid.

GridLab has been studying how California can move toward a cleaner grid, including a report issued in May that shows pathways for getting the state to 85 percent carbon-free electricity by 2030. All of them include big increases in solar and batteries.

“We think we can retire probably half the gas (power plants) in the state and still be reliable,” O’Connell said. By that, he means that gas plants can continue to close as other resources come online over the remainder of the decade.

But if grid operators are going to rely much more on battery storage, they need to be confident that these systems can perform. This is why storage developers need to learn from the problems Moss Landing has experienced.

Vistra Corp., the Texas-based owner of the project, announced in January 2021 that the first phase of the Moss Landing project had finished construction and was connected to the grid, with 300 megawatts of capacity. The company described the project as the largest battery storage facility in the world.

At that time, the battery system spanned the length of nearly three football fields, housed inside a refurbished building that used to be part of a natural gas power plant. The system’s 4,500 battery racks could power about 225,000 houses, Vistra said.

Then, in April 2021, the company announced that it had completed the second phase of the project, adding 100 megawatts to bring the total to 400.

But the project didn’t begin discharging electricity into the grid for months, according to the Energy Information Administration, which shows no output from the plant until June 2021.

After that, the plant was offline or running at only a fraction of its capacity from November until April, the most recent month for which information was available.

Vistra said in September that it had an incident at the plant in which sprinklers had gone off and damaged some of the batteries.

Lithium-ion batteries are highly flammable, so any incident involving heat and smoke is a concern, but Vistra said it was able to deal with the problem on its own without any injuries to employees. The report included corrective actions to reduce the chances of a recurrence.

Then, the plant had another incident on Feb. 13 in which the release of smoke led to a shutdown. The local fire chief said the scene was similar to what he had seen in September, with wet batteries and melted plastic around the battery racks, as reported by Monterey County Weekly.

Fast forward to July 11, when Vistra said it had resolved the problems and had nearly all of the plant’s capacity online for the summer.

Now Moss Landing is running, and Vistra is working on a third phase that would add another 350 megawatts and could be complete by next summer.

Here’s hoping that the plant can put together a track record of reliability to go along with its notoriety for being the largest.

After Manchin Rejects Climate Provisions of ‘Build Back Better,’ What’s Next?: Sen. Joe Manchin, the West Virginia Democrat, has said he won’t support the climate and clean energy provisions in a proposed spending bill that the Senate Democrats have been struggling to pass. The apparent death of those provisions means that clean energy industries won’t be getting some of the funding they had hoped for and consumers won’t get a beefed-up tax credit for electric vehicles. On Wednesday, President Joe Biden was in Massachusetts to talk about his climate agenda, as ICN’s Marianne Lavelle reports. He warned Congress that if it doesn’t act, he will move forward with his climate agenda through executive actions.

GM’s Mary Barra Talks Electric Vehicles: The General Motors CEO is not backing off of her audacious prediction that by the middle of this decade her company will sell more EVs than Tesla. She said she’s confident that GM can beat Elon Musk in developing high-range EVs that people can afford, as Tom Krisher reports for the Associated Press. GM has already said it will cut the starting price of the Chevrolet Bolt EV to $26,000 by the end of this year. “To really get to 30, 40, 50% EVs being sold, you have to appeal to people that are in that $30,000 to $35,000 price range,” Barra said.

In Indiana, Solar Net Metering Rules Go from Bad to Worse: Indiana solar installers were expecting their customers to be worse off when new, reduced rates for excess solar generation took effect on July 1. But the changes made by utilities go far beyond those expectations, and solar advocates argue that utilities have exceeded the parameters of a 2017 state law that modified the rules for solar compensation, as Kari Lydersen reports for Energy News Network. Advocates are now challenging the rules in court. Indiana is one of many states where utilities are trying to reduce the financial benefits of solar, including by reducing the compensation that solar owners receive for selling excess electricity back to the grid.

U.S. Solar Company to Open a Solar Shingles Plant in Texas: U.S. solar company GAF Energy said it will open a new factory in Texas to make residential solar roof shingles, choosing to build in the United States rather than in China. The announcement comes at a time of rising concerns in the United States about the reliance on Chinese-made solar products, as Nichola Groom reports for Reuters. The factory, which will have about 260 employees, is part of a broader push to popularize the idea of shingles that generate electricity. Tesla is among the other companies that is making a solar roof product. 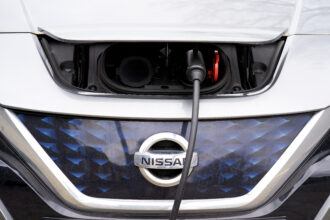