“Best by.” “Enjoy before.” “Sell before.” “Display until.” These labels on packages attempt to convey to consumers whether they should buy a frozen chicken, toss a questionable jug of milk or bother opening a dusty can of beans.

Instead, they confuse people—and send a lot of perfectly edible food into the trash.

Every year, American consumers alone throw away $29 billion worth of good food. Much of it rots in landfills, venting methane, a potent climate-warming gas.

On Wednesday, some of the world’s biggest food manufacturers and retailers agreed they would try to simplify these labels for consumers and whittle them down to just two. The companies, which include Walmart, Kellogg’s, Nestle, Unilever and Tesco, said they would make the changes by 2020.

“We realize that a big percentage of the food wasted comes at the household level—about 40 percent,” said Ignacio Gavilan, sustainability director of the Consumer Goods Forum (CGF), the Paris-based network of the world’s largest consumer goods companies. “Food labels are one of the reasons. You and I, as soon as we see a package and see the labels, we get scared and throw it away, so it has to be crystal clear that the date is an expiration date.”

Earlier this year, the Food Manufacturing Institute and the Grocery Manufacturers Association, the trade groups representing U.S. food makers, announced a similar date-labeling initiative that urged its members to streamline their labels by 2018.

Food Waste, by the Numbers

Globally, food waste contributes 8 percent of greenhouse gases annually, roughly the same amount as road transportation emissions. More than 1 billion tons of food is lost or wasted every year, with a cost of $940 billion. That’s roughly one-third of the food produced globally.

In developed countries, much of the waste occurs at the consumer or retail level. In developing countries, most of the loss happens on farms or in transportation to market, before reaching consumers—about 75 percent.

In the United States, the Environmental Protection Agency estimates that roughly one-fifth of the solid waste going into landfills in 2010 was food waste, or about 35 million tons. The U.S. Department of Agriculture estimates that food loss and waste at the retail and consumer levels is about 31 percent of the food supply—or about 133 billion pounds of food, worth $162 billion.

Acknowledging both the economic and the climate change impacts, the United Nations in 2015 set a goal of cutting food waste throughout the supply chain, from farm to household, 50 percent by 2030.

In 2016, led by the World Resources Institute and the government of the Netherlands, a group of the world’s largest food manufacturers and governments organized to reach that goal.

On Wednesday, during Climate Week and the U.N. General Assembly in New York, Champions 12.3 released a status report, showing some promising results toward hitting its target.

“One of the highlights of last year is the number of companies from the food sector, including Tesco, Sainsbury’s, Kellogg’s and Nestle, are starting to measure and also publicly report their food loss and waste inventories,” said Liz Goodwin, a senior fellow at WRI.

But, Goodwin said, governments, companies and consumers have a long way to go toward meeting the 2030 goal.

“Exactly what needs to be done varies around the world,” Goodwin said, adding, “It will require big acts by big players, as well as millions of acts by everyone from farmers to consumers.” 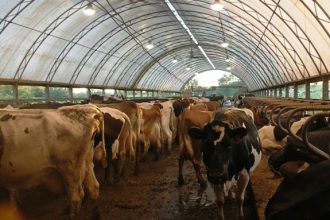 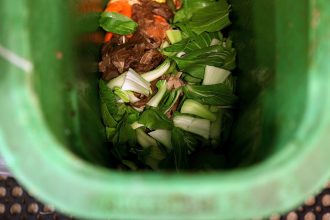 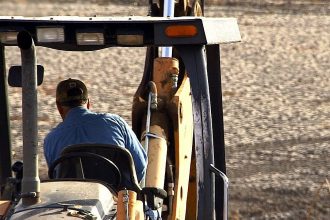