Democrats are justifiably worried about holding onto control of the United States Senate in the midterm elections Nov. 4. Most forecasts have Republicans winning seven seats for a 52-48 advantage, which would almost certainly spell doom for any action on climate change.

But here’s the real catch: Even if Democrats win the Senate by a slim margin, climate action could still be foiled for the next few years by members of their own party.

In several critical races, particularly in energy-producing states, Democratic candidates’ stated climate change beliefs somewhat echo their Republican opponents’. Most toe the party line and accept the idea that the world is warming, but resist action that could theoretically harm their home-state economies, such as cutting fossil fuels.

“In races like these, climate advocates don’t have a candidate to root for,” said RL Miller, chair of the California Democratic party’s environment caucus and founder of Climate Hawks Vote, a superPAC helping to elect climate-conscious candidates. “They are lose-lose scenarios for us. Sadly, there are more of these races than there should be at this point in the climate fight.”

In Kentucky’s senate faceoff, Democrat Alison Lundergan Grimes and Republican Mitch McConnell have fought over who is the biggest supporter of the coal industry, despite its accounting for only 0.6 percent of employment within the state. Grimes has said she accepts that climate change is happening, but calls President Obama’s attempts to regulate greenhouse gas emissions “overreaching.”  Such an agenda, she adds, “adversely impacts jobs and middle-class families.”

Mary Landrieu of Louisiana, an 18-year veteran of the Senate who serves as chair of the Committee on Energy and Natural Resources, strongly supports offshore drilling and natural gas extraction. Sen. Mark Begich of Alaska frequently seeks federal funds to protect his state against climate impacts while fighting for permission to drill in the Arctic Ocean. Sen. Mark Pryor of Arkansas voted to prevent federal agencies from regulating greenhouse gases and to limit Congress’s ability to set up a federal tax or fee on carbon. Senate candidate Michelle Nunn of Georgia says on her website, “We must continue to decrease our reliance on foreign oil and confront the challenges of climate change,” and yet she is a vocal supporter of the Keystone XL tar sands pipeline, which would deepen U.S. dependence on a form of oil that produces more greenhouse gas emissions.

“Climate change denial has become practically a litmus test for Republicans because it is a core element of conservative ideology, alongside gun rights and abortion,” said Riley Dunlap, an environmental sociologist at Oklahoma State University. “But for Democrats, they don’t have this ideology issue. Instead, the pressure to stop climate action comes almost entirely from oil and gas interests that play a role in their states’ economies.”

Several Democratic officials vying for seats in the House and governors’ mansions also share these views. Rep. Anne Kirkpatrick (AZ-1) has vowed to fight President Obama’s Clean Power Plan, which sets strict emission limits on new and existing coal-fired power plants. Rep. Jim Costa (CA-20) voted to expand offshore drilling and bar the Environmental Protection Agency from regulating greenhouse gases. Nearly all of West Virginia’s Congressional races include Democrats who praise the coal industry and denounce any attempts to regulate carbon emissions. Colorado Gov. John Hickenlooper has launched a series of climate initiatives, but is also a strong proponent of hydraulic fracturing, or fracking, for natural gas and has argued that any restrictions on the industry could weaken his state’s economy.

Experts said that while this small group of policymakers represents a minority within the Democratic Party, they could have a big impact on the nation’s climate agenda in the coming years.

Democrats and Republicans are expected to be nearly evenly matched in the Senate after the midterms. Global warming is an almost taboo issue within the GOP, and only a handful of Republican politicians have voted “yes” to climate action in the past. So, if Democrats want to pass any kind of global warming agenda in the next few years—something that political and environmental experts acknowledge is already a long shot before the 2016 elections—they must have their entire party involved.

“It is going to be very tough to build an environmental majority without all of the Democrats on board, including those from energy-producing states,” said Heather Taylor-Miesle, director of the Natural Resources Defense Council’s Action Fund. “Politicians can’t say, ‘I believe in climate change’ and leave the conversation there. They really need to go to the next step to be productive pieces of the puzzle to ensure we are addressing this issue.”

The possible deadlock couldn’t come at a more critical time. World leaders will meet in Peru later this year and in Paris next fall to create and commit to a new international accord to fight global warming. The Obama administration has made it clear it is seeking a new treaty without legally binding emission targets, eliminating the requirement for Congressional approval. But even with this approach, the U.S. will have to create domestic global warming policies to reach its set emission goals and maintain its credibility within the international climate community.

Scientists warn that unless governments cut greenhouse gases in the next few years and limit warming to 2 degrees Celsius, catastrophic climate change will become a near certainty. This could mean decades or even centuries of more intense or frequent wildfires, droughts, extreme temperatures and hurricanes, as well as rising seas that could swallow huge swaths of the world’s coastlines.

Recent polling indicates that climate change matters to voters on both sides of the aisle. Forty-eight percent of voters in New Hampshire—a swing state often seen as a microcosm of the nation—are less likely to vote for a candidate who denies climate change, according a recent poll by the League of Conservation Voters. Nearly 80 percent of voters 35 and under nationally said they are more likely to vote for someone who supports climate action, according to a second LCV poll. A 2013 survey by Stanford University showed that a majority of citizens in every state—including energy-producing ones—agreed that the U.S. should do more to address climate change and limit greenhouse gases from businesses and power plants.

However, climate change still fails to stir the American public as much as some other issues, said Walter Rosenbaum, an expert in environmental and energy policy at the University of Florida.

“When people are asked directly about climate in polling, yes, they indicate they care,” Rosenbaum said. “But the issue is not a high priority when compared to things like education and taxes.”

This has created a situation where many politicians hold climate beliefs at odds with their constituents’. In Kentucky, for example, 56 percent of voters say they believe the U.S. government should do more to address climate change, according to the Stanford survey. That number is 63 percent in West Virginia and 54 percent in Louisiana.

“The data suggests that there would be more public support for tackling climate change than the current members of Congress seem to recognize,” said Dunlap.

Environmental groups that supported Democratic candidates almost exclusively for many years have started changing their tactics: They’re choosing the best pro-environmental candidates no matter which side of the aisle they’re on. The League of Conservation Voters, for example, endorsed two Republican politicians in recent months—Sen. Susan Collins of Maine and Congressman Frank LoBiondo of New Jersey.

“For a long time, people just voted for the lesser of two evils,” said Tim DeChristopher, an environmental activist and co-founder of the group Peaceful Uprising. “But party loyal is completely antithetical for political power for a movement and we started losing political power in Washington. People are starting to realize it isn’t about just putting a Democrat into office. It should be about taking the worst politicians out of office, no matter their party.”

Most of these anti-climate action Democrats come from states where the fossil fuel industry plays a significant role in the economy. Or in some cases, it used to—and still has enduring symbolic importance, as in Kentucky. Candidates can’t appear to risk people’s livelihoods. And they can’t risk losing tens of thousands of dollars in campaign contributions from the oil and gas industry.

Despite the steady decline of climate-skeptic Democrats in recent years, total contributions from oil and gas interests to Democrats have remained largely the same. Those few holdouts seem to be getting much more money from the fossil fuel industry than ever before.

None of these figures include so-called “Dark Money,” campaign contributions from fossil fuel giants Charles and David Koch, and others, that are run through foundations and therefore don’t have to be made public.

Not Set In Stone

Overall, races that are a lose-lose for climate action have become less common in recent years, said Jeff Gohringer, a spokesman for the League of Conservation Voters. Increasingly, there is a strong contrast between the candidates’ climate views, with one understanding the severity of the climate issue and the other standing up for “the polluters who are funding their campaigns,” he said.

Those remaining Democrats who don’t support climate action now could be forced to change their views in the near future, several experts said. Climate change is becoming an increasingly salient issue across the nation, as evidenced by the hundreds of thousands of activists who gathered in New York City last month to demand that world leaders take action.

It has also been a prominent issue in several gubernatorial and congressional midterm races, such as those in Florida and Michigan.

“We have all seen in recent years the abruptness with which hot-button issues can suddenly become the stuff of consensus,” Todd Stern, the special envoy on climate change for the U.S. State Department, told students, faculty and members of the public. “I doubt, even a year from now, whether major political candidates will consider it viable to deny the existence of climate change.”

If the American public’s increasing concern doesn’t change these Democrats’ views, climate change itself may just do it.

“If we have a couple of really dramatic natural events or crises, like another Superstorm Sandy, that could serve as a platform for the climate regulatory advocates to mount a campaign,” said Rosenbaum of the University of Florida.

Such a disaster could be just enough to spur action from the remaining Democrats and Republicans who have stifled it until this point. 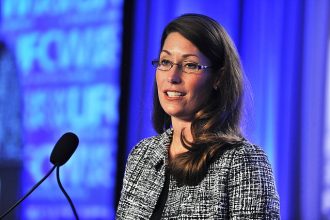 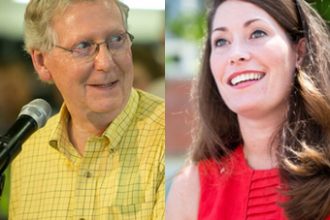