For Emma Hines, the current dialogue about the hazards of gas stoves is reminiscent of the national conversation about cigarette smoke in the 1960s.

After the release of a series of studies warning of the potential health harms of nicotine a decade earlier, the U.S. Surgeon General’s report in 1964 gave new momentum to a subject that had been discussed among researchers — the link between cigarette smoke and diseases like lung cancer.

“I benefit every day from the research and advocacy back then and in the prior decades that has greatly reduced my exposure to secondhand smoke from cigarettes,” said Hines, a member of the American Public Health Association, who added that she was born in the 1990s. “As more evidence mounts on the negative health effects of gas stove pollution, I hope that future generations will have a similar story to tell.”

While it is far too early to say if cooking on gas stoves will one day go the way of smoking on airplanes, environmentalists, researchers and others say the events of recent weeks suggest that the tenor of conversation about the appliances has shifted.

Several studies from an evolving body of research have consistently shown that gas stoves emit harmful pollutants, even when they are not in use. The gas industry, which has long rebutted scientific concerns about the stoves, has launched its own offensive to undermine the most recent findings.

In the latest development, the American Public Health Association issued a statement on Jan. 18 calling for the Environmental Protection Agency, the Department of Housing and Urban Development and the Centers for Disease Control and Prevention to recognize the links between gas stove emissions, nitrogen oxide (or NO₂) pollution and the increased risks of illness for children, older adults and people with underlying conditions.

Hines, who is a health & air quality associate at Rocky Mountain Institute, was the lead author of the association’s statement.

“Multiple high-quality scientific studies have shown that NO₂ concentrations are higher in homes that use gas stoves and that cooking with gas stoves without ventilation can result in home NO₂ concentrations that are above the ambient air quality standards of the Environmental Protection Agency (EPA),” members of the association said.

In the statement, members said  that “while comprehensive federal law regulates outdoor air quality in the United States, there are no federal indoor air quality guidelines, and few state or local policies address indoor air pollution.”

“Those living in smaller, older, less ventilated homes are at higher risk of the effects of indoor air pollutants from a variety of sources, introducing a disproportionate risk of illness among lower-income populations and people of color,” they said.

In response to the statement, an official from the American Gas Association said that it “presumes an unsubstantiated causal relationship between gas-fired cooking and public health concerns.”

“The proposed policy statement, which would suggest that public health representatives take actions based on erroneous and incomplete analysis of existing scientific literature, does not appear to hold up the APHA mission of backing policies based on science,” Karen Harbert, president of the American Gas Association, said in a letter to the director of the APHA.

The American Gas Association also released statements recently to counter some of the new research about gas stoves. An RMI study found that 12.7 percent of current childhood asthma nationwide is attributed to gas stove use. Authors of that peer-reviewed study, which was published in the International Journal of Environmental Research and Public Health on Dec. 21, said the finding was similar to the childhood asthma burden attributed to secondhand smoke exposure.

Gas stoves are in about 35 percent of homes in the U.S., according to the report.

“There have been seven total studies conducted to determine whether there is an association between asthma and gas stoves since 2013,” said a spokesman for the American Gas Association in a statement. “Five of the seven found no statistically significant associations between gas stoves and asthma.”

Earlier this month, Bloomberg News reported that the U.S. Consumer Product Safety Commission was considering a ban on gas stoves. The head of the agency later issued a statement saying that was not the case.

“Over the past several days, there has been a lot of attention paid to gas stove emissions and to the Consumer Product Safety Commission,” wrote Alexander Hoehn-Saric, the commission’s chairman. “Research indicates that emissions from gas stoves can be hazardous, and the CPSC is looking for ways to reduce related indoor air quality hazards.  But to be clear, I am not looking to ban gas stoves and the CPSC has no proceeding to do so.”

Hoehn-Saric’s statement notwithstanding, politicians started weighing in on gas stoves, which quickly became part of the culture wars. Conservative lawmakers seized on the story, and Fox News declared: “Biden is coming for your gas stoves.”  A White House spokesman responded that, no, President Biden does not want to ban gas stoves.

While it may be decades before the mass production of gas stoves undergoes a significant change, further consideration of the use of the appliance has emerged as a public policy priority for environmental advocates.

“For better or worse, the politics of this have catapulted this issue, which we’ve known about for 50 years but was relatively obscure, into something that I think millions of people now know about, which to me is like the biggest win,” said Brady Seals, one of the authors of the RMI study. “I think the most dangerous thing is that people just didn’t know about this. And I mean, maybe I’m an optimist, but I think most people are reasonable and aren’t taping themselves to their gas stoves or thinking that the government is going to come take your gas stoves because of course, that was never going to happen. But they are thinking and they’re side-eyeing their gas stove at home.”

Lisa Patel, deputy executive director of the Medical Society Consortium on Climate and Health and a pediatrician, said it is unfortunate whenever politics is injected into science.

“I think it’s a shame because when we take some large steps back and ask ourselves, ‘What is really important here?’ Health is important. Children’s health is important,” she said. “And it’s unfortunate to me that in all this political noise, we’re sort of losing sight of that.”

“What this comes down to is ensuring that we live in healthy homes where people are breathing clean air.”

Patel said there are three pollutants from gas stoves that are of concern: particulate matter, nitrogen dioxide and carbon monoxide. And while there are health concerns tied with those pollutants—including asthma, cardiovascular disease and cancer—researchers say there are also climate change concerns: a 2022 study estimated that the emissions from a gas stove released as much benzene per year as roughly 60,000 cars.

Robert Dubrow, an epidemiology professor and director of the Yale Center on Climate Change and Health, Environmental Health Sciences, said gas stoves are an important issue both for health and for climate.

“Even if climate change were not happening, were not a problem, due to the health reasons alone, we should be phasing out gas stoves,” said Dubrow.

“We need to collect more data,” he added. “And I think what the data would show would continue to support that, ‘Yes, those are harmful to health.’”

Patel said the news of gas stoves was met with a little bit of defensiveness and some denial because people don’t want to believe that something they’ve had in their homes all this time, could be damaging to their health. But she hopes over time that people look at the evidence.

“We know what the evidence says about these gas stoves—there’s really no refuting that,” she said. “I think it’s just going to take some time for it to sink in for folks after the emotional reaction is over, to really be able to apply more of a scientific lens to this problem.”

Patel said as more people switch to induction cooktops and it feels more normal—similar to when the rules changed and people stopped smoking indoors—it will become “more culturally familiar to people and the emotional reaction to it will die down.”

In a Jan. 13 press release, a spokesman from the American Gas Association said the RMI report was “funded by non-governmental organizations working to advance their agenda to remove consumer energy choice and the option of natural gas, is not only advancing bad science, but is recklessly creating fear for homeowners without cause.”

The release also said “organizations that are making these allegations are relying on reports that did not test natural gas stoves and have ignored research that found no association between gas stoves and asthma.”

She added: “That’s fine. I’m here to protect children’s health. And so my message is quite different.” 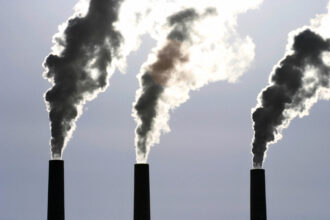 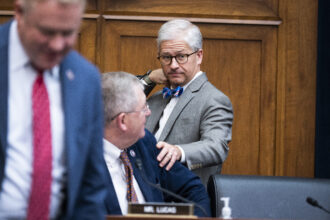 Republicans Are Primed to Take on ‘Woke Capitalism’ in 2023, with Climate Disclosure Rules for Corporations in Their Sights