A new study brings researchers and environmental advocates closer than ever to tracing whether toxic chemicals spewing out of natural gas production sites are making their way into the bodies of people who live and work nearby.

The research, published last week, brought together for the first time air monitoring at oil and gas sites with what’s called biomonitoring—the tracking of what’s in human tissues or fluids. The results indicate harmful compounds were emitted from certain gas sites near the fracking town of Pavillion, Wyoming. Some of those chemicals, such as benzene and toluene, were then found in the air at surrounding farms and the analysis found traces in the urine of participants in the study.

The study was small (11 participants) and not peer-reviewed, but the findings suggest gas emissions were probably making their way into people’s bodies, said study author Sharyle Patton, director of the California-based Commonweal Biomonitoring Resource Center.

But Patton said her team couldn’t conclusively prove the chemicals observed in the air are the same ones showing up in Pavillion residents. “The chemicals don’t have a return address, unfortunately,” she said.

Patton said the results show a larger investigation is warranted and could provide a more robust link.

For oil and gas facilities near communities, “we need to have a systematic way to evaluate people’s safety and to advise people on what they need to do to protect themselves,” said David Brown, an environmental public health scientist at the Southwest Pennsylvania Environmental Health Project. “Or if they can’t protect themselves, to get away.”

This study is a good first step toward that goal, said Brown, who provided guidance to the researchers on assessing the impacts of weather patterns on their air data.

A big reason this novel study was even attempted is because the citizens of Pavillion “were very concerned about their health and the results of being exposed to what the production sites were releasing,” said Wilma Subra, an environmental health expert who helped with the study.

Officials at Wyoming’s Department of Environmental Quality and Department of Health told InsideClimate News they are reviewing the study and would not comment until they do.

Pavillion, a town of about 240 people in north central Wyoming, is no stranger to oil and gas development—and its potential for pollution. As oil and gas development rapidly expanded there in the 1990s, residents started complaining of polluted drinking water. The Environmental Protection Agency eventually stepped in and released a draft study in 2011 indicating that oil and gas activities had contaminated the town’s water.

But after a backlash from the energy industry and state politicians, the EPA ended its investigation in 2013 and handed over monitoring duties to state regulators at the Wyoming Department of Environmental Quality. The state has not yet identified proof of contamination; however, a study published earlier this year by Stanford University researchers found evidence that groundwater has been affected. Residents are also concerned about air pollution.

The study was conducted in August 2014. Because of limited resources, the researchers studied only 11 participants, all local farmers who had volunteered. The data collection involved sampling the air quality multiple times a day for a week at gas well pads, using different types of equipment such as infrared cameras to detect gas leaks; it also involved the volunteers wearing air sampling devices called sorbent tubes for at least an hour at a time while working on the nearby farms. The researchers were specifically measuring the levels of volatile organic compounds (VOCs)—chemicals that pose health threats—in the air.

Several blood samples and urine samples were also collected from each participant for at least two days. When analyzing these samples, using a slightly modified method from one developed by the Centers for Disease Control and Prevention, researchers looked for evidence of these same chemicals being processed, or metabolized, by the body.

The laboratories processing the air samples identified a total of 65 types of VOCs; some were found at levels exceeding the short-term exposure limits set by the EPA and the Agency for Toxic Substances and Disease Registry. For example, the highest concentration of the carcinogen benzene observed at a gas site (780 parts per billion) and the median observed level (360 ppb) both far exceeded ATSDR’s minimal risk level for general health problems in the short term (9 ppb) and EPA’s short-term exposure limit for cancer risk (0.04 ppb).

Fewer chemicals were observed—and at far lower levels—in the irrigation fields where the participating farmers were working. Still, some of them, including benzene and naphthalene, a compound that can cause liver and neurological damage, exceeded EPA’s short-term exposure limits.

“There has been a really strong and continually growing body of literature now for various volatile and semi-volatile contaminants in the air surrounding oil and gas operations,” Christopher Kassotis, a Duke University environmental scientist, wrote InsideClimate News in an email. (Kassotis was not involved in the study.) “So it was not terribly surprising to see this body of work support those levels and provide some additional clarity.”

The biomonitoring part of the study similarly found some high levels of metabolites—the chemicals in processed form—in the urine samples. For example, several of the metabolites, including one associated with benzene, exceeded what’s generally found in the entire population. The researchers were not able to analyze whether such chemicals were also in the blood samples.

“It’s important to note that this is not peer-reviewed,” said Kassotis. “It’s absolutely great preliminary data” that could be used to get funding for more work, but he cautioned against “generalizing any of these study results or directing any sort of causation to the elevated levels in people without additional study.” 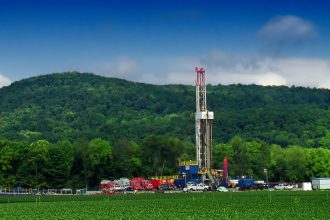 What Chemicals Are Used in Fracking? Industry Discloses Less and Less 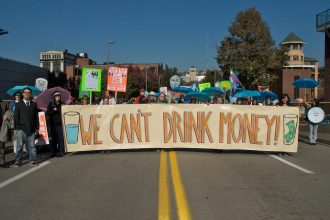 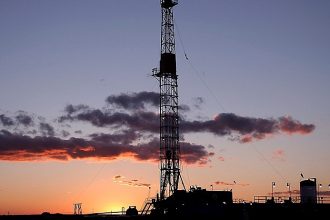