The United States gets about 40 percent of its electricity from carbon-free sources, including renewables and nuclear, and researchers have a pretty good idea of how to cost-effectively get to about 90 percent.

But that last 10 percent? It gets expensive and there is little agreement about how to do it.

A new paper in the journal Joule identifies six approaches for achieving that last 10 percent, including a reliance on wind and solar, a build-out of nuclear power and development of long-term energy storage using hydrogen.

This isn’t a matter of one pathway winning out over the others, said Trieu Mai, the paper’s lead author and senior energy researcher for the National Renewable Energy Laboratory in Golden, Colorado.

“A 100 percent carbon-free power system will require a portfolio of resources,” he said. “But humility is needed to accept that we don’t know what the optimal mix to solving the last 10 percent” is going to be.

The larger point, he said, is that researchers and industry need to be doing the work now to figure out which technologies are the most viable in order to meet the goal, set by the Biden administration, to get to net-zero emissions in the electricity sector by 2035.

Here are the six options from the paper, along with what I see as their pluses and minuses:

In the current grid, more than one-third of the country’s power plant capacity is needed to meet roughly the last 10 percent of demand, according to the NREL paper. This means there are hundreds of power plants that sit idle most of the time, but are an essential resource for making sure that there is enough electricity to meet demand on the hottest and coldest days of the year.

Much of this “peak power” is provided by natural gas power plants, which can ramp up and down on short notice. But those plants will need to close or find a way to store their emissions in a carbon-free grid.

The paper is diplomatic as it wades into some of the most contentious debates in the energy world.

A growing segment of energy researchers say that the electricity system can run on 100 percent renewable energy, which would mean renewables and energy storage would provide the last 10 percent. This approach sees no good reason to build new nuclear plants or to use carbon capture systems on fossil fuel plants, citing high costs and a variety of other concerns.

At the same time, a sizable group of energy researchers maintain that nuclear and carbon capture are essential parts of getting to carbon-free electricity. This side has doubts about the ability of renewable sources to meet all needs, citing concerns about the availability of land and the intermittent nature of wind and solar. They note that wind and solar are not a low-cost option when taking into account the amounts of storage and power line capacity needed to make those resources reliable for meeting peak demand.

Mai acknowledged the strong feelings surrounding some of these questions.

“We just want people to recognize that within each option, there are tradeoffs,” he said. “We recognize the degree of uncertainty with all of these technologies, and we need to lay that out on the table.”

Also, he pointed out that the paper is asking a specific question about meeting the last 10 percent of electricity demand, and that there is a separate, and also important, question about the right mix of resources for getting to 90 percent carbon-free electricity.

To get to 90 percent, roughly double the current share, he thinks wind, solar and battery storage will play major roles, along with additional interstate power lines.

So it’s possible to say that the country should have much more renewable energy than it does today, and also say that it’s an open question whether wind and solar are well-suited to provide the last 10 percent.

Within all of this is something encouraging: Researchers and energy companies have figured out how to start the transition to 100 percent carbon-free electricity and they have a pretty good idea of what the in-between steps will look like. Now, they are beginning to dig deep on how this journey to a carbon-free grid may end.

How Solar Kept the Lights on After Fiona Left Puerto Rico in the Dark: Hurricane Fiona knocked out power to nearly all of Puerto Rico, leaving consumers with solar and batteries as some of the only people with the lights on. Since 2017, more than 40,000 Puerto Rican households have installed or are installing rooftop solar, according to my colleague Kristoffer Tigue, citing a report from the Institute for Energy Economics and Financial Analysis. But the Puerto Rican government could have done much more to embrace renewables and move away from fossil fuels since the devastation of Hurricane Maria in 2017. “We’re fine,” said Arturo Massol-Deyá, who uses solar panels and battery storage to power his house, speaking with Tigue. “Basically, we’re waiting for the sun to shine again—we don’t have damage, all the infrastructure is in place and it’s running. It was running during the hurricane.”

More Than Half of U.S. Car Sales Will Be Electric by 2030, BloombergNEF Says: The passage of the Inflation Reduction Act with its incentives for electric vehicles is one of the main reasons that BloombergNEF now expects that EVs will be 52 percent of new car sales in 2030. This is a substantial change from the research group’s previous forecast showing EVs would be 43 percent of sales by 2030, as Ira Boudway reports for Bloomberg. The new federal law contains incentives for consumers buying EVs along with incentives for companies making investments in the United States to build EVs and batteries.

Watchdog Report Says Department of Energy Falling Short on Oversight of Advanced Nuclear: The Department of Energy needs to improve its oversight of large nuclear power demonstrations to help reduce the risk of squandered federal investments, according to a new report from the Government Accountability Office. The report focuses on two offices within the Energy Department that are overseeing three large demonstrations of advanced nuclear technologies, as David Iaconangelo reports for E&E News. “Advanced nuclear” can include a variety of technologies, like small modular reactors, which are nuclear reactors that can be made in a factory and are designed to eventually be more flexible and affordable than previous generations of reactors. The three planned projects—NuScale Power’s Carbon Free Power Project in Idaho, TerraPower’s Natrium demonstration in Wyoming and X-energy’s Xe-100 demonstration in Washington—have received $4.6 billion from the department. The department needs to improve oversight of the projects, including by using external independent reviews, which could help to address “organizational biases” that make agency officials overly optimistic about a project’s chance of success, the report said.

Why Does Duke Energy’s Carbon Plan Shortchange Solar?: North Carolina utility regulators have begun hearings on Duke Energy’s plan for complying with a state law that requires the company to cut its emissions by 70 percent compared to 2005 levels by 2030. Duke has put forward four different proposals for regulators to consider, only one of which would meet the 2030 target and all of which would call for building about 2,000 megawatts of new natural gas power plants, as Jeff St. John reports for Canary Media. Environmental advocates and many others are urging a rejection of all of Duke’s proposals and suggesting plans that would rely much more on renewable energy and cost much less. This is a version of a conflict playing out across the country, as utilities want to stick with the resources they are most familiar with and are skeptical of evidence that renewables can play a much larger role.

EV ‘Range Wars’ Could Boost Vehicle-to-Grid Potential, Say Automakers: Automakers at a battery conference said they are engaged in a “range war” to win over consumers by offering products that can drive for longer before needing to recharge. The discussion at the conference in Novi, Michigan, included some of the benefits other than range, like the ability of EVs to supply electricity to the grid, as Robert Walton reports for Utility Dive. “It’s not just the range. It’s the energy capacity,” said Karl Plattenberger, chief engineer of powertrain and thermal systems at Mahindra Automotive North America, a maker of electric tractors. “The utility companies are not just looking at this EV expansion as a demand they have to satisfy. … It’s also going to be critical with regard to sending energy back to the grid.” 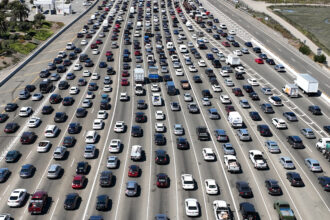