Oklahoma regulators released for the first time guidelines aimed to reduce the risk of major earthquakes being generated from fracking operations, including a mandate to immediately shut down operations in the event of a quake measuring 3.5 or higher on the Richter scale.

State officials at the Oklahoma Corporation Commission have tried a series of steps in recent years to bring down the number of earthquakes likely linked to local oil and gas activity. All the previous initiatives, however, focused only on underground oil and gas wastewater disposal triggering earthquakes, not hydraulic fracturing activities used to stimulate a well before extraction.

The new voluntary rules, which are now in effect, instruct companies on how to respond to magnitude 2.5 earthquakes or greater that strike within 1.25 miles of their fracking operations.

If the nearby earthquake has a magnitude of at least 3.5, for example, the company should suspend operations and cooperate with state officials on subsequent steps. For smaller earthquakes, state officials will contact companies but it may not necessarily result in a shutdown.

The state’s oil and gas areas most likely to be impacted by the guidelines are called the South Central Oklahoma Oil Province (SCOOP) and the Sooner Trend Anadarko Basin Canadian and Kingfisher counties (STACK). There are about 35 active fracking operations in the SCOOP and STACK, according to Matt Skinner, a spokesman for the Oklahoma Corporation Commission, and those numbers are expected to increase next year.

Since early July, geologists identified more than a dozen small earthquakes, all less than magnitude 3.0, across the SCOOP and STACK that weren’t near any deep wastewater injection wells. Experts say these events could be linked to nearby fracking operations.

But most of the state’s earthquakes, including the bigger events, have occurred elsewhere;  experts say they are likely tied to wastewater disposal.

Oklahoma has experienced thousands of earthquakes since 2009, when oil and natural gas production increased. The state had a record-high 3,309 earthquakes of at least magnitude 2.5 in 2015. 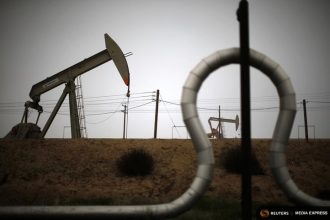 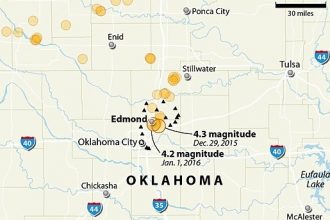