Yeb Saño is commissioner of the Philippines Climate Change Commission.

No one who was there–and survived–will ever forget Nov. 8, 2013. The strongest storm in the history of humanity devastated Tacloban and many other cities and towns in the Philippines. Three days after Super Typhoon Yolanda hit, I stood on behalf of the Philippines at the United Nations Climate Change Conference in Warsaw. I appealed to the whole world to take urgent action to address climate change.

Yolanda devastated communities and claimed thousands of lives. My own brother A.G. Saño, whose environmental and peace murals have adorned many walls around the country, was in downtown Tacloban when the storm hit. He bravely helped gather the bodies of the dead for several days. He is truly my hero. Every single person who works tirelessly on the ground to make people’s lives better joins the true heroes of our times.

When we talk about heroes and about saving humanity, it means humanity needs saving.

Let me summarize the planetary problem in three words. They all start with the letter A.

* Arrogance, the belief that one is more important than nature or than other people.

* Apathy, which I would explain by borrowing the words of Robert Swan: “The greatest threat to this planet is the belief that someone else will save it.”

Because of avarice, arrogance and apathy, we find ourselves in a deadly mix of problems that devastates the environment, drives more people into poverty, and destroys the moral fabric of society.

In the first week of September 2014, I joined a voyage to the Arctic, which I consider the iconic harbinger of climate change, because it manifests the earliest signs.

The scenery was astonishing. But what was also mind-blowing was the fact we had internet access in the middle of the Arctic Ocean. On top of that, we had the fastest Internet access in the world! The Norwegian archipelago of Svalbard lies about halfway between Norway and the North Pole.  So, the island group is ideal for collecting satellite data. From Svalbard’s satellite station, the Norwegian Space Center (NSC) can view all 14 daily circuits of polar-orbiting satellites. The NSC supplies data to NASA. Instead of waiting for satellites to relay weather information to NASA and other customers, the NSC can send transmissions, via its undersea cables, at speeds approaching real time—up to 1,280 gigabits per second. That’s top speed internet at 160 Mbps! And of course, nobody is hogging the bandwidth, as only about 2,500 people live there.

This is the future happening today. Technology is changing the way we understand the planet, and the universe. We see it before our very eyes.

BUT (a very big BUT) we are likewise changing the planet in ways that are not so good.

Fish stocks are plummeting. Coral reefs are disappearing. The world is losing 13 million hectares of forests every year. Many freshwater bodies are biologically dead. The mountains are denuded and our sources of water are becoming compromised with the continued abuse of the environment in the name of economic progress. As a result of human neglect, we suffer from massive floods, disease epidemics, and a host of other environmental problems. Species extinction is at its highest rate ever. And then, we have climate change–the most serious problem that humanity has ever faced.

As I stood on top of the sea ice in the Arctic Ocean, I had an overwhelming feeling of foreboding. It was a maudlin moment. The place was magical, but fragile. It is in danger of being lost forever. I’m talking about thousand-year-old ice just breaking off and collapsing into the sea.

But I also had a really strong feeling of epiphany! I felt that this extremely cold, icy place is so connected to my own home country 5,500 miles away. I realized that I was there to connect the dots–very clear and big bold dots of climate change. What’s happening in the Arctic is not isolated from what’s happening elsewhere. The stronger typhoons we will be facing are starkly intertwined with the melting of the Arctic, which is happening at an unprecedented rate.

The bigger question is how do we turn things around? We are at a crossroads. There are two paths before us. The choice is ours.

We can build this dream of pursuing the path of hope. We must embrace positive change, which is all about changing mindsets and thinking out of the box.

First of all, money is available somewhere. Second, who doesn’t want a livable and sustainable city? Third, we’re tired of being in the dark.

But truly, everything is about going back to what matters most. What is here to stay is connectedness. For example, let’s consider how technology can help us address risk, especially how to build the right defense systems against extreme weather events.

Almost every new smartphone has a barometer, thermometer and a hygrometer built into it. Some models can even measure wind speeds. The ubiquitous cellphone now has become a potent weather station. With all these phones networked, technologists can collect data before and during extreme weather events. The wealth of data is very powerful. Indeed, the crowd is truly powerful. I have huge faith in the crowd–which represents humanity. Clean energy projects? The crowd can fund those. Storm-resilient homes? The crowd can fund those. Sustainable agriculture? The crowd will want this. Promotion of peace? The crowd will do it. Solving climate change? The crowd will. If world leaders fail to address climate change adequately, the crowd will solve it.

This, however, requires more than a reboot. It demands nothing less than a rebirth.

If we are to confront our problems as a global community effectively and pursue that bright future, we must build better nations–eradicate poverty, get rid of corruption, build resilient and sustainable communities, promote honor, excellence, and integrity. The fight against climate change is part of a larger struggle for a more just, equitable, and caring world.  It will require a lot of work on these ten I’s: Institutions. Investments. Information. Intelligence. Infrastructure. Interaction. Implementation. Instruction. Integration. Inclusion.

Despite the gargantuan challenge, climate change offers the human family and the community of nations the rare but golden opportunity to achieve transformative change. For us to weather the storm and survive, we must embrace positive change. It is simply our only option. Leaders who care about our planet’s future and who will promote social good must emerge.

A lot of people ask me why I do what I do and why I say what I say. I can tell you a thousand reasons why it is important to care for the environment and care about the social good. But there is one motivation that keeps me going. I want to wake up in the morning, hug my wife and kids, and be able to look my kids in their eyes, and tell them that I have done my best to make the world a better place and leave them a better future.

On Sunday, hundreds of thousands converged on the streets of New York for the most massive climate march in history. The People’s Climate March is an important moment that can change the course of history. And it is not just a moment–it has become a movement. People are standing up against greed, against arrogance, against apathy. We must stand with them. We must welcome the light, stand proud and embrace this planetary awakening. This is a battle we cannot afford to lose. Sing forth the message, ring out with courage, proclaim the hope in our hearts, and change the world, now. 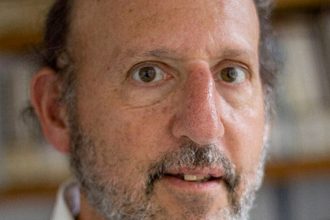