If automakers weren’t already planning for a rapid transition to zero-emissions vehicles, they probably should now.

California Gov. Gavin Newsom issued an executive order on Wednesday that bans the sale of new gasoline-powered cars and trucks as of 2035, an aggressive move to curb emissions that is likely to reverberate across the global auto industry.

The 2035 target, the first its type by a U.S. state, shows that California is taking steps that are needed to meet its goal of getting to net-zero emissions by 2045.

The order is the latest in a series of signals from government leaders around the world that the days of the internal combustion engine are numbered. But Newsom’s action is likely to face legal challenges. Newsom described the order as a response to the emergency of climate change and poor air quality.

“For too many decades, we have allowed cars to pollute the air that our children and families breathe,” Newsom said. “Californians shouldn’t have to worry if our cars are giving our kids asthma. Our cars shouldn’t make wildfires worse—and create more days filled with smoky air. Cars shouldn’t melt glaciers or raise sea levels threatening our cherished beaches and coastlines.”

Transportation accounts for 41 percent of the state’s emissions, more than any other source.

The Alliance for Automotive Innovation, an auto industry trade group, said in a statement that its members are committed to expanding the market for EVs, but “neither mandates nor bans build successful markets.”

Ford and General Motors, which are members of the trade group, issued their own statements, highlighting their EV plans and not commenting on whether they support or oppose the order.

Ford said it agreed with Newsom that “it’s time to take urgent action to address climate change.” GM said that the company “has demonstrated an unwavering commitment to an all-electric future.”

But it’s not clear that the order will survive legal scrutiny. Matt DeLorenzo, a senior managing editor for Kelley Blue Book, said Newsom’s executive order is likely to be upheld or struck down as part of the existing federal court challenge over whether California can set its own tailpipe emissions rules. The Trump administration is arguing that the state does not have the right to set emissions standards.

In addition, DeLorenzo said, “Beyond the question of whether or not California can set its own emissions will certainly be the question of the ban violating the interstate commerce clause.”

Newsom made his announcement as the state tries to recover from a horrific stretch of wildfires and after saying that he would soon be taking bold actions to fight climate change.

California is the country’s largest automotive market, with drivers in the state accounting for about 10 percent of the miles traveled in motor vehicles in the United States.

Considering the importance of the state for the U.S. market, Newsom’s order “is a signal that the age of the gasoline car has an expiration date,” said Costa Samaras, a civil and environmental engineering professor at Carnegie Mellon University, in an email.

“To reach our climate goals, we need to scale up the amount of electric vehicles available, ensure these are affordable for everyone, and also expand public transportation, walking, and biking, and housing initiatives to reduce the total miles traveled,” he said.

The order says the California Air Resources Board will write rules that require all new cars and trucks sold in the state as of 2035 to have zero emissions. The cars could run on electricity or any other technology that has zero emissions.

By setting the target, California joins about a dozen countries that have set rules for a transition away from gasoline vehicles.

Among them is the United Kingdom, which set a target of 2040, but Prime Minister Boris Johnson’s government may move that up to 2030, according to media reports in recent days.

Norway, the global leader, where more than 60 percent of motor vehicles are already EVs, has set a 2025 target. France and Ireland, among other countries, also have set targets.

Because of those other examples, automakers already know they will need to make major changes to the products they sell, said Don Anair, a deputy director in the clean vehicles program at the Union of Concerned Scientists.

“This shouldn’t come as too much of a surprise to automakers,” he said. “They are global companies and they are facing these realities around the globe.”

He said the 2035 target allows for a phaseout period so that nearly all gasoline vehicles are off the road by mid-century. This is an important step toward the state being able to reach the goal of getting to net-zero emissions by 2045.

The big loser in a rapid move to EVs would be the oil industry. The American Energy Alliance, which supports the fossil fuel industry, issued a statement saying consumers, not “bureaucrats in Sacramento,” should be able to decide what they drive. 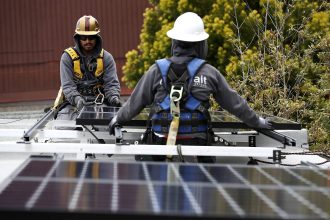 Inside Clean Energy: In South Carolina, a Happy Compromise on Net Metering 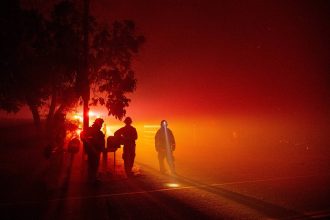 Inside Clean Energy: What We Could Be Doing to Avoid Blackouts 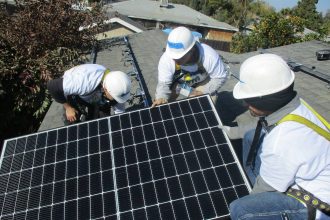 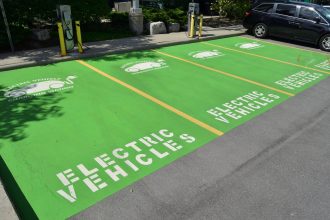