The American public’s awareness, understanding and concern about climate change is at or near record highs, according to a new analysis by researchers from Yale and George Mason universities.

This high point in public concern about climate change comes at the same time that Americans elected President Donald Trump despite his frequent denial of climate change and his pro-fossil fuel policies. How did that happen?

This new analysis, released last week, offers some clues. The study is based on a national survey of 1,226 people that was conducted after the election, between Nov. 18 and Dec. 1. The researchers found 70 percent of Americans now believe in global warming and 55 percent understand it’s caused largely by humans. These are both slight increases over last year and  approach the record levels from 2008, when researchers first started tracking public perception on the issue.

Although these levels are relatively high, they “have a lot of room to grow,” said Anthony Leiserowitz, director of the Yale Program on Climate Change Communication.

Reflecting on Trump’s election win, Leiserowitz told InsideClimate News: “It’s clear this was not a climate change election.” But while climate change is not at the top of many voters’ priority lists, he said it “is certainly moving in the right direction.”

He pointed to the survey results on public perception about climate risks. According to the analysis, compared to two years ago, more people in the U.S. now believe global warming could harm people in developing countries, in the U.S., future generations, their family and even them personally.

Still, there are some glaring gaps in public perception. Only 15 percent of survey participants understand that virtually all climate scientists are in agreement that human-caused global warming is happening and a dangerous threat. That’s up slightly since early 2015.

Many Americans are also pessimistic about whether people will respond to the climate crisis. For example, just over a third of participants think the American public can convince the U.S. Congress to take action to slow climate change. A similar number of people weren’t sure and a slightly smaller portion doesn’t think Congress can be convinced.

When it comes to climate change, “the solutions are here,” said Leiserowitz. “We can in fact solve this. This doesn’t require cold fusion. We can make a whole lot of progress accelerating, catalyzing, amplifying the tools we already have at hand. And that’s also something that is not fully understood. I think this is one of the most important things that still needs to be communicated.”

When researchers first starting tracking this issue in 2008, climate change understanding was becoming mainstream, with both presidential candidates, Barack Obama and John McCain accepting the scientific consensus. And in 2007, the Intergovernmental Panel on Climate Change released a report saying “the warming of the climate system is unequivocal” and they have “very high confidence” humans are largely to blame. That year, the IPCC and former Vice President Al Gore also won a Nobel Peace Prize for their climate work.

What will happen to the understanding of climate change during the Trump administration, Leiserowitz said, is an open question.

Leiserowitz added that  the women’s marches across the country and world last weekend were part of a countermovement to the Trump and conservative Republican agenda. “To what extent this community decides that it’s going to finally organize a powerful, political movement to win this [climate] issue is one of the big questions,” he said. “This is one of the biggest organizing opportunities.” 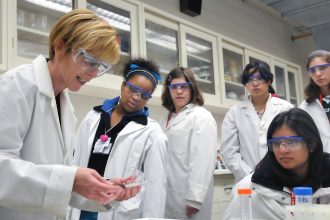 Science Teachers Are Teaching Climate Change, but Not Always Correctly 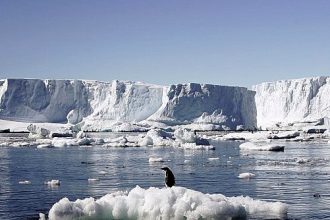