U.S. states eager for a piece of the fast-growing green economy are in a quandary: Budget cuts, combined with the expiration of key federal subsidies, mean less cash and an uncertain future for clean energy.

Now, a group of leading experts has produced a policy paper showing that the solution to the problem lies in a financing mechanism used in other countries and within reach of all states, simply called the “green bank.”

At its core, the green bank model turns state agencies into specialized lending institutions for loans and bonds to renewable energy and green building developers. The idea is that state clean economy ambitions won’t be at the whim of Congress or year-to-year budget constraints.

So far, only Connecticut has passed legislation to create a state green bank. Hawaii, Montana, Rhode Island and California are at various stages of considering similar proposals.

The 19-page report, by the Coalition for Green Capital, a nonprofit that advocates for green banks, and the Brookings Institution, a research organization, was timed to influence 2013 legislative agendas at a precarious time for clean energy.

President Obama’s $787 billion stimulus program—11 percent of which is incentives for renewable projects and programs—is all but tapped out. Congressional Republicans are pushing to end government support for renewables, including a $12 billion production tax credit for wind developers that’s set to expire Dec. 31.

“States really are more or less on their own if they want to pursue a large scale-up of low-carbon energy solutions,” said Mark Muro, policy director for the Brookings Institution’s Metropolitan Policy Program, in an interview. He called green banks “a worthy experiment in trying to make limited state revenues go farther.”

The idea, while controversial, isn’t new.

Australia, Germany and the United Kingdom all have designated green banks. In the United States, the 43-year-old federal Overseas Private Investment Corporation, an independent agency, provides financing for American investment abroad. In 2011, clean energy projects made up nearly 40 percent of its investment portfolio.

Reed Hundt, CEO and founder of the Coalition for Green Capital, and a former FCC commissioner, said he launched the coalition nearly three and a half years ago to drum up support for green banks in Congress and the states.

In 2009, the coalition backed an effort by Rep. Chris Van Hollen (D-Md.) to create a federal green bank that would have doled out $10 billion, or just over half of what was invested in U.S. renewable projects at that time. (In 2011, investments reached $51 billion.)

But the measure bumped up against rising conservatism in the Republican party, and it never came to a vote. “We couldn’t get across the finish line in the federal process. So we started working again with the states,” Hundt said in an interview.

Green banks could take a variety of forms, the paper argues. States, for instance, could create an agency that uses taxpayer dollars to finance loans, much like state transportation authorities do. Or they could set up a quasi-public authority that combines taxpayer and ratepayer money with private investment from financial institutions or foundations.

In any form, green banks would be run as nonprofit organizations, which allows them to charge lower interest rates than commercial banks. This is key, say clean energy advocates. “If the cost of capital goes down, the price you need to charge people for clean energy goes down,” Hundt said.

Perhaps most important for advocates, though, is that bonds and loans ensure a revolving pool of cash for new projects—assuming they’re paid back. That’s unlike one-time grants for clean energy projects or rebates for energy-efficiency retrofits.

Not all clean energy supporters believe green banks are necessarily a step in the right direction.

“Fire-and-forget” cash grants and rebates have been “a booming success” in driving renewable installations and R&D, according to Ian Bowles, who served as Massachusetts secretary of energy and affairs from 2007 to 2011, and who chaired the Massachusetts Clean Energy Center, which invests in clean technology companies. Bowles is now managing director of WindSail Capital Group, a cleantech investment firm he co-founded last year.

In Massachusetts, he said, solar installations soared nearly 800 percent since 2009, to 143 megawatts today, while wind power has jumped by 300 percent to 61 megawatts of installed capacity, thanks to one-time incentives. The number of clean economy jobs in the state grew by 11 percent last year to more than 71,500 people.

Bowles said the risk of a loan approach is more bureaucracy without much benefit. “You could end up setting up a system that is too cumbersome and too expensive from the legal perspective.”

“There’s a lot of experimentation going on outside of Washington, and I think Connecticut is the hotbed for this new approach,” Dan Esty, commissioner of the state’s Department of Energy and Environmental Protection, told InsideClimate News. Its mission, he said, is to bring “cheaper, cleaner and more reliable energy.”

CEFIA, launched a year and a half ago, is still ramping up. It currently receives about $30 million a year from a small surcharge tacked onto ratepayers’ monthly electricity bills, less than one cent per kilowatt-hour. A small amount also comes from cap-and-trade proceeds collected from power plant operators under the Regional Greenhouse Gas Initiative.

The bank couples that money with grants from private foundations or investments from financial institutions. So far, it’s spent $16 million in public funds and $43 million from private sources on more than 900 clean energy projects, mainly in the form of rebates, said David Goldberg, CEFIA’s director of government and external relations.

Over the next three years, an additional $14 million in ratepayer dollars will be plowed into a competitive bidding program for developing and deploying three technologies: solar hot water systems for commercial buildings; “brown” energy projects that convert food waste, plants and manure to energy through anaerobic digestion; and combined heat and power systems, which capture waste heat and electricity from generators and reuse it in nearby homes and businesses.

Goldberg said it hopes to finalize a deal in the coming months that would pair another $15 million of its public funds with about $75 million in new private capital. The bank would distribute that as loans or other financial tools to developers of residential projects like rooftop solar installations or home retrofits.

State legislators recently gave CEFIA the authority to issue up to $50 million in bonds from the state treasury.

Further, in January, the bank plans to launch a Property Assessed Clean Energy (PACE) program for commercial properties, Goldberg said. That program—which will be the first statewide initiative of its kind in the country—will allow property owners get loans from the green bank to pay for energy-saving retrofits and renewables. They will repay the debt through a special assessment tacked onto to their annual property tax bills.

Advocates in Hawaii and Montana are looking to Connecticut to help inspire green bank bills in their legislatures.

Hawaii has abundant wind and solar energy resources, but it still relies largely on imported oil for its electricity, an expensive resource that’s subject to extreme price swings on the global market.

“There’s some pent-up frustration with people seeing the state’s [renewable] potential and not getting there as fast as they’d like to,” said Ian Hodges, owner of Responsible Markets LLC, a “venture catalyst” based in Maui that helps negotiate investment deals.

Hodges said he worked with state legislators earlier this year on a pair of green bank bills, both of which failed to come to a vote after budget battles took center stage. He said the goal is to get new legislation introduced in the 2013 session.

In Montana, meanwhile, a small group of grassroots and legislative leaders are trying to spark interest in a green bank, with hopes that a measure might get passed in the next few years.

Lacking options to go green, residents and businesses “need a finance mechanism that’s going to make it as small a financial burden as possible” to invest in efficiency upgrades or solar panels, Le Seur said. “People just don’t have the kind of cash flow” to go it alone.

La Seur has teamed up with state Rep. Mary McNally to begin discussions with the state’s utilities and financial institutions and with experts from the Coalition for Green Capital. La Seur founded and formerly headed the nonprofit Plains Justice, a grassroots organization that gives legal help to communities on clean energy and other issues. McNally serves on its board of directors.

Le Seur said that to curry political favor for a green bank, any proposal would likely have to make all energy sources eligible for loans, because of the state’s prominent fossil fuel industries. Montana is currently undergoing a lucrative boom in crude oil production as more drillers seek to exploit the Bakken oil formation.

Even so, renewables should be the big winner. “Fossil fuel generation tends to be economic at a much larger scale that renewables, so I think the projects that are more likely to get funded would be renewable energy projects,” Le Seur said.

One of the biggest challenges is timing.

Montana’s legislators work part-time and meet once every two years.  La Seur said the goal is to get policymakers talking about a green bank in 2013, and to then form an interim committee to craft legislation in 2014, which would ideally get passed in the 2015 session. “That’s the first time there’s any reasonable possibility that this could happen,” she said. 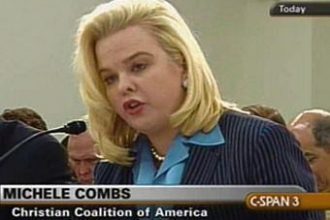 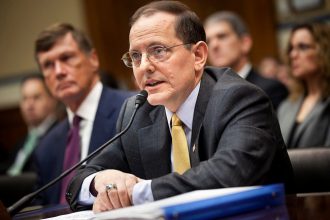 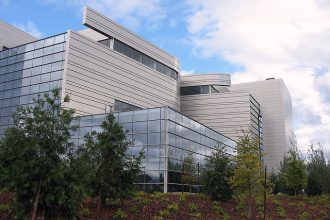