DETROIT, Mich.—As major cities across the globe begin to take a leading role in the world’s response to climate change, one U.S. metropolis has a decidedly grassroots approach to preparing for a wetter, warmer world.

In Detroit—a city that faces a myriad of pressing socioeconomic and environmental challenges—local residents are working on a plan to mitigate the long-term impacts of climate change.

Unlike the climate action plans drafted by city governments in places like New York, Chicago and Boston, Detroit’s green roadmap is spearheaded by the Detroit Climate Action Collaborative (DCAC), a non-profit coalition of residents, business leaders, institutions, and others, convened by the Detroiters Working for Environmental Justice.

Densely populated urban areas find themselves on the front lines of climate change as sea levels creep up coastlines and higher temperatures intensify in cities because of all the concrete, turning them into heat islands. To fight back, cities from Salt Lake City to Shanghai and beyond are ramping up efforts to reduce greenhouse gas emissions and adapt to new climate realities—stepping in where regional and federal governments fall short.

The motivations are as economic as they are environmental.

“Climate action plans can falter if people believe they’re having to make a tradeoff between clean environment and jobs and business success,” said Sam Adams, former Mayor of Portland, Ore., and director of the U.S. climate program at World Resources Institute, a Washington-based think tank. “And I think if you approach it in a smart fashion, that’s a false choice.”

Anything Detroit does to contribute to these efforts will be a small drop in the global bucket, but local advocates say the Motor City presents a unique opportunity to try to reinvent urban living as it deals with a changing climate. After all, the city emerged from Chapter 9 bankruptcy less than two years ago and is looking to rebuild its crumbling infrastructure and blighted neighborhoods. Why not tackle those problems while reviving the city’s legacy of technological innovation and manufacturing prowess?

“Detroit was at the center of an industrial economy in the United States, and has the gravity to help push us in the direction to have a cleaner more equitable economy in the future,” said Cory Connolly who works with Detroit-based Lean and Green Michigan, which helps individuals and businesses finance renewable energy projects.

Connolly believes solar power and other distributed energy technologies could have a similar liberating effect on people similar to the one its famed automobile industry once had.

“It’s not just they’re cleaner,” he adds, “but they also are more empowering in different ways, in terms of the opportunities for distributed ownership and disaggregation of a sector of the economy that’s largely been aggregated over time.”

Critics might say solar panels and sea level rise are a lower priority in a city with the country’s second-highest murder rate and where unemployment levels are twice the national rate. Why set emissions targets when the city’s public schools are $3.5 billion in debt? But for Detroit’s environmental advocates, climate change and cleaner energy are not luxuries to be addressed once Detroit fixes its other problems. Instead, they are part and parcel of making it a safer, healthier, and economically viable place to live, while combating the idea that the city is hopelessly resigned to poverty and pollution.

Before launching her community-based approach to Detroit’s Climate Action Plan, Knott spent almost 11 years working for Congressmen from both sides of the aisle. She says she has always been intrigued by issues of justice—particularly environmental justice—and was recruited in 2009 to serve as director of policy at Detroiters Working for Environmental Justice. That year, Knott attended the climate talks in Copenhagen. She recalled meeting with a top African negotiator and being struck at how much that continent’s environmental justice struggles paralleled those in Detroit.

“So, looking at the Copenhagen accord, and seeing that all these cities and the world had committed to reducing carbon pollution—and Detroit was not on the list—that’s actually what made me, what compelled me, to come back to Detroit and start the climate action plan,” Knott said.

By 2011, the multistakeholder DCAC was formed, with the goal of reducing the city’s greenhouse gas emissions and boosting its resiliency to climate impacts.

For any city seeking to limit its climate impact, a first major step is understanding exactly what that climate impact is. Getting access to city-level emissions data can be very challenging, said WRI’s Adams, but it’s critical to ensuring climate action plans are rooted in reality. In September 2014, DCAC took matters into its own hands, partnering with University of Michigan students to compile the city’s very first greenhouse gas inventory.

The study found that in 2011 and 2012, citywide emissions totaled 10.6 million metric tons, nearly two-thirds of which came from electricity and natural gas use in the city’s aging building stock. Impoverished Southwest Detroit is also home to the state’s only oil refinery. Owned by Marathon, it can process 100,000 barrels of Canadian tar sands crude a day. Per capita, Detroit’s carbon emissions were 27 percent lower than the national average, but the researchers said this gap may be attributed to different and more comprehensive accounting methods at the national level.

DCAC has also worked with the Great Lakes Integrated Sciences and Assessments center, a NOAA-funded partnership between University of Michigan and Michigan State University, to produce an information sheet charting existing and potential climate impacts on Detroit.

That research showed that average annual temperatures increased by 1.4 degrees Fahrenheit from the period 1961-1990 to the period 1981-2010 in Detroit. That raises the risk of heat-related deaths, especially for low-income residents who lack transportation to get to cooling centers.

Southeast Michigan (which includes Detroit) has also seen an 11 percent increase in total annual precipitation over the same time, data shows, and most models project this trend to continue. That increases the risk that stormwater systems will be overwhelmed and cause flooding. In August 2014, a major flood cost Detroit residents and businesses an estimated $210 million.

Now, DCAC is putting the finishing touches on its Climate Action Plan, which aims to plot “how carbon pollution reductions and climate change preparedness projects will contribute to the backbone of Detroit’s comeback—so we rebuild in a way that’s strong and resilient and responsible given the challenges of climate change.”

With input from a wide variety of stakeholders—including city officials—the collaborative has established working groups focused on issues including public health and energy. Those groups are developing steps the city can take to increase building efficiency, create green jobs, reduce stormwater runoff, and tackle any number of energy and climate challenges. That might mean modifying building codes, and making Detroit more attractive for cleantech companies. The final plan won’t be released for another couple of months, but Knott said some elements are already being implemented.

“We wanted to make sure one piece couldn’t stop the other piece from moving forward…so we’re writing the CAP, but we’re also moving into the implementation phase,” she said.

City departments have been receptive to DCAC’s ideas, Knott said, but it remains to be seen if the plan would ever be adopted as official city policy. (City officials did not respond to requests for comment).

In the meantime, other cities are moving forward with ambitious climate plans. New York City aims to cut greenhouse gas emissions 80 percent from 2005 levels by 2050, and lift 800,000 New Yorkers out of poverty through its environmental action. Chicago is working toward an interim goal of a 25 percent reduction of emissions below 1990 levels by 2020. Seattle’s Climate Action Plan calls for the city to be carbon neutral by the middle of the century.

Knott, who in 2013 was awarded a “Champions of Change” award from the White House for her work on climate, believes Detroit deserves to be part of that group, even if it is a little slow to act.

“We have all of this history, this rich legacy, but we still have all of these environmental challenges,” Knott said. “So how do we also become innovative and really a leader in addressing climate change? I just believe that, even though you get to the table late, that does not mean you can’t be a leader, and that you can’t have a voice in this ever-emerging area.”

Partial support for this article was provided by the Institute for Journalism and Natural Resources. 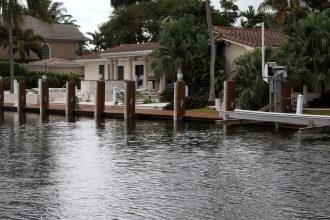 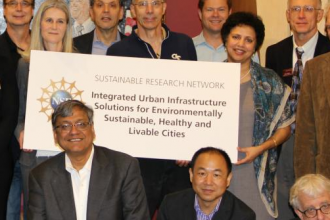 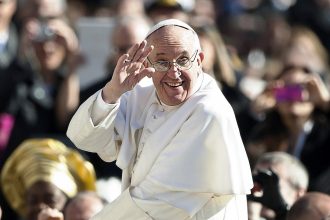