It took decades for the Environmental Protection Agency to craft public safeguards for the disposal of coal ash, the toxic byproduct that coal-burning power plants generate more than 100 million tons of every year.

Scott Pruitt’s EPA is aiming to unravel those standards in a matter of months.

On Tuesday, in a hotel conference room outside Washington, dozens of people spoke at the EPA’s only planned public hearing on Pruitt’s proposed changes to the coal ash standards. They represented their communities, many of them poor, seemingly powerless and hundreds of miles away from the capital.

“Please, do not roll back EPA safeguards,” 8-year-old Alivia Hopkins, a Scout from Pleasant Plains, Illinois, told a panel of agency employees as she stood on a chair to reach a microphone at the podium. “I’m counting on you to keep those I love safe.”

As scrutiny of Pruitt’s potentially illegal spending and ethical transgressions continue to mount, and as he prepares to face questions from Congressional panels on Thursday, ordinary people who are affected by his actions appealed to the agency. They didn’t mention scandal or costly soundproof phone booths or the possible undoing of landmark laws. They just pleaded to keep basic environmental protections in place.

“I call you the UPA—the utility protection agency,” said Lee McCarty, the mayor of Wilsonville, Alabama, where a nearly 270-acre coal ash disposal pond has a history of leaking into groundwater.

“The power companies are damaging property and hurting people, and yet they’re above the basic laws of American jurisprudence,” he said. “If my dog bites you, you have a legal remedy. But we’re not talking about a dog bite. We’re talking about poisoning groundwater.”

‘Industry’s Playbook Made into a Rule’

In 2015, the EPA finalized a rule that calls for utilities to take certain steps when disposing of coal ash, which can include a number of toxins, including lead, mercury and arsenic.

The rule, known as the Coal Combustion Residuals, or CCR, rule requires utilities to close ponds that are leaking, to line the ponds and to locate them away from waterways. It also requires specific groundwater monitoring, creates certain allowable thresholds for toxic materials and mandates public disclosure of data.

But in 2016, Congress passed a law—the Water Infrastructure Improvements for the Nation (WIIN) Act—which allowed states to develop their own permitting programs, as long as they’re at least as stringent as the federal standards. The intent, in part, was to give the states and the EPA greater enforcement authority.

In May 2017, with Pruitt newly installed as EPA administrator, the Utilities Solid Waste Activities Group, or USWAG, which represents most of the utilities in the country, petitioned the agency to reconsider some provisions in the CCR rule, calling it inflexible and “one-size-fits-all.” The 2016 law, the utilities said, meant that EPA’s previous concerns about abuses of “self-regulation” didn’t exist anymore because the EPA now had enforcement authority.

In September, Pruitt said the agency would consider revisions based on the USWAG petition, and in March the agency issued a new proposed rule.

The EPA said its rule changes would save the utility industry between $31 million and $100 million a year. But a newly appointed environmental justice adviser to the agency says disadvantaged communities will bear the brunt of those savings.

Critics are blasting the proposed changes, saying among other things, that they weaken groundwater protection, make cleanups discretionary and eliminate the requirement that toxin-leaking ponds have liners or be closed by a certain date. The changes, critics said, would also allow political appointees to determine whether closures are warranted, would eliminate data disclosure requirements and allow utilities to shorten the amount of time they need to maintain coal ash disposal sites after they’re closed.

“They received a petition from the industry, asking them to do a laundry list of things,” said Lisa Evans, senior counsel with Earthjustice, which has sued the agency over coal ash disposal. “This is industry’s playbook made into a rule.”

Under the CCR rule, facilities were required to report groundwater monitoring data to the public by March.

Earthjustice and the Environmental Integrity Project have reviewed thousands of documents containing that data and found many sites with increased toxin levels, Evans said. In just the first dozen reports filed, the groups found several “statistically significant increases” in groundwater near coal ash ponds. An initial analysis by the Associated Press found contamination at 70 sites nationwide.

Many of the documents—which might ultimately support maintaining the CCR rule—were dumped by the thousands in hard-to-read formats. That, Evans said, will make it difficult to pore over them in time to file comments on Pruitt’s proposed coal ash rule changes by the April 30 deadline. (The EPA shortened the comment period from 90 days to 45.)

At the hearing Tuesday, USWAG’s executive director, Jim Roewer, argued that “EPA’s original basis for not including risk-based flexibility in the CCR rule—the concern with potential abuse by self-regulating entities—no longer exists.”

But most of the 100 or so witnesses in the room had different and far less wonky ideas.

Dink NeSmith, a newspaper owner from Jesup, Georgia, waged—and won—a multi-year fight against the disposal of coal ash in the city’s landfill. Now he worries the changes to the CCR rule could reverse that.

“In five short years, we would have had a toxic mountain of more than 18 million tons of coal ash,” NeSmith said Tuesday. “That is still a possibility. Your proposed anything-goes set of rules will be devastating to our community and hundreds of others.” 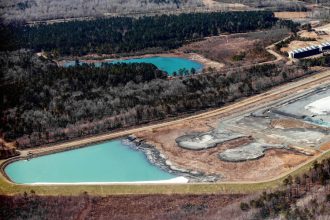 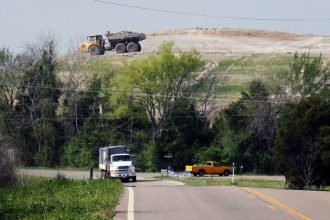 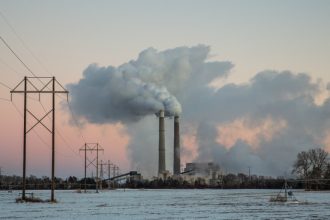 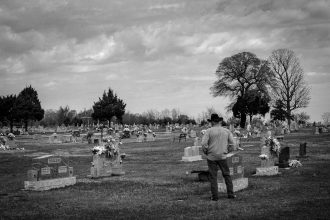