When the global financial crisis rippled through economies around the world in 2008, experts warned that global warming would slide down on the list of the world’s priorities. In part, they were right.

Trillions flowed to resuscitate teetering economies, which were based on fossil fuels. Money pledged to address climate change was never mobilized.

But something else happened at the same time: Many nations’ fiscal-stimulus packages included billions to finance clean energy projects.

No nation was as bullish on the idea as South Korea. Asia’s fourth-largest economy poured 80 percent of its $38 billion stimulus program into what it calls “green growth.” Later, it committed 2 percent of its annual GDP over five years to the same national cause.

Now, both rich and poor nations are turning to Seoul for lessons in green-powered development, and the new economic approach that was born out of financial mayhem.

Could it take hold?

The Organization for Economic Cooperation and Development (OECD) seems to think so.

“It’s on the minds of many countries who want to preserve their national capital and limit the risk to economic growth,” said Nathalie Girouard, an economist and coordinator of OECD’s green growth program.

The OECD — the economic policy institute of wealthy and aspiring nations — describes green growth as a new paradigm for how to run an economy in a way that limits environmental degradation and ensures prosperity.

In 2009, with the world in the throes of fiscal panic, 34 nations mandated it to pinpoint policy areas on which governments need to focus in order to “green” their growth, as well as to remove policy barriers, like market-distorting fossil fuel subsidies. In May, it will issue its first “Green Growth Strategy Synthesis Report” at the OECD ministerial council meeting.

Other organizations are also doing “big think work.” Next month, the UN Environment Program (UNEP) will publish its own case for green growth under its Green Economy Initiative.

At the same time, the newly established Seoul-based Global Green Growth Institute — headed by former South Korean Prime Minister Han Seung-soo and climate change expert Lord Nicholas Stern — is working on the ground in poor countries. The goal there is getting states to “leapfrog” over the dirty technologies like coal that were ushered in by the first industrial revolution.

Why now, exactly? Experts agree that the green growth experiment came out of the need to sustainably stimulate national economies back to life.

“There’s really an element of prevention that has been ingrained in this work,” Girouard told SolveClimate News. “We have to find new ways of producing and consuming things. We need to change the way we use the Earth’s resources. This, I think, is what is driving countries.”

“How we grow is at least as important as how much we grow,” she continued. “Traditional indicators, like GDP, are not enough of a definition of what the economy should help the society to achieve.”

The work appears to mark a turning point in the way countries think about going green, especially in poor and fast-emerging nations. In the past, many lamented that they could not afford to build cleaner energy infrastructure at a respectable pace.

China, India and other emerging economies “think that greening their economies is not a choice anymore,” said Jung Tae-yong, executive director of the Global Green Growth Institute and a former economist at the Asian Development Bank. They must do it “to survive in these competitive economic conditions.”

And that means, for the first time, that the push to decarbonize the future power system is coming from “domestic need,” not international pressure, Jung told SolveClimate News.

The shift is spilling into global climate change negotiations.

A case in point was December’s UN climate talks in Cancun, Mexico, Jung said, which saw a “mood change” from hostile to cooperative across the entire summit compared with the previous year. As national pressure builds for reducing carbon dioxide emissions, “we can totally change the negotiation paradigm.”

Birth of the ‘Green Growth’ Concept

While South Korea is often credited with creating the term “green growth,” Jung said the UN Economic and Social Commission for Asia and the Pacific first floated the phrase about a half a decade ago. UN agencies have used it loosely ever since.

But the South Korean concept is “much broader” than anything before it, he explained. It includes long-running goals at the heart of sustainable development, like poverty reduction and human development, but throws into the mix green job creation, green technology dissemination and energy security, a key component because the Asian tiger imports 95 percent of its energy.

“For us, energy security is very important,” Jung said. Still, others may have different priorities.

Girouard of OECD said green growth is not a one-size-fits-all solution.  Policies “have to be tailored to every countries’ circumstances.”

The OECD’s May strategy will lay out dozens of ideas to spur green growth, such as reducing tariffs on environmental goods, promoting economic instruments for clean use of water and establishing indicators to measure whether an economy is green.

Most everyone agrees it’s still too early to pin down the meaning of the nascent model.

“I don’t think there is a commonly accepted definition,” said Alex Bowen, a research fellow at the London School of Economics’ Grantham Research Institute on Climate Change and the Environment. The institute is gearing up to conduct its own research on the new economic approach, which Bowen will lead.

“There are a number of areas where work is needed,” Bowen told SolveClimate News, including doing economic modeling of green growth and using the new policies to get people out of poverty.

For now, Bowen doesn’t see it as “radically different from sustainable development.” It’s a “snappier phrase” and “the emphasis is more on the low-carbon growth.”

But even if that’s true, switching up the brand is no small thing.

Some observers say emphasis on the word “growth” has taken the issue out of the separate environmentalist sphere and into the mainstream of economists and finance ministries.

It’s crucial for countries to realize that low-carbon growth is a “big economic issue,” said Bowen, who was a co-author of the Stern Review on the Economics of Climate Change, the 2007 British report that called for urgent action against climate change to prevent economic damage.

“If the OECD is able to demonstrate that there are sensible policies that can be applied at relatively low cost to make growth greener,” they would become “politically attractive,” he said.

The key is to come up with “the kind of labor market policies and social policies to ensure that the workers affected by the switch and the transition will be able to be retrained and re-skilled,” she said.

‘Political Head of Steam’ for Countries to Follow S. Korea

The OECD has presented green growth at the highest levels of government, but only South Korea has turned it into national policy.

“They put their money where their mouth is,” he said. “I think there is a political head of steam” for other countries to follow suit.

Along with South Korea, Denmark is considered one of the first movers in the green economy space as it sets its sights on being fossil-fuel free by mid-century. In December, the government announced plans to invest $15 million in the Global Green Growth Institute over three years.

Girouard said the UK and Norway are fast adding green growth policies, as well as China. “China has been putting a lot of effort on low-carbon development strategies in their next five-year plan. They have a proposition to reform their tax system with a lot of environmental taxes.”

Even more are working behind the scenes, she said. “There are several countries around the world looking seriously at this.”

Israel, which became an OECD member last May and is considered one of its poorest members, is one such nation.

Following the OECD’s lead, Israel’s Ministry of Environmental Protection is floating a national green growth strategy for approval by other ministries and an eventual decision by the government.

“If we have this decision in the next few months, we would probably be one of the few countries in the world that really are implementing such a thing,” said Galit Palzur, director of the economics and standards division at the environment ministry.

She said the government started advancing sustainable development in 2003, more than a decade after 180 nations committed themselves to such policies at the 1992 Earth Summit in Rio de Janeiro. On green growth, she hopes her government can be a global leader, not a global foot-dragger.

“In relation to other OECD countries, our environmental practices are not as good as others,” Palzur told SolveClimate News. “We have a lot to do to minimize the gap. And that gap is exactly where the potential exists for new jobs is in Israel, which is probably greater than in other economies.”

The strategy would target a trio of themes: making polluters pay, promoting job- and wealth-creating sectors, such as cleantech, and making industry more energy efficient.

The politics are complicated because nearly every corner of government would have to sign on, Palzur said. “We might have problems.” Another dilemma, not unique to Israel: money. “To have a green growth policy, you need to allocate the funds.”

Girouard of OECD would seem to agree. “Politically, it’s very difficult,” she said, but OECD hopes that giving policymakers and big business tools to develop “greener pathways” and a set of indicators to monitor success would help.

“We’re working hard on it as we speak,” she said. 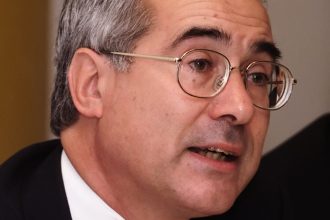 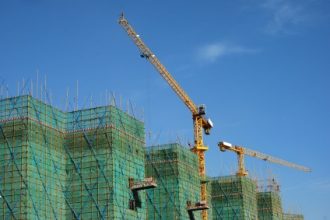 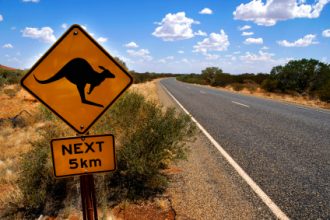 Feeling the Heat Down Under When it Comes to Climate Change