A federal judge in Oregon has delayed a lawsuit brought by 21 children and young adults to force government action on climate change, pending a decision by the Supreme Court on whether to dismiss the case before trial. Opening arguments had been set for Monday.

The government has repeatedly tried to halt the case. Last week, the Supreme Court agreed to a temporary stay while it considers the Justice Department’s argument that a trial would cause the government “irreparable harm.” The decision to delay the case at this early stage was highly unusual.

The plaintiffs and their lawyers say the government is trying to deprive them of their right to a fair hearing.

“Since the early days of the Republic, our judiciary has grown to be the last line of defense against governance that threatens the public good and destroys the lives of our people,” Julia Olson, co-counsel for the plaintiffs, said in a statement. “These young people deserve that chance to present their case against those who govern and let the light fall where it may.”

If successful, the lawsuit could result in a court order that the federal government develop and implement a plan to cut greenhouse gas emissions. If the plaintiffs ultimately lose, a trial would still present a public forum on climate change and the grave risks it poses to the nation. A trial could also force the Trump administration into the embarrassing position of publicly admitting the facts about climate change while arguing that it need not address the problem.

The government’s lawyers haven’t contested the children’s central claims—that climate change is real and is causing them harm. Instead, the lawyers have argued that the federal government is not responsible and that the court has no place ordering political branches what to do.

The Supreme Court is now considering those questions. In July, the court denied an earlier attempt by government lawyers to halt the case. It’s unclear why the court changed its position now.

David Bookbinder, chief counsel for the libertarian Niskanen Center, which filed a brief supporting the youths’ case, said the only thing that has changed is the replacement of Justice Anthony Kennedy, who retired, with Justice Brett Kavanaugh, President Donald Trump’s controversial pick whose record as a federal judge includes ruling against some environmental regulations.

“They’re willing to step in and look at this earlier than the court normally would because it’s a climate case,” he said. One of the few other cases in which justices have issued such a ruling at this stage, he said, was when they halted implementation of President Barack Obama’s proposal to limit emissions from the electricity sector. “Climate is just different.”

Like Brown v. Board of Education with school integration or Obergefell v. Hodges, which established a right to marriage for same-sex couples, the case is pushing a novel claim for constitutional rights, legal experts say. It will also test core questions about the separations of powers. The plaintiffs argue that, as in Brown, the Constitution’s checks and balances require the courts to step in because the political branches are failing citizens, in this case by neglecting to protect them from climate harm. The government has argued that existing laws and environmental regulations take precedence and any action by the court would overstep its authority.

“For three years, my co-plaintiffs and I have been waiting for our voices to be heard in court,” Hazel V., a 14-year-old plaintiff in the case, said in a statement. “But the U.S. government is doing everything it can to silence us, all while we watch it continue to make the climate crisis worse. 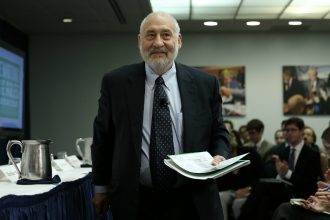