An ambitious, global agreement to cut greenhouse gas emissions from shipping in half by mid-century stalled as the International Maritime Organization (IMO) failed to approve any specific emission reduction measures at a meeting in London this week.

The IMO, a United Nations agency whose member states cooperate on regulations governing the international shipping industry, agreed in April to reduce greenhouse gas emissions from shipping 50 percent by 2050. The details—along with efforts to reduce the sulfur content in fuel oil, reduce plastic litter from the shipping industry, and steps toward banning the use of heavy fuel oil in the Arctic—were to be worked out at a meeting of its Marine Environment Protection Committee this week.

The committee considered a cap on ship speeds and other short-term measures that could reduce emissions before 2023, as well as higher efficiency standards for new container ships, but none of those measures was approved.

“We’ve seen no progress on the actual development of measures and lots of procedural wrangling,” said John Maggs, president of the Clean Shipping Coalition, an environmental organization. “We’ve effectively lost a year at a time when we really don’t have much time.”

Environmental advocates who were at the meeting in London favored placing a cap on ship speeds, which alone could reduce greenhouse gas emissions by roughly one-third, but that plan faced fierce opposition from the shipping industry.

The committee reached a tentative agreement on Thursday that would have required a 40 percent increase in the fuel efficiency of new container ships beginning in 2022, but the agreement was later blocked after pushback from industry and member states including the United States, Brazil, India and Saudi Arabia, Maggs said. The Marine Environmental Protection Committee plans to revisit the measure in May.

“This is about how serious the IMO and IMO member states are,” Maggs said. “A key part of that is moving quickly.” Maggs said. He said the failure to quickly ramp up ship efficiency requirements “makes it look like they are not serious about it.”

IMO delegates also worked fitfully on language about next steps, but in the end the language was weakened from calling for “measures to achieve” further reductions before 2023 to a line merely seeking to “prioritize potential early measures” aimed at that deadline.

While environmental advocates panned the revised wording, IMO Secretary-General Kitack Lim praised the agreement in a statement, saying it “sets a clear signal on how to further progress the matter of reduction of GHG [greenhouse gas] emissions from ships up to 2023.”

Despite inaction on greenhouse gas reductions, IMO delegates continued to move forward on a potential ban on heavy fuel oil in the Arctic by the end of 2021.

The shipping fuel, a particularly dirty form of oil, poses a significant environmental hazard if spilled. It also emits high levels of nitrogen oxide, a precursor to ozone that can form near the earth’s surface, and black carbon, a short-lived climate pollutant that also adversely affects human health.

The proposal was introduced by delegates from a number of countries, including the United States, in April. The IMO’s Pollution Prevention and Response subcommittee is slated to develop a plan for implementing the ban when it meets in February.

During this week’s meeting, a delegation of Arctic Indigenous leaders and environmental advocates also put pressure on the cruise ship company Carnival Corporation about its fuel, demanding in a petition that Carnival cease burning heavy fuel oil in the Arctic.

“We’re at a critical time to protect what we have left,” Delbert Pungowiyi, president of the Native Village of Savoonga, Alaska, said in a statement. “It’s not just about protecting our own [people’s] survival, it’s about the good of all.” 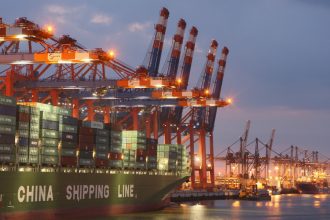 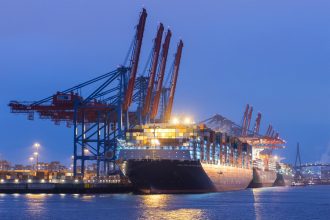 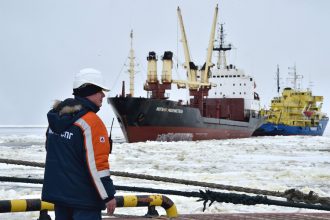