Wilton Gregory, soon to be the first African American Catholic cardinal, has distinguished himself among archbishops with his embrace of Pope Francis’s landmark encyclical on the environment and climate change.

Gregory, 72, the archbishop of Washington, has, during his long career in the church, spoken out for racial justice, welcomed LGBTQ Catholics and led the church’s “zero-tolerance” response to sex abuse in the United States after the crisis with priests that emerged in the 1990s.

But it was in 2015, with the issuance of the Pope’s “Laudato Si’: On Care for our Common Home,” that Gregory, at the time the Archbishop of Atlanta, asked for an action plan to implement Francis’s seminal embrace of climate science. That action plan has been used as inspiration for other faith guides in Boston, Columbus, Minneapolis, San Diego and beyond.

“He’s had very important leadership roles,” said Rome-based Tomás Insua, executive director of the Global Catholic Climate Movement, which works with the Vatican on climate matters. “He has been a well-respected leader for a long time. To have a Laudato Si’ champion named a cardinal is always welcome news.”

Insua said that Gregory, who plans to remain in Washington after he and 12 other new cardinals are elevated on Nov. 28, is well positioned geographically to make a difference on climate.

“What happens in D.C. is seen by more eyes than other dioceses,” Insua said. “There is the potential for inspiring a lot of action. He will be there in a highly public role in the church.”

In a diocese workshop held in April, Gregory spoke of the tragedy of refugees fleeing climate disruptions, how climate change disproportionately burdens poor people and people of color and how climate needs to be a calling for all faith traditions.

“This is not a Catholic issue,” he said. “This is a human issue.”

Sticking His Neck out for Climate Change

Gregory has been a priest for 47 years. He was bishop of the Diocese of Belleville, Illinois, for 11 years, before being named Archbishop of the Atlanta Diocese in 2005, where he served for 14 years.

“He is quite extraordinary,” said Susan Varlamoff, the University of Georgia biologist who spearheaded the Atlanta Archdiocese’ climate action plan at Gregory’s request.

“He is honestly willing to stick his neck out to do something that is right,” said Varlamoff, a Catholic and retired academic environmental administrator.

The climate plan that she and other academic colleagues wrote a 52-page treatise on the science of climate change that offered Georgians motivated by their faith a road map for dealing with a warming earth.

It called for strengthened climate education at Catholic schools, prompted a series of local energy audits and efficiency improvements at churches and schools and asked priests to talk about climate change and encourage their parishioners to “call, write or e-mail their elected officials when critical environmental decisions are being made at the local, state and national level.”

The Washington Dioceses, which serves 655,000 Catholics, is reviewing its own draft climate action plan now, said Genevieve Mougey, director of a newly reopened Office for Social Concerns in the Archdiocese of Washington.

It will be informed, she said, by the pope’s call for what he describes as “integrated ecology,” including “how racism fits into an understanding of climate change.”

While the impact of his message has been mixed inside the sprawling Catholic Church, an increased number of faith organizations have added their voices to the national debate on what to do about climate change, as weather extremes are supercharged by global warming.

On Nov. 16, 47 additional faith institutions around the world, including 42 representing Catholics, announced their divestment from fossil fuels, bringing the collective number to do so to nearly 400, according to the Global Catholic Climate Movement. The group has been working to persuade a growing number of Catholic institutions to pull their investments.

The pope in June called on Catholics to divest from fossil fuel companies.

As the Nov. 3 presidential and Senate elections approached, a poll found that American voters of faith, including evangelical and mainline Protestants, Catholics, Jews and religiously unaffiliated voters, overwhelmingly believe climate change is happening and are worried about it.

“As more and more people experience the impacts of climate change, the more they are going to turn their focus toward it,” said Dan Misleh, executive director of Catholic Climate Covenant, a nonprofit that works nationally to incorporate the encyclical’s message in education and worship.

Initially, the encyclical received only a mixed reception in the United States, with some conservative Catholics describing the pope’s opposition to fossil fuels as an attack on capitalism. “On the whole, liberals but not conservatives embraced it,” said Ed Maibach, professor and director of the George Mason University’s Center for Climate Change Communications, citing research published last year in the online journal, WIRES Climate Change.

“But it’s important to note that the pope did not get a whole lot of help from his U.S. Archbishops in carrying the message,” Maibach said. “Archbishop Gregory was an exception,” Maichach said. “His climate action plan in Atlanta was quite strong.”

Maibach said that “it is likely to be helpful to have an American cardinal who is willing to be a strong, local messenger for the pope’s encyclical, if indeed he is willing to serve in that capacity.”

It is yet to be seen how Gregory’s new position in the Catholic hierarchy might influence the climate work of the U.S. Conference of Catholic Bishops, which interacts with Congress and the president on matters of public policy, from abortion to climate and the environment.

The conference has not been aggressive about pushing for comprehensive climate legislation, but it did oppose some of President Trump’s pro-fossil fuel and anti-climate agenda, including withdrawing the United States from the Paris climate agreement, repealing the Obama administration’s Clean Power Plan and setting weaker motor vehicle fuel efficiency standards.

Catholic leaders met on Oct. 1 with the co-chairs of the bipartisan Senate Climate Solutions Caucus, Sens. Michael Braun, a Republican from Indiana, and Chris Coons, the Delaware Democrat. At the meeting, Archbishop Paul S. Coakley of Oklahoma City, the leader of the bishops’ domestic justice office, talked about the need to help “millions of people suffering from climate change right now,” and “plants, animals and ecosystems which must be protected.”

Coakley said climate legislation “that protects species, biome, and processes as well as human interactions and wellbeing” will be the most durable solution, and he encouraged Republicans and Democrats to work together, according to a written statement of comments he made.

“We cannot rely on executive orders that can be rolled back to protect the environment,” he said.

The Most ‘Consequential’ Problem

The make-up of the Senate for the next two years is still in question, with two Senate runoff elections in Georgia to decide control of the Senate and determine whether President-Elect Joe Biden will have a chance to enact significant portions of his $2 trillion jobs-and-climate agenda.

Varlamoff, who worked with Gregory on the climate action plan for Atlanta-area Catholics, said she believes the incoming cardinal may find common ground with Biden, a Catholic who defended the pope’s encyclical and rebuffed complaints by some Republicans and others who said the pope should stay out of climate politics.

Biden, in a 2017 interview with America Magazine/The Jesuit Review, said that the pope has made it clear he’s not a political arbiter.

“But what he talked about are basic fundamental assertions,” Biden said. “The way I read (Laudato Si’) it was an invitation, almost a demand, that a dialogue begin internationally to deal with what is the single most consequential problem and issue facing humanity right now.”

Gregory recently told the Associated Press that he hopes the Catholic Church’s U.S. leadership will broaden its concept of “pro-life” to include other issues in addition to fighting abortion.

“The definition is conception to natural death,” Hescox told InsideClimate News last summer. “Anything that takes away life, from the killing of life to pollution that is deteriorating the quality of life is a pro-life concern.”

Hescox said in a recent interview that he does not know Gregory but welcomes his enthusiasm for Laudato Si’.

“The more we can educate Catholics and evangelicals about the value of Laudito Si’ is a good thing,” Hescox said. “It’s care for all life and care for our common home.”

Faith leaders say that scientific facts alone won’t likely move the United States or the rest of the world to act on climate change.

“The conversation about climate … is about science, energy policy and all this complex stuff,” said Insua, of the Global Catholic Climate Movement.  “Faith has the potential for reframing the conversations. Fundamentally, it’s a spiritual and moral crisis. Our relationship with the earth is broken.” 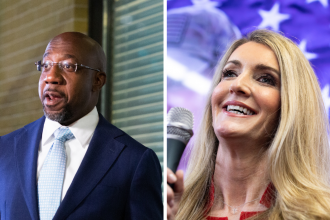 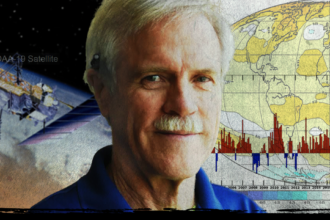 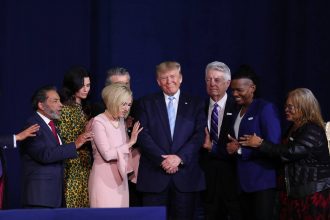 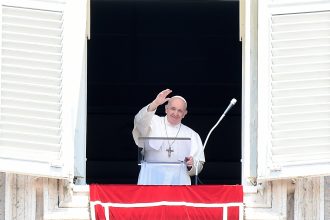