This time, residents organized. Vallejo, on the Napa River downwind of several San Francisco Bay Area refineries, with a population of 121,900, already had one of the highest asthma rates in the state. It didn’t need more pollution.

A massive concrete factory on a prominent bluff would bring not only freight trains and ships (through a proposed resurrected rail line and port) but also hundreds of tanker trucks, rumbling through residential streets every day.

Not to mention that the “green, dust-free mill” the company, Orcem Americas, touted was not so green. It would make concrete using blast furnace slag, a byproduct of iron production shipped to Vallejo from Asia.

The process would pollute the air less than traditional methods of making concrete using limestone—not factoring in the environmental wallop the cargo ships and diesel trucks would bring—but it would still pollute.

In Camden, New Jersey, where a Black, low-income neighborhood lost its fight against a slag cement factory in 2001, residents say open-air slag piles blow black dust everywhere. A 2009 study for the New Jersey Department of Environmental Protection (which had approved the plant) found that it was increasing pollution in surrounding neighborhoods.

They spent more than three years investigating and asking questions. Then, in November 2018, the California Attorney General’s new Bureau of Environmental Justice, the first in the nation, quashed the project.

It sent Vallejo officials a letter, a long one. It had found much to critique, including misleading air quality and environmental justice analyses. Most significantly, it found that the plant’s greenhouse gas emissions would violate state law.

“It was game over,” said Peter Brooks, a former president of Fresh Air Vallejo. “They (Orcem Americas) kept telling us that there is no pollution from the smoke stacks coming out of their factories. As part of the environmental impact report, there were hundreds of pages related to smokestack emissions. We didn’t have that ability to crunch those numbers. The attorney general’s scientists did.”

The Environmental Justice Bureau’s letter did more than kill the project. (The owner pulled out.) It put all heavy industries in California on notice. Low-income communities now had an ally in the state’s highest law enforcement office. Since Attorney General Xavier Becerra launched the Environmental Justice Bureau within the Environmental Division of his office in February 2018, it has filed complaints against polluters; intervened in lawsuits on behalf of community residents and written letters like the one to the city of Vallejo. It has also inspired other attorneys general to form environmental justice initiatives.

In December 2018, New Jersey’s attorney general, Gurbir Grewal, created a unit called the Environmental Enforcement and Environmental Justice Section. It is focused on deterring environmental injustice by working with the Department of Environmental Protection and community activists on the ground.

“The harsh reality is that some communities in California, particularly low-income communities and communities of color, continue to bear the brunt of pollution from industrial development, poor land use decisions and trade corridors,” he said in an email response to questions.

“If we’re going to do our part to make sure every Californian lives in a clean, safe and healthy environment, we must dedicate attorneys and resources to fight environmental injustices.”

Fresh Air Vallejo members concur. “It seemed like forever that we were working on this,” Brenda Crawford said. “It was not until the attorney general came in and said what they had discovered about the smokestacks and the toxic materials, and that the applicants had underestimated the number of trucks, the harmful effects—so much—that we really won. It felt great because we were on the side of environmental justice.” 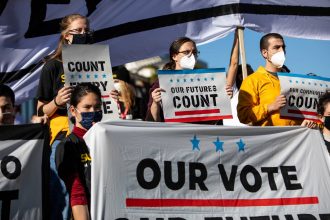 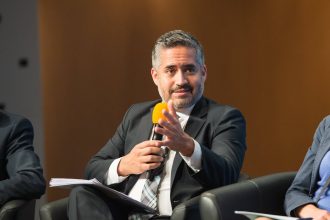