WASHINGTON—A fracture between pro- and anti-ethanol forces seems to be widening into a gorge now that the EPA has expanded the fuel’s reach in the transportation sector.

On one side, business, environmental, budget watchdog and public interest organizations are castigating the Environmental Protection Agency’s recent decision to allow vehicles manufactured between 2001 and 2006 to use gasoline containing 15 percent ethanol. On the other side, the Renewable Fuels Association won’t be content until even older-model cars, trucks, minivans and sport utility vehicles are included in the E15 mix.

The vituperative back-and-forth has spilled over to Capitol Hill where Oklahoma Republican Sen. Jim Inhofe, ranking member of the Environment and Public Works Committee, is seeking an oversight hearing.

“EPA’s latest action continues to push too much ethanol too fast,” Inhofe said in an e-mail. “Unfortunately, Congress has done little to exercise appropriate oversight of such decisions, despite growing bipartisan concerns over ethanol’s mechanical problems and its economic and environmental impacts.”

The Clean Air Act waiver for E15 gasoline that the EPA announced last Friday comes on the heels of the agency’s mid-October granting of an E15 waiver covering vehicles built during and after 2007. A 10 percent ethanol limit still stands for pre-2001 vehicles.

EPA Administrator Lisa Jackson said she reached the E15 conclusion after reviewing testing conducted by the Department of Energy.

“Recently completed testing and data analysis show that E15 does not harm emissions control equipment in newer cars and light trucks,” she said via a news release. “Wherever sound science and the law support steps to allow more home-grown fuels in America’s vehicles, this administration takes those steps.”

Opponents of Jackson’s line of thinking greeted her announcement with a chorus of jeers about the supposed benefits of corn ethanol.

Not only does it spew more climate-damaging emissions than gasoline, they claim, but ethanol production takes land away from food production, raises food prices, encroaches on natural ecosystems, and pollutes water sources because it requires so much fertilizer. As well, they add, varying ethanol blends will puzzle drivers at the pump.

“For several decades now, Washington has propped up ethanol through subsidies, sweetheart tax deals, mandates and other schemes,” said Pete Sepp, executive vice president of the National Taxpayers Union. “The EPA shouldn’t encourage this dash for cash even further by using its authority to expand E15’s usage.”

Sheila Karpf, legislative and policy analyst with the Environmental Working Group accused the Obama administration of voiding “car warranties for millions of Americans at the behest of the corn and ethanol lobby.”

“The confusion at the pump will be unimaginable, as will the costly burden placed on taxpayers as cars and small engines not made to burn corn ethanol break down after misfueling,” continued Karpf. “Taxpayers have invested billions in a fuel that does little to reduce our dependence on foreign oil.”

When announcing its E15 waiver in October, EPA officials did propose requiring labels on pumps so consumers could tell the difference between one gasoline blend and another.

However, the Alliance of Automobile Manufacturers is still concerned that the testing of the E15 blend isn’t adequate.

“We believe more research is needed to determine how increased ethanol levels could affect vehicles that were designed and warranted for E10,” alliance spokespeople wrote in a statement.

Matt Hartwig, a spokesman for the Renewable Fuels Association, told SolveClimate News that the opposition to ethanol is “manufactured angst.”

“Many of the complaints are from industries who desperately want to maintain the status quo, a nation addicted to imported oil,” Hartwig said, adding that environmental concerns about ethanol stem from unproven theories. “Ethanol is creating jobs that cannot be outsourced to Arabian oil fields or to solar film plants in Asia.”

With an estimated 62 percent of the nation’s vehicles now eligible to run on the E15 blend, RFA will continue its push to legislatively address labeling issues and “misfueling” concerns at gas stations.

When Congress amended the Clean Air Act by passing the Energy Independence and Security Act in 2007, it upped the renewable fuels standard by requiring that 36 billion gallons of biofuels be produced by 2022.

This year, the United States will be required to blend 13.95 billion gallons of biofuels with conventional transportation fuels, according to EPA figures.

However, the ethanol industry has repeatedly stated that such numbers are unachievable unless transportation fuel mixes are higher than 10 percent ethanol — established by EPA in 1979.

In March 2009, Growth Energy and 54 ethanol manufacturers filed a petition requesting the waiver for E15, according to an EPA news release. The agency received about 78,000 comments on the petition.

The E15 waiver does not cover pre-2001 vehicle models because of concerns that ethanol’s corrosive nature could increase air pollution by damaging engine performance and emissions controls. As well, it doesn’t include motorcycles, heavy-duty vehicles, or non-road engines because current testing data does not support such a waiver, according to the EPA.

In an early January letter to the EPA, Inhofe and Sen. Olympia Snowe, R-Maine, asked Jackson what she was doing to ensure a sufficient supply of pure gasoline necessary to operate snowmobile engines, chainsaws, lawnmowers, boats and small airplanes.

They aligned with Agriculture Secretary Tom Vilsack, an Iowan who lauded increased ethanol production as a means for creating jobs in rural America, improving the nation’s energy security, protecting the environment and allowing the renewable fuels industry to mature.

“I’d still like to see a waiver for E15 use in all vehicles,” said Grassley, who lists his job as farmer in congressional directories. “But I also appreciate that the EPA administrator has made certain to base the decisions on sound science, which puts the waiver decision in a very strong position against court challenges from opponents.”

But Inhofe, one of the Senate’s longest-serving climate change deniers, doesn’t see eye-to-eye with Grassley.

He has questioned ethanol’s compatibility with existing engines, its transportation and infrastructure needs, its economic sustainability and its environmental and public health impacts.

For instance, Inhofe joined other legislators — including Sens. Susan Collins, R-Maine, Jack Reed, D-R.I. and Ben Cardin, D-Md. — earlier this month to write a letter to the EPA outlining their opposition to the E15 decision and its unintended consequences.

Inhofe said he plans to reintroduce legislation addressing the lack of availability of ethanol-free gasoline.

“This approach will restore choice at the pump,” the Oklahoman said, “and allow fuel producers to respond to market demands, specifically, when and where consumers prefer clear gas.” 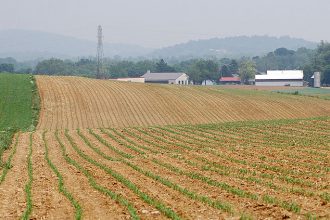 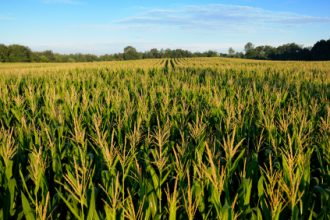 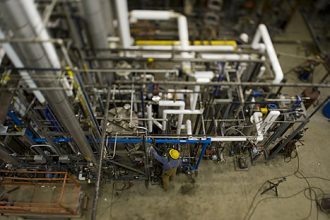