A watchdog group has issued a new study saying the World Bank, which distributes billions of dollars to developing countries each year with a goal of reducing poverty, is pushing those countries toward fossil fuel projects despite acknowledging that climate change poses a threat to its mission.

The study, released late Thursday, said one of the bank’s primary lending programs has steered investment toward coal, gas and oil, while blunting efforts to advance renewable energy sources, including wind and solar.

The Bank Information Center looked at one of the bank’s three lending programs—known as Development Policy Finance—in four countries between 2007 and 2016: Peru, Egypt, Mozambique and Indonesia. It said the program pushed countries toward coal projects and transmission in Indonesia, new coal plants in Egypt, three natural gas pipelines in the Peruvian Amazon and oil exploration in Mozambique, among other projects.

The bank distributed funds to the four countries, totaling $5 billion over the 11-year period, after agreeing that these countries would enact certain policy changes. Those policies, the Bank Information Center says, supported tax breaks, subsidies and public-private partnerships that enabled these projects, despite the World Bank’s intention that the program would help countries hasten their transition to low-carbon economies.

“We analyzed what sort of industry was benefiting and across the board, the fossil fuel industry was at the top of the list,” said Nezir Sinani, a manager at the Bank Information Center’s Europe and Central Asia divisions, “which is troubling because the World Bank is using this lending instrument to sell these countries on a low-carbon path.”

The report said that the World Bank distributed $15 billion, or about a third of all its development funding, through its Development Policy Finance wing in 2016. (World Bank figures show it distributed a total of nearly $30 billion, of which $13 billion went to the program.) The program provides funding—via grants, credits or loans—after the countries agree to implement a package of policy reforms. The bank says it uses this funding as an incentive for countries to transition to low-carbon technologies or toward other goals, such as improving education or public health. The money from the program goes directly toward a government’s budget and is not earmarked for a specific project, unlike other World Bank distributions.

A World Bank spokesperson said in an emailed statement that the center’s findings “grossly misrepresents the World Bank’s engagement in these countries.”

“The report does not capture the World Bank’s broader energy work, which involves not only development policy loans, but a mix of interventions—policy reforms, investments, technical assistance—that work together to promote climate smart growth and increased energy access,” the statement said. “In each of the countries mentioned in the report, the World Bank’s development policy loans do not promote the use of coal, but help support a shift towards a cleaner energy mix and low carbon growth.”

The World Bank has long been criticized for financing coal plants and other new fossil fuel infrastructure in developing countries. In 2008, the bank issued a policy document saying climate change posed a major threat to its goal of reducing poverty. In April, it announced that all future spending would take climate change into account, and that nearly 30 percent of its investments would go directly to projects related to climate change. That includes a goal to bring enough renewable energy online to power 150 million homes.

While the Development Policy Finance program doesn’t fund specific projects, the Bank Information Center maintains it influences policies and institutions and can steer investment. In this case, it funneled investment toward carbon-intensive development.

The study looked at these particular countries, Sinani said, to get a diverse geographic distribution, and its authors found similar practices. In three out of the four countries—Indonesia, Mozambique and Egypt—the bank spurred subsidies for coal, the center said.

In Peru, the center said, the financing program supported changes to laws governing public-private partnerships, freeing up tax incentives and project financing for a liquid petroleum pipeline, a 500 megawatt diesel gas power plant and three natural gas pipeline networks in the Amazon.  In Indonesia, the program created incentives for oil and gas explorations, as well as project financing for four coal power plants.  In Egypt, the program supported a new investment law that reduced the price for electricity or land, targeting locations for a dozen new oil and gas projects.  In Mozambique, the project supported a new law that created tax stabilization guarantees and gave breaks on project and land costs for four new coal plants and three coal port terminals.

These countries had untapped potential for solar, wind or geothermal energy development, the report said, but the Development Finance Policy program failed to create the right legal framework or incentive for exploration.

“After the Paris agreement on climate, the bank adopted a new climate action plan to move institutions along on a path that follows the goals of the agreement,” Sinani said. “This goes exactly against what they wanted to achieve.” 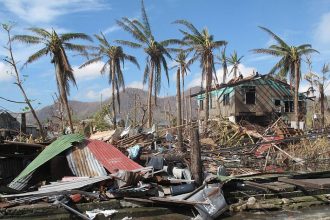