The American West has already lost between 10 and 20 percent of its mountain snowpack since the early 1980s, and climate change is partly to blame, new research shows. If greenhouse gas emissions are not curtailed, the region could lose 30 percent of the snowpack it relies on for irrigation and drinking water—and potentially as much as 60 percent—over the next 30 years, the authors write.

The loss can’t be explained by natural climate variations alone, however it is consistent with model simulations that include both natural and human-caused changes, the study says.

“These results add to the evidence of a human influence on climate that will have severe impacts on our water supply,” said Benjamin Santer, a Lawrence Livermore National Laboratory climate scientist and a co-author of the paper, published last week in Nature Communications.

Less snowpack is more than just a blow to the skiing and snowboarding industries. The snow that falls in winter, and melts slowly during spring and summer, fills regional reservoirs and is used for irrigation, hydropower and drinking water. The Western snowpack, spread across thousands of miles of high-elevation terrain, holds far more water than all the reservoirs in the region combined.

“A 60 percent loss would be a huge concern to farmers, ranchers and water managers,” said lead author John Fyfe, a senior research scientist with Environment Canada, who did some of the earliest studies on global warming impacts to western water supplies.

The findings are based on data collected between 1982 and 2016 from 354 snow measuring stations across 11 states, from the Cascades of Washington and Oregon through California’s Sierra Nevada and the Rocky Mountains in Idaho, Wyoming, Montana, Colorado and New Mexico. The stations measure the amount of water in the snow, a critical metric for calculating downstream water supplies.

The maximum amount of water in the snowpack declined at 307 (87 percent) of the sites between 1982 and 2016 at a rate of about 9.5 percent per decade. Projecting ahead, the models show a range of potential losses over the next 30 years reaching as high as 60 percent under a high-emissions scenario but likely closer to 30 percent, the authors write.

Fyfe said the models his team used to project the snowpack decline are similar to those used for attributing the man-made global warming to single climate events like heatwaves or droughts. The models reproduce many possible climate outcomes from a single starting point in 1950. Running the models with and without the effects of greenhouse gas forcing factored in enables the scientists to separate the effects of natural cycles like El Niño from the effects of heat-trapping gases.

Douglas Kenney, director of the Western Water Policy Project at the University of Colorado, Boulder, said the projections reinforce the need for immediate actions to avert water shortages in the West, including massive conservation efforts, more efficient agricultural irrigation and rethinking how water from the region’s major rivers is allocated.

Many of the existing water laws and policies were set in a wetter era. Laws governing allocation of Colorado River water, for example, were established in the 1920s, an exceptionally wet period in the West, and policymakers overestimated the river’s annual flows. Kenny said the Colorado River Basin has been challenged to keep up with streamflow declines that have already happened. A speedup of the snowpack decline will hasten the day when heretofore “unthinkable reform” is inevitable, he said.

“We are already a couple decades into this pattern of declining snowpacks. This is neither an abstract or new threat,” he said. “There is going to be some pain and suffering. That’s a given. The question is how much of that suffering can we avoid by being proactive and innovative before the real damages set in?”

Keith Musselman, a water and climate science expert with the National Center for Atmospheric Research, said the study is an important step toward understanding how global warming will affect the West, as well as the global water cycle.

However, he noted that global climate models, which look at landscapes in big chunks, may underestimate how local conditions affect precipitation and snowpack. That means the new study may not capture enough nuance to accurately project local changes. The large-scale view used by global climate models also tends to be biased toward the lower elevations, which for now are more affected by global warming, he said. By comparison, he said, the high peaks hold more water than areas lower down, and the new study may overestimate the impacts to those higher reaches. 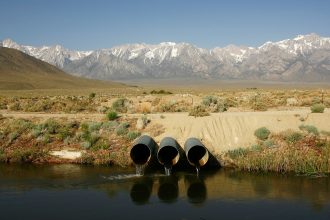 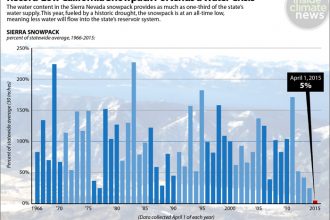 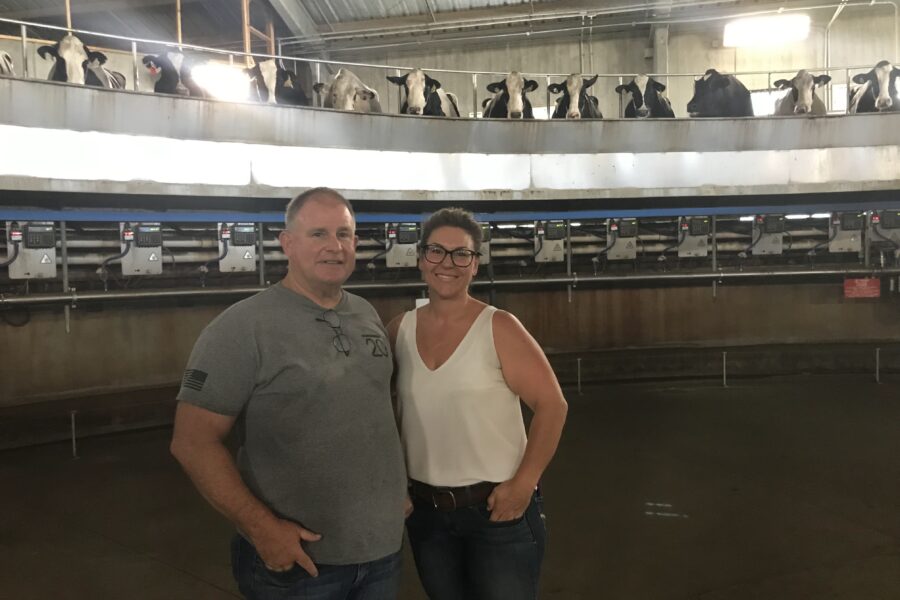