When St. Louis University (SLU) business professor Trey Goede and his students sought to turn their  plan for a $250 million wind facility into reality, they headed to neighboring Illinois, where the wind is powerful and so is clean power demand.

They aren’t alone. Once known only for coal and nuclear, a robust renewable energy policy is making Illinois a magnet for commercial wind farm developers of all stripes.

The SLU classroom project, which became Affinity Wind, LLC in 2007, will break ground this spring on the first 36 megawatts of a 150 megawatt-plan. The second phase is slated for 2012. The 75-turbine project in the state’s western Pike County is on par with other utility-scale wind farms cropping up across the industrial Midwest.

Goede, Affinity Wind’s founder and CEO, said his decision to set up the facility out of state was fairly simple.

“At the time, Illinois had a renewable portfolio standard (RPS), and Missouri did not,” Goede told SolveClimate News. “Illinois has been the benefactor of a strong RPS.”

In its 2007 Illinois Power Agency Act, the state ordered utility companies to purchase 25 percent of energy from renewable sources in 2025, an aggressive rate compared with the 10 to 15 percent targets of neighboring states.

Particularly enticing to Goede, however, was that 18 percent of Illinois’ 25 percent mandate must be from wind, a move that is spurring demand for the renewable resource.

The state is already outperforming others in supply. While Illinois ranks 14 among states for potential wind capacity, it is sixth nationwide in installed wind power for 2010, with nearly 2,000 megawatts, according to the American Wind Energy Association.

Unlike its windier and sparsely populated Midwest counterparts, such as North and South Dakota, high-voltage transmission lines already crisscross Illinois to service its vast energy industry, which counts more nuclear power plants than any other state and has the third-largest coal reserves nationwide.

The lines are also closer to major cities like Chicago and could reach up to 50 million people in a dozen East Coast states on a shared electric grid run by PJM Interconnection, a regional transmission organization.

“This is another reason why we’re seeing Illinois move forward a lot faster” than other states in wind energy development, said Kevin Borgia, executive director of the Illinois Wind Energy Association, which is not affiliated with the national organization.

Barry Matchett, a co-legislative director at the Environmental Law & Policy Center in Chicago, said that Illinois ranks among the top five states for both electricity production and consumption in the country, signaling a large market for renewable energy.

To Goede, the state’s policies and well-developed infrastructure spelled opportunity for his students’ business plan.

The project started as a field trip nearly four years ago, when the SLU professor began taking students on the one-and-a-half-hour drive to Pike County to meet with landowners, local utilities and farmers to learn what needed to be done to carry out a large-scale wind project.

The first step was finding transmission lines there with enough space to carry power generated by a new wind farm.

The next was garnering local support, which was relatively easy to achieve. Projects in more populated counties usually face opposition from residents concerned about wind turbines generating noise and blocking towns’ potential expansion. But Pike County, a division of around 17,000 people spread over 500,000 acres, was eager for wind development to bring money to the area, said Blake Roderick of the Pike County Farm Bureau.

“Everybody has been waiting with great anticipation for wind projects to get off the ground,” he said.

The county passed a zoning ordinance in 2006 to facilitate land use by wind developers. Unlike other counties, where conditional ordinances require a lengthy permit review process, Pike’s permitted use ordinance means that developers meeting minimal requirements can breeze past the red tape. The farm bureau has worked closely with Goede to find landowners to lease their properties for wind turbines.

Prairie Power Inc., a local electric generation and transmission cooperative, was the first to jump on board in Pike County. The co-op proposed building a $66 million, 20-turbine wind farm in 2008, but the project was put on hold because of the global economic downturn.

The biggest boost for the project, however, came on Jan. 14, when Goede announced that Affinity Wind entered into a joint venture agreement with Chicago-based Suzlon Wind Energy Corp., a subsidiary of Suzlon Energy Limited in Pune, India.

Suzlon ranked third among the world’s leading wind turbine suppliers in terms of market share in 2009, with 15,000 megawatts of installed wind energy capacity in 25 countries.

“We felt this was a sound value investment that could offer a solid return, which we would expect to lead to new business opportunities for Suzlon,” said Andy Cukurs, the subsidiary’s CEO, in an email to SolveClimate News. “Due to the high load demand and favorable market conditions in Illinois, and particularly the Chicago area, this wind power plant makes for an interesting investment.”

In the 50-50 partnership, which is called Surity Wind, Suzlon will provide the 75 turbines plus additional financial backing, although Goede did not specify the amount. He said that the project was not receiving any federal or state incentives, but that Surity would apply for state investment tax credits, employee tax credits and possible property tax abatement in the next few years.

Using the U.S. Department of Energy’s latest Jobs and Economic Development Impacts (JEDI) Wind Energy Model, Affinity Wind estimates that the wind farm could create some $44 million in local spending during construction and $3 million per year once completed. More than $1 million in annual property taxes and several hundred thousand dollars in lease payments to landowners could be generated, along with 600 new jobs.

A 30-year forecast predicts more than $175 million for the county will come from direct spending and property tax assessment.

Since 2003, Illinois has leaped from 50 megawatts in wind farms to nearly 2,000 megawatts from 21 projects this year, with 85 percent coming online in 2007 and beyond.

According to a June 2010 economic impact study by the Center for Renewable Energy at Illinois State University, wind farm development has created about 10,000 full-time jobs during construction periods and nearly 500 permanent jobs in rural Illinois, totaling $509 million and $25 million in payroll, respectively.

Annual property taxes generate $18 million for local economies, while landowners see $8.3 million each year in extra income through leases to wind farm developers. Overall, the center expects the projects to generate $3.2 billion in economic benefits over the life of the projects.

Borgia of the Illinois Wind Energy Association said the state could do even more.

To meet RPS requirements, Illinois utility companies are mostly purchasing renewable energy certificates (RECs) rather than actual electricity generated by wind farms. But to secure financing for projects, developers first need power-purchase agreements (PPAs), in which utilities or companies agree in advance to buy electricity once the wind farm operates.

“Illinois has been held back a little bit by relying too much on tradable RECs,” he said, noting that bundled power agreements – a mix of RECs and PPAs – have met with success. Bundled procurements last year ushered in the 200-megawatt Bishop Hill Wind Energy Center by Invenergy Wind and the 106.5-megawatt Shady Oaks wind farm from China’s Goldwind Science and Technology Company. and Ireland-based Mainstream Renewable Power. 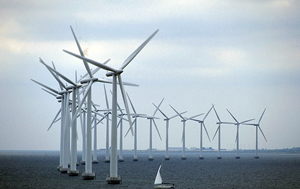 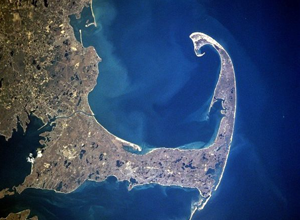 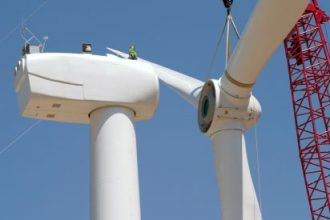 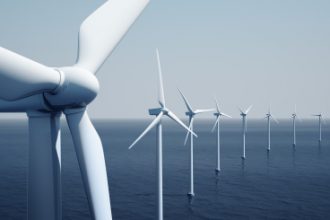 As Offshore Wind Power Grows, a Push for Transmission 'Supergrids'