A coalition of environmental, community and animal welfare groups sued the Environmental Protection Agency Wednesday in an effort to push the Obama administration to reduce air pollution, including greenhouse gases, from enormous livestock feeding lots that supply most of the country’s meat, milk and eggs.

In two lawsuits filed in U.S. District Court in Washington D.C., the groups said the EPA has failed to respond to two citizens’ petitions delivered years ago urging greater regulation of air pollution from so-called concentrated animal feeding lots, or CAFOs. The EPA is supposed to respond to citizens’ petitions within a reasonable time, though regulations do not define what such a period might be, said Tarah Heinzen, a lawyer with the Environmental Integrity Project, one of the groups in the coalition.

“EPA has really gone awry by looking the other way regarding pollution from this industry,” Heinzen said. “It shouldn’t have to fall to citizens to petition EPA to do its job.”

The lawsuits demand responses from the EPA to the petitions, but they do not seek the promulgation of new rules. Rather, if the EPA declines to regulate agriculture as the petitions request, then the civic groups can sue the agency to force it to proceed with rulemaking.

The litigation and the petitions underscore the hands-off approach the EPA has taken toward agriculture, especially CAFOs, vast factory farms that often hold tens of thousands of animals. The animals’ manure pits and digestive processes produce methane and nitrous oxide, which are 23 and 300 times more potent greenhouse gases, respectively, than carbon dioxide, according to a 2010 report by the Centers for Disease Control.

In Oct. 2011, EPA proposed what many public health officials and environmentalists considered a modest rule that would have required CAFO operators to register basic information, such as location and number of animals on site. Less than a year later, it withdrew the rule under heavy industry pressure. More recently, the EPA said it planned to propose rules to cut methane emissions from the oil and gas industry. But it has declined to regulate methane from agriculture, the country’s biggest source of the gas. Some environmentalists question whether the United States can achieve the greenhouse gas reductions that President Obama pledged in Beijing last November without addressing emissions from agriculture.

“When it comes to agriculture, saying EPA regulation is weak is an understatement,” Heinzen said. Speaking of the Obama administration’s voluntary guidelines to cut methane from agriculture, she said, “It was disappointing to see that again they have pushed agriculture’s pollution contributions under the rug.”

One of the citizens’ petitions, filed in 2011, asked the EPA to regulate ammonia from CAFOs. The other, filed in 2009, asked the agency to designate CAFOs as stationary sources of air pollution, similar to many industrial sites. Such a designation under the Clean Air Act would allow the EPA to develop standards for pollutants, including greenhouse gases, that would at first apply to new CAFOs and then expand to existing ones.

Plaintiffs in the lawsuits include the Environmental Integrity Project, the Humane Society of the United States, Center for Food Safety, the Sierra Club, Clean Wisconsin, Iowa Citizens for Community Improvement, the Association of Irritated Residents and Friends of the Earth. 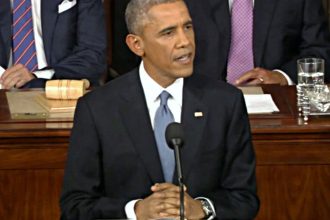 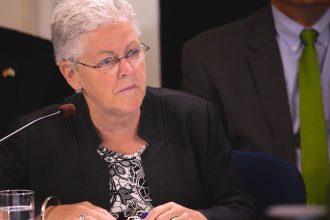 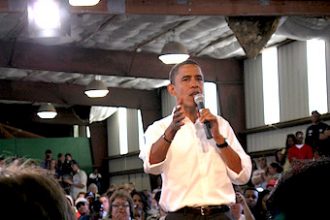