But heavy Republican pushback against the vast scale of Biden’s support for EVs could signal trouble for the president’s hope to rapidly electrify the nation’s transportation system. And some analysts are fearful that electric vehicles could become wrapped up in the culture wars, as Covid-19 vaccines have.

“All the major car manufacturers have said that they’re going to go to an electric vehicle fleet by 2035, 2040,” Sen. Lindsay Graham (R-S.C.) said at a Senate Budget Hearing in early April. “To my Republican colleagues, it’s just a matter of time until most cars … will be running on something other than gasoline.”

Graham’s colleague, Sen. Richard Burr (R-N.C.) is a co-sponsor of a bill introduced in March that would provide incentives for private investments in electric and hydrogen vehicle refueling stations.

The sticking point has become what the senators and many other Republicans see as Biden’s determination to get as many EVs on the road as quickly as possible. Almost every congressional Republican has voiced opposition to Biden’s proposal, characterizing his infrastructure bill and its dramatic investment in EVs as part of a leftist agenda unrelated to traditional infrastructure.

“The total amount of funding it would direct to roads, bridges, ports, waterways and airports combined adds up to less than what it would spend just on electric cars,” said Senate Minority Leader Mitch McConnell said in a press release last week. “The far left sees a strong family resemblance between these proposals and their socialist ‘Green New Deal.’”

As if to stoke Republican fears, two progressive Democrats, Rep. Alexandria Ocasio-Cortez of New York and Sen. Edward Markey of Massachusetts, last week revived their push for the Green New Deal, a broad plan to dramatically reduce U.S. reliance on and production of fossil fuels, while promoting clean energy jobs.

Biden’s investment in the EV market in the United States would go toward building 500,000 charging stations by 2030, giving tax incentives to consumers who buy EVs and replacing 50,000 diesel transit vehicles, while electrifying at least 20 percent of the nation’s public school bus fleet.

“The U.S. has a choice of whether we’re going to lead in these sectors or if we’re going to follow,” Deputy Energy Secretary David Turk said last week at a virtual meeting sponsored by ZETA, an advocacy group for electric vehicles.

Meanwhile, a fundamental change is already happening in the automobile industry.

In January, General Motors set 2035 as a target for producing only EVs and 2040 to achieve complete carbon neutrality across all of its facilities. Volvo plans to cut out internal combustion engines even sooner, going all electric by 2030.

ZETA Executive Director Joe Britton said that the companies’ announcements reflect the “irreversibility of electrification” in the transportation sector, and pointed out the huge economic opportunity in developing domestic manufacturing of electric vehicles and batteries.

The success of Biden’s climate agenda, with a recently announced goal to cut nationwide carbon emissions by 50 to 52 percent from 2005 levels by 2030, will depend largely on how quickly he can convince American automakers and consumers to go electric. Only about 2 percent of vehicles sold in the United States last year were EVs. A number of recent studies, including by the National Academies of Science, concluded that half of all new vehicles sold should be electric to meet the greenhouse gas reduction goal Biden adopted.

Before Americans’ embrace of EVs is clear, though, Biden success in getting his $2.2 trillion infrastructure plan through the Senate will depend on whether he can convince Republicans to support the legislation, or whether he decides to push it through using a budget reconciliation process that requires support only from Democrats, who control the chamber 51-50, with Vice President Kamala Harris casting tie-breaking votes.

But that could create even greater partisan backlash and push EVs into the polarized rift between liberals and conservatives.

If current Republican talking points associating EVs with the Green New Deal stick, “you could start to see the kind of almost culture wars around electric vehicles that we see on vaccines and that we see on voting rights and abortion,” said David Victor, a professor of innovation and public policy at the University of California, San Diego. “People’s attitudes [on EVs] could end up being determined first and foremost by their party affiliation.”

Biden could also lose the support of some centrist Democrats like West Virginia Sen. Joe Manchin, who expressed hesitation last week at the idea of pushing Biden’s original infrastructure proposal through Congress without any Republican support.

Victor said that an EV policy that would have the potential to win Republican support would focus on private sector incentives for EVs and EV infrastructure, like the bill Burr was a co-sponsor of in March, which many Democrats and the EV industry see as a bare minimum.

Among the public, EVs are still a relatively nonpartisan topic. According to a 2019 Climate Nexus national poll, 70 percent of Republicans and 84 percent of Democrats have a somewhat or very positive opinion of electric vehicles.

“It would be, again, ridiculous and unfortunate if this became partisan,” said Cathy Zoi, CEO of EVgo, the largest fast charging network for electric vehicles in the United States, during a virtual panel conducted by ZETA. “We should all be able to come together and put the force of our shoulders behind this infrastructure investment.” 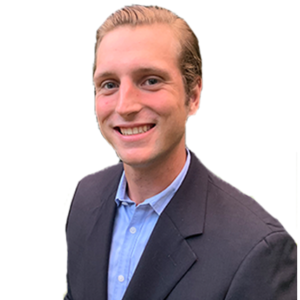 Nico Portuondo is a graduate student at Northwestern University’s Medill School of Journalism, where he specializes in politics, policy and foreign affairs. He recently completed a media internship at the Union of Concerned Scientists and now covers environmental policy at Medill’s Washington bureau. Nico graduated with a Bachelor of Arts from Duke University, where he majored in environmental science and policy. 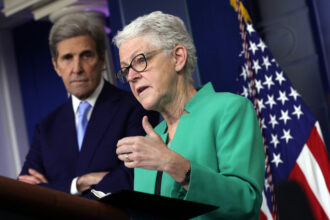 Jobs and Technology Take Center Stage at Friday’s Summit, With Biden Pitching Climate Action as a Boon for the Economy 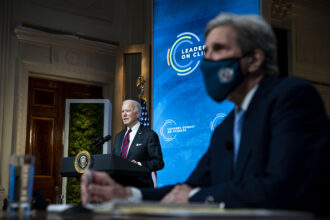