A conference last week got into a subject that is deep and superhot.

Some of the leaders in geothermal energy and energy policy gathered virtually to talk about a form of clean energy that they said is getting close to a technological leap forward.

Geothermal energy comes from harnessing heat from beneath the Earth’s surface, which can be used to run power plants, heat buildings and provide heat for industry. Some form of geothermal has been used for decades, with power plants in the West and Mountain West, and even older geothermal heating systems in cities like Boise, Idaho.

The opportunity ahead is for researchers and entrepreneurs to develop ways to affordably use geothermal energy at a larger scale and in many more places.

“One of the things that really excites me about geothermal is that every building is already sitting on this vast reservoir of renewable energy right there for the taking,” said Kathy Hannun, president and co-founder of Dandelion Energy, a company developing affordable geothermal heating and cooling systems for houses.

Her comments were part of Pivot 2021, a conference organized by the Geothermal Entrepreneurship Organization at the University of Texas at Austin, with support from the U.S. Department of Energy (DOE).

One of the recurring themes across days of panels was the opportunity for the United States to build on the drilling technology and methods developed by the oil and gas industry and to shift people from the industry’s current workforce to work in geothermal energy.

“I loved the work in oil and gas,” Robins told me later. “But as the years went on, I got more and more worried about global warming and I just did not feel good about the industry, and, frankly, most of the industry’s attitude toward global warming. I was just ready to leave.”

As he sees it, the oil and gas industry is like the coal industry was 10 or 15 years ago: in a gradual decline that is making workers look for other options.

“I get contacted quite a bit by oil and gas people that have either lost their job or are not happy and wondering what else they can do out there,” he said. “When you look at solar and wind, it’s not often a great fit for oil and gas workers to go over to those industries, so naturally they gravitate towards geothermal.”

But for now, the geothermal industry is too small to be a landing spot for many oil and gas workers.

Robins was the lead author of a report released this month about the current state of the U.S. geothermal industry and technologies. It shows that geothermal power remains a small part of the electricity mix, and construction of new geothermal power plants has barely kept up with the closing of older plants.

A geothermal power plant generates electricity by using the earth’s heat to produce steam that turns a turbine. Nearly all the geothermal power plants and heating systems currently in use are in places that happen to be sitting on top of heat that is close to the surface and easily accessible.

Geothermal power plants tend to be small—the combined generating capacity of the 93 plants in the U.S. was 3,673 megawatts in 2019. For some perspective, the largest coal-fired power plant in the country, Plant Scherer in Georgia, has a capacity of 3,520 megawatts.

Also, geothermal electricity generation as an industry is not a major employer, with 8,002 jobs in 2020, according to the Clean Jobs America report from Environmental Entrepreneurs, a trade group. The excitement about geothermal energy is for what it could become.

Companies are working to develop ways to drill at much greater depths and through hard rock to get access to heat that is not available today. The technologies include “enhanced geothermal systems,” in which companies drill two or more boreholes and then inject water to force circulation of fluids between the surface and a hot area below ground. Another technology is “closed loop geothermal,” which uses sealed wells to circulate a liquid that gets heated below ground and then comes to the surface. Energy journalist David Roberts took a deep dive into some of the technologies in a story last year for Vox.

One concern with geothermal is that the process of drilling and injecting fluids contributes to earthquakes in some circumstances, which also has been an issue for the oil and gas industry with injection wells for wastewater produced in fracking. The topic was part of the agenda at Pivot 2021, with a panel on forecasting and preventing “induced seismicity,” in other words, earthquakes caused by human activity.

Some of the companies working to develop new geothermal technologies have senior executives who come from the oil and gas industry. Among them, Robins said, are Transitional Energy in Denver, and Fervo Energy and Sage Geosystems, both in the Houston area.

They are working in an industry that has established players, like Calpine, which owns The Geysers in California, the largest complex of geothermal power plants in the country.

The NREL report lists 58 geothermal projects that companies are now developing across nine states, most of them in Nevada. The projects include Hell’s Kitchen in Southern California, with a generating capacity of 140 megawatts, which would have the dual purpose of producing electricity and harvesting lithium from the brine that would be pumped to the surface, as Sammy Roth wrote last year in The Los Angeles Times. Lithium is an essential raw material for lithium-ion batteries, which power electric vehicles and battery storage systems.

Utah FORGE, a partnership between the University of Utah and the DOE, is working to develop some of the new technologies. Workers on the project have completed an 11,000-foot well as part of their plan to build an enhanced geothermal system.

“Our hope is that this laboratory will serve as a prototype for similar projects around the world,” said Joseph Moore, a leader of Utah FORGE and a civil engineering professor at the University of Utah, in a statement.

I asked Robins how far the industry is from being able to go from a few dozen small projects to operating on a larger scale and in more places. The answer, he said, depends on market factors, like how the cost of geothermal energy compares to that of other sources, and on government policies, like the extent of tax credits and research and development funding.

A geothermal power plant costs more than solar, wind or natural gas plants, but less than nuclear and coal plants, according to cost comparisons like the annual “levelized cost of energy” report from the investment bank Lazard. Building a geothermal plant using some of the new technologies would be more expensive, as is the case with just about any emerging technology.

“You’re kind of racing the other renewables plus storage,” Robins said, about the competition to cut costs. He was referring to the practice of pairing wind and solar with battery storage. “Maybe there will be a place for all of them at some point.”

But looking at geothermal in terms of short-term cost competition is not the point for researchers who see demand rising for clean energy technologies of any kind as the world aims to cut emissions by mid-century.

Toyota Once Led on Clean Cars and Now Is Fighting Climate Rules: Toyota was a leader in clean cars with the hybrid gas-electric Prius, but the automaker has fallen behind its competitors in the race to develop electric vehicles while also lobbying against stricter emissions rules for the industry. The company’s actions are in contrast to its attempts to market itself as a leader in sustainable transportation, as Hiroko Tabuchi reports for The New York Times.

Organized Labor Faces Challenges in Organizing Clean Energy Workers: Labor unions have made some inroads in organizing clean energy industries, but there remain some big challenges. Attempts to unionize solar workers help to illustrate some of the larger issues. Political leaders would like to see clean energy industries catch up with fossil fuel industries on pay, as Delger Erdenesanaa reports for ICN.

Minnesota Is First State in Midwest to Adopt a Clean Car Standard: Minnesota is now the first state in the Midwest to adopt California’s rules for tailpipe emissions, which are stricter than the federal rules. Minnesota Gov. Tim Walz announced this week that the rules, the result of executive actions and not legislation, are now official and will take effect in 2024, as Jennifer Bjorhus reports for the Star Tribune in Minneapolis. “Minnesotans certainly know that old adage, ‘You need to skate where the puck is going to be,’” Walz said to reporters after the tour. “The puck is going to be in EV vehicles, and that is irrefutable.”

Despite Challenges Tesla Profit Soars: Tesla reported an increase in sales and profit in the second quarter compared to the same quarter in 2020, exceeding analysts’ expectations. The company’s strong performance came despite shortages of some parts and recalls in China and the United States, as Lora Kolodny reports for CNBC. The company also reported a $23 million charge related to losses in its bitcoin holdings. 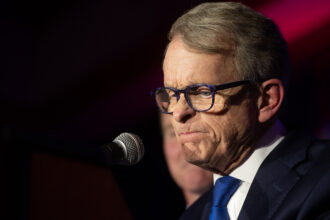 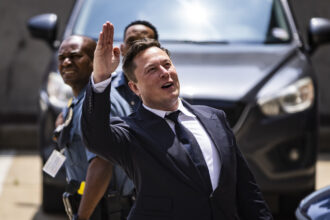 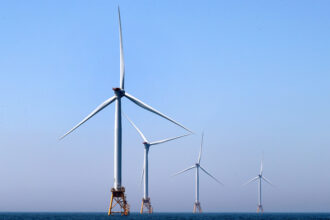