With four times the population of the United States, an economy growing 8 to 9 percent a year and surging energy demand, India’s race to become an economic power has propelled it to No. 3 in the list of top carbon polluters.

India’s greenhouse gas emissions will keep rising as it tries to lift millions out of poverty and connect nearly half a billion people to electricity grids. But it is also trying to curb emissions growth in a unique way, fearing the impacts of climate change and spiraling energy costs.

The government is betting big on two market-based trading schemes to encourage energy efficiency and green power across the country of 1.2 billion people, sidestepping emissions trading schemes that have poisoned political debate in the United States and Australia.

“The policy roadmap India is adopting to curb emissions is innovative — something that will make industries look at making efficiency the centerpiece rather than some step that follows an ineffective carrot and stick policy,” said Srinivas Krishnaswamy, CEO of green policy consultants Vasudha India.

In the world’s first such national market-based mechanism, called Perform, Achieve and Trade (PAT), India is starting a mandatory scheme that sets benchmark efficiency levels for 563 big polluters, from power plants to steel mills and cement plants, that account for 54 percent of the country’s energy consumption.

The scheme allows businesses using more energy than stipulated to buy tradable energy saving certificates, or Escerts, from those using less energy, creating a market estimated by the government to be worth about $16 billion in 2014 when trading starts.

The number of Escerts depends on the amount of energy saved in a target year.

A three-year rollout phase is set to start in September and will help India curb about 100 million tons of carbon emissions, the government estimates.

The rollout is aimed at working out hiccups in the process for companies to measure and report their energy use.

Trading for the REC scheme, which currently occurs once a month, has picked up as more projects participate, underpinning a government plan to ramp up solar power from near zero to 20 gigawatts by 2022, about one eighth of power generation now.

On May 25, a total of 14,002 RECs were traded during the REC trading session on the Indian Energy Exchange valued at $4.6 million, compared with 260 units at the previous session in April.

But concerns remain about how both initiatives will evolve because of a lack of data and trained manpower as well as weak penalties for firms that refuse to comply.

“India has an issue of manpower and data. You look at incomes, industrial activities are growing, the share market might boom but hiring manpower, [building up] capacity and institutions is a long-term game,” said Girish Sant, energy analyst at non-profit think tank Prayas.

Some analysts also point to technical gaps in the PAT scheme, including how various units of one company would be graded. There were also limitations that allow REC certificates to be traded only once, limiting the early entry of intermediaries or market makers.

“In order to have an effective cap-and-trade or market mechanism that aids desired reduction in energy use, it is necessary to have targets that are neither too easy nor too difficult to achieve,” said leading Indian clean energy project developer and advisory Emergent Ventures in a report on PAT.

But industry observers said it still makes sense for India to opt for a national energy efficiency scheme rather than carbon emissions trading.

“Because the target is intensity, so you are basically asking people to reduce their intensity and that matches the overall target,” said Sant of Prayas.

The government has pledged to cut carbon intensity — the amount of carbon dioxide emitted per unit of economic output — by between 20 and 25 percent by 2020, from 2005 levels.

Emissions trading would need an absolute emissions cap, something India does not want to do, saying it needs to keep its economy growing and competitive.

Adapting to the national policy and creating a unique market are a function of time and communication, said Vishwajit Dahanukar, managing director of Managing Emissions, a clean energy project developer, advisory and asset manager.

Rival China is also looking at promoting energy efficiency but most of the government’s planned efforts focus more on carbon emissions trading to achieve national climate and pollution goals.

In April, a senior Chinese official said the government would launch pilot emissions trading schemes in six provinces before 2013 and set up a nationwide trading platform by 2015, Thomson Reuters Point Carbon reported. The program would be based on provincial-level energy consumption targets.

The Chinese government is also considering a cap-and-trade scheme for energy savings in its buildings sector, which accounts for 30 to 40 percent of the country’s overall emissions.

According to a government directive, the mechanism would create energy saving credits but the program was still in the early planning stages, with trading some years away.

“As Chinese industry is much more organized and the political system allows stringent monitoring, it becomes a little easier for them to use emissions trading,” said Siddharth Pathak, Greenpeace India’s policy officer for climate and energy, told Reuters.

“Also the push back from Indian industry would be much more than China.” 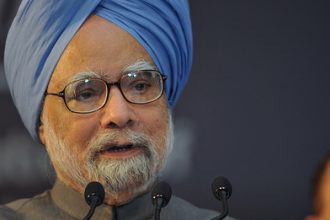 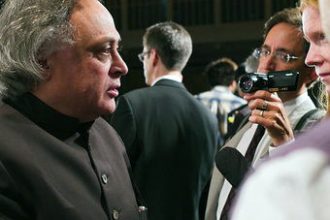 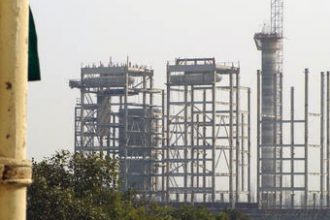