The cumbersome costs of siting, permitting, installing and connecting small-scale solar make up an increasing percentage of overall system fees — up to 40 percent — while the price of photovoltaic panels continues to drop.

The latest effort to slash these so-called balance-of-system costs comes from the U.S. Department of Energy, which in early June announced a $12.5 million Rooftop Solar Challenge as part of its SunShot Initiative.

The SunShot program is working with utilities, software providers and local governments to eliminate 75 percent of the total installation costs for solar energy systems by 2020.

According to a January report by San Francisco-based solar installer SunRun, local permitting and inspection can add 50 cents per watt — or up to $2,500 per home installation — to the cost of a 5-kilowatt rooftop system.

Ramamoorthy Ramesh, who directs the DOE’s Solar Energy Technologies and SunShot programs, said anywhere from 200 to 1,000 municipal governments would be eligible to compete for cash to lower the dollars and hours spent on solar installations.

“The [Rooftop Solar] Challenge is to the entire country, and specifically to cities and municipalities,” he told reporters on a June 23 conference call. “We want them to come up with new ideas.

“We decided to make this a very uniform, simple process so that if you … want to put a solar panel on your roof, you can do it in a short time period and with a minimal cost,” he continued.

Teams of local and regional governments will develop step-by-step plans for how to standardize permitting processes, update planning and zoning codes, improve standards for connecting to the electrical grid and increase access to financing, he said.

Such plans “will make it easier for investors to capitalize on all of the benefits of solar energy technologies, support jobs for solar installers, create new opportunities for small solar companies across the country and help the U.S. remain a top competitor in this key renewable energy market,” Ramesh said earlier on a DOE blog.

Although the DOE announced the challenge on June 1, the telepresser came only days after environmentalists criticized the Obama administration’s failure to put solar panels and a water heater on the White House by the spring of this year.

Bill McKibben, the author and activist who founded the advocacy group 350.org, and who led a campaign last year to get the White House to go solar, said the missed deadline shows that climate change is not high on the presidential agenda.

“I think [Obama] is just concentrating on other things, and that to him global warming is a second-tier problem,” he wrote in a June 21 post.

Ramesh said that the department “remains on the path to complete the White House solar demonstration project, in keeping with our commitment.”

She added that while $12.5 million was a relatively small amount of funding for a national program, the Rooftop Solar Challenge could build a foundation for other agencies looking to scrap the red tape and cut costs.

“It is the beginning of a snowball effect,” she said. “The question is really once you have these tools developed from the DOE … are you going to see a general movement in the right direction?”

Vote Solar worked actively with the Colorado Solar Energy Industries Association to promote that state’s Fair Permit Act, which Gov. John Hickenlooper signed into law in May, and which took effect on June 10.

Solar advocates consider the law a landmark measure in the nation’s third-largest solar market behind California and New Jersey, with nearly 70 megawatts in installed solar capacity.

The measure prevents state and local agencies from charging excessive fees for permits and plan reviews by capping costs at $500 for residential solar electric systems or water heaters, and at $1,000 for commercial permits up to 2 megawatts. The legislation runs through 2018.

In a study of 34 local Colorado jurisdictions, Vote Solar found that the average permit fee costs $498 and takes seven business days to issue. The organization recommends a permit fee of $250 or less and says that permits should be turned around in a day.

“So many transactions can be removed from the process to make it faster with relatively small changes,” Rose said.

Rose noted that an earlier Vote Solar survey of more than 550 permitting agencies in 23 states found that less than 15 provided solar permitting information online, and even fewer allowed for online application submissions.

In some areas, a lengthy inspection process requires construction crews to remain onsite for several hours or to make multiple trips. Solar installers rack up the extra costs, which are then passed on to homeowners, she said.

“Little work has been done to figure out what the AHJ [authority having jurisdiction] needs to make the process easier,” she said. “We don’t know what the solutions are, and that’s why we have this DOE challenge.”

Gov. Peter Shumlin in May signed the Vermont Energy Act of 2011, a comprehensive renewable energy bill that would allow small-scale solar customers to bypass the traditional permitting process altogether.

Starting in January 2012, owners of solar systems up to 5 kilowatts in size will complete a registration form and a certificate of compliance with grid connection requirements. The local utility will then have 10 days to raise any interconnection concerns.

“There is a fiscal and environmental urgency for Vermont to move off fossil fuels and toward sustainable sources of power,” Shumlin said at a May 25 bill-signing ceremony. 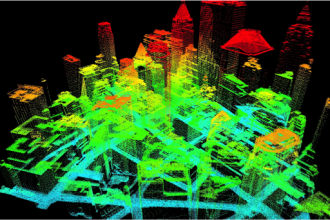 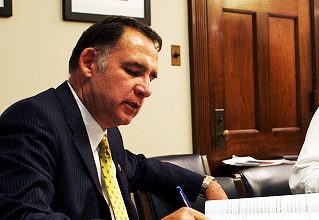 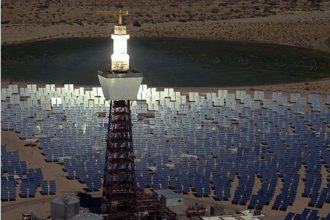 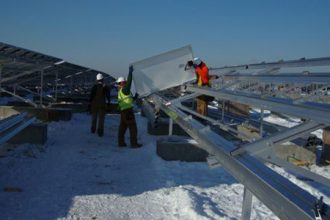