While the climate community was fixed on global climate negotiations unfolding at the UN last week, one news organization was focused on educating people about the local damage that’s already resulted from the world’s inaction.

On Sept. 22, the online newsroom The Daily Climate launched a Kickstarter to raise $25,628 for “Climate at Your Doorstep.” The project aims to build an online community of scientists, journalists and members of the public to discuss how climate impacts are already affecting people around the country and the world.

Organized around the hashtag #climatedoorstep, people will post questions, photos and observations on social media. The hash-tagged content will feed into a Daily Climate web page, and a panel of eight appointed scientific experts will respond to comments and questions.

The panelists include academic scientists, such as Katharine Hayhoe of Texas Tech University and Marshall Shepherd at the University of Georgia, and TV meteorologist Jim Gandy.

Douglas Fischer, editor of The Daily Climate and a main organizer of Climate at Your Doorstep, said the goal is to help people connect the dots between global warming and visible impacts such as heat waves, wildfires, heavy rainstorms and sea level rise.

Many people still “see climate change as something for the future, a little farther off…They’re not seeing the changes around us,” he said. By organizing discussions on social media, ordinary citizens can get answers to questions like, “‘Why is it so wet this summer?’ or ‘Why is this frost so ridiculously early?'”

Climate at Your Doorstep is one of many climate communication projects in recent years to try to deepen public understanding of the climate crisis at a time when misinformation runs rampant and political opposition to climate policy in Congress is at its strongest. In 2012, the science and journalism group Climate Central launched “Climate Matters,” a partnership with TV meteorologists to bring climate content to a wider audience.

Other projects include a collection of hand-written letters from climate scientists describing their emotional reactions to global warming, and a 97-hour social media campaign about the scientific consensus around man-made climate change.

The Daily Climate project is different, according to Michael Mann, a climate scientist at Penn State University who will serve on the Doorstep project’s science panel. It’s “driven by journalists working together with scientists,” he said via email. “As such, it provides a different, complementary perspective to…other existing efforts.”

Mann said he sees “great promise in these traditionally separate constituencies working together to convey how climate change is impacting real people, where they live, now.”

“People are incredibly astute about changes in their environment,” she said. For example, there are many “fine naturalists” in West Virginia who have noticed decades of shifting trends in hunting seasons or planting conditions. And while some of them are wary of the term “global warming,” they do want to discuss the concrete changes happening in their environment.

“As climate change became a political issue, it came to stand for liberal politics,” she said. “And climate change isn’t occurring along partisan lines. No matter where you live in the U.S., you’re likely already being affected.”

Fischer hopes journalists will tune in, and that discussions on the Doorstep platform will inspire general assignment reporters to incorporate the climate angle into their stories.

“The journalism business model has just been destroyed by the web,” Fischer said. As newsrooms shrank, some of the first reporters to go were those covering specialty beats like the environment, resulting in fewer stories that bring home the impacts of climate change.

“The climate change story is an incredible business story, an incredible local politics story,” he said. “The environment ripples through all these elements of our lives…If you’re covering city hall, this is a story you can have a piece of.”

The project’s first phase began in August, when The Daily Climate—which has aggregated climate stories from around the world since 2007—started labeling stories about current climate impacts with the hashtag #climatedoorstep. The articles cover topics such as ocean acidification in Puget Sound and the increase of Lyme disease in Canada.

The second phase, which is underway, involves building out the web platform as well as outreach efforts to get people to use #climatedoorstep.

The Kickstarter campaign has raised about $8,300 in nine days and is a third of the way to its goal. The money will go towards maintaining the project website, a small stipend for the science panelists and funding news stories inspired by the Doorstep discussions.

Fischer hopes the project will build enough momentum on social media to draw in people who might otherwise never read about climate science. Although he worries that the discussion might get “hijacked” by climate deniers, he notes the denier community is less active on social media than they are on the comment sections of news stories and blogs. 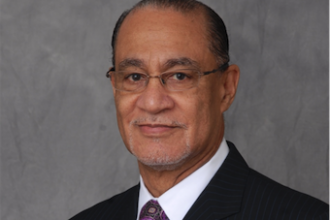