Rep. Lamar Smith, a Texas Republican who has been pursuing documents from the attorneys general of New York and Massachusetts over their climate fraud investigations into ExxonMobil, has now set his sights on the Securities and Exchange Commission.

Smith, chairman of the House Science committee, asked the federal financial regulatory agency to provide documents related to its investigation of Exxon.

Saying the committee was “troubled” by the commission’s investigation, Smith requested SEC chair Mary Jo White provide information about the purpose, scope, and origin of the agency’s inquiries  into Exxon’s climate disclosures.

Smith cast a wide net, asking for any documents that may link the White House, the U.S. Department of Justice, the two state attorneys generals and nine non-governmental agencies to the SEC probe. He demanded the documents be delivered by Oct. 13.

“The Committee’s jurisdiction over energy and environmental research includes an obligation to ensure that such research advances the American scientific enterprise to the fullest extent possible, free from threat of intimidation or prosecution,” Smith wrote in the letter to White.

“The Committee is concerned that the SEC, by wielding its enforcement authority against companies like Exxon for its collection of and reliance on what is perhaps in the view inadequate climate data used to value its assets, advances a prescriptive climate change orthodoxy that may chill further climate change research throughout the public and private scientific R&D sector.”

Smith has said his ongoing investigation of the New York and Massachusetts probes has been motivated by his belief that the attorneys general are on a politically motivated witch hunt. But an investigation by the SEC signals non-partisan interest by an agency which ordinarily does not operate under political influence.

Members of Congress including Rep. Ted Lieu, a California Democrat, had written the agency last October, citing news reports in InsideClimate News and the Los Angeles Times, and requesting  that the SEC “investigate ExxonMobil’s past filings to determine if securities laws were violated by failing to appropriately disclose material risks related to climate change.”

The current probe, disclosed by The Wall Street Journal, signals the SEC’s interest in whether Exxon fully disclosed the financial risk to its investors posed by climate change.

The SEC requires companies like Exxon to disclose potential decreased demand for goods that produce significant greenhouse gas emissions. Such a decrease could pose a material risk to investors.

Smith has said there is a need to know whether there are any adverse effects related to the New York and Massachusetts attorneys generals’ investigations that might hinder scientific research and development.  Smith recently held hearings in the face of the refusal by Eric Schneiderman of New York and Maura Healey of Massachusetts to comply with subpoenas to hand over records.

Smith’s letter to the SEC echoed that same theme.

The request drew a rebuke from Sen. Sheldon Whitehouse (D-R.I.) who has been encouraging the investigations into Exxon and assailing Smith for his subpoenas. “Harassing the SEC, as he’s harassed state Attorneys General and the private entities that have petitioned them, is an abuse of the committee’s power,” Whitehouse said. 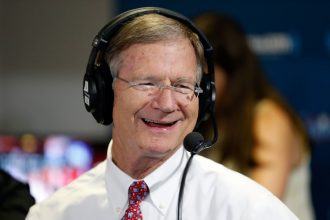 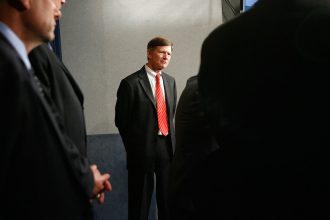