The Senate committee voted 16-6 to approve Zinke’s confirmation, and later voted 16-7 to approve Perry’s. The full Senate will vote on both of President Donald Trump’s cabinet nominees before they are confirmed. The date of these two votes has not yet been set.

While serving in Congress, Zinke (R-Mont.) has supported public access to federal lands but frequently voted in favor of expanding fossil fuel production and against environmental policies. The environmental group League of Conservation Voters, which rates members of Congress on their environment record, has given Zinke a lifetime rating of 3 percent.

The Department of the Interior oversees the nation’s lands, water, wildlife and other natural resources. The Interior Secretary also oversees nine technical bureaus, including the National Parks Service, the United States Geological Survey and the Office of Surface Mining Reclamation and Enforcement.

During Zinke’s confirmation hearing, he was repeatedly asked to clarify his opinion and understanding of climate change. Zinke said it’s “indisputable” that the climate was changing and referenced the fast-melting glaciers in Montana’s Glacier National Park. But when pressed about humans’ role in global warming, he said: “I think where there’s debate on it is what that influence is, what can we do about it.”

Perry was an outspoken climate denier while he was governor of Texas and repeatedly sued the Environmental Protection Agency over regulations involving the fossil fuel industry. When he ran for president, Perry once said he wanted to eliminate the Department of Energy but then forgot the name of the agency.

The Energy Department leads the nation’s scientific and technological innovation on energy and oversees the nation’s stockpile of nuclear weapons and disposal of waste from nuclear power plants.

During his confirmation hearing, Perry was also repeatedly asked about climate change. He said the “climate is changing.” He also disavowed the Trump transition team’s controversial questionnaire that sought to identify Department of Energy employees working on climate-related issues.

Following the votes, Sen. Maria Cantwell (D-Wash.), the ranking member of Senate committee, expressed skepticism that Perry would fiercely protect agency programs on energy efficiency against a Trump administration keen on cutting them.

“We gave Gov. Perry many opportunities to clarify for the record the lack of enthusiasm to refute what the Trump administration was pursuing as it relates to the electricity office and energy efficiency…. So we needed stronger statements, we needed more commitments,” she said.

Cantwell later spent a few minutes giving Zinke a “reminder” of how important existing environmental protection policies are. Cantwell, along with some of her Democratic colleagues, voted against both nominations.

Joining all committee Republicans to approve both nominees were Joe Manchin (D-W.Va.), Angus King, (I-Maine), and Catherine Cortez Masto (D-Nev.). Ron Wyden, (D-Ore.) abstained on Zinke, saying he wanted more clarification from him on reports that he wants to move the management of national forests to the Department of Interior. Also breaking ranks with the Democrats were Debbie Stabenow (D-Mich.), who voted against Zinke, but for Perry. Martin Heinrich (D-N.M.) voted for Zinke, but against Perry.

Masto, the former Nevada attorney general who won retired Sen. Harry Reid’s seat, voted for both despite strong support from environmental groups in her campaign. Masto said she does have some concerns about Zinke’s positions, especially on energy regulations on public lands, and she said her private meetings with Perry had won her vote. Perry assured her that he “understands the importance” of one of her state’s hot-button energy issues—the proposed nuclear waste disposal site at Yucca Mountain. She said Perry “is someone I can work with to ensure Yucca Mountain never sees the light of day.”

The Senate Committee on Environment and Public Works is expected to vote on Wednesday on Trump’s nominee to run the Environmental Protection Agency, Oklahoma Attorney General Scott Pruitt.

The full Senate vote on Rex Tillerson, the nominee for secretary of state, could happen as early as Wednesday. 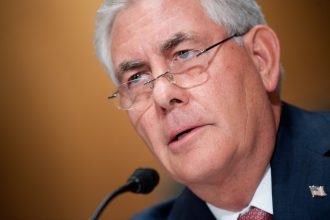 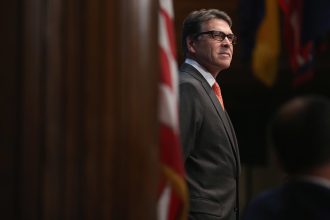