Now that the governor has pulled the state from the regional carbon trading pact, some RGGI supporters are suggesting he should pay back the clean energy funds.

“Morally, should it be replaced? Absolutely,” Assemblyman John McKeon told SolveClimate News, noting that legally the governor is not required to do so.

Last Thursday, after months of speculation, Christie announced that he would withdraw New Jersey from the nation’s first cap-and-trade scheme, which he called a failure and an ineffective approach to reducing greenhouse gas emissions.

RGGI proponents argued that the diversion of funds from the state’s Global Warming Solutions Fund from fiscal year 2010 to 2011 had stunted the program’s reach.

“It is very disingenuous of him to say that the program is not effective when he did far from all he could to make it as effective as it could be,” Dale Bryk, energy director of the Washington, D.C.-based National Resources Defense Council, told SolveClimate News.

The $65 million in proceeds were initially intended for the state’s Clean Energy Solutions Capital Investment (CESCI) loan/grant program, which supports renewable energy, energy efficiency and customer assistance projects in New Jersey. Earlier estimates said he had withdrawn as much as $68 million.

Last year, the state had allotted $29.6 million for 12 large-scale projects, but eventually scaled back to only six projects worth $12.3 million in loans after Christie spent some of those funds on the budget.

McKeon co-sponsored the 2008 legislation that brought New Jersey into RGGI, and he chairs the Assembly’s Environment and Solid Waste Committee.

Upendra Chivukula, the Assembly deputy speaker, said that Christie owes it to New Jersey residents to replace the lost revenues.

“The governor has to be accountable to the ratepayers, because this money is coming from the ratepayers — not taxpayers,” he said. Chivukula was the first to sponsor the state’s RGGI bill and chairs the Assembly’s Telecommunications and Utilities Committee.

Neither assemblyman, however, said he had heard of talk of recovering the RGGI funds for clean energy spending.

Jeff Tittel, director of the Sierra Club’s New Jersey chapter, said he, too, was doubtful that Christie would return the $65 million.

He cited a January evaluation by Environment New Jersey, a statewide advocacy group, which said the governor had cut more than $400 million from state clean energy programs, including $52 million off the budget of the Clean Energy Fund.

“It gave him some of the excuses to pull out of RGGI — he takes the money and says the program is not working,” Tittel said.

A spokesperson for Christie did not respond to requests for comment by deadline.

Under RGGI, power plants in 10 participating Northeast and Mid-Atlantic states must cap carbon dioxide emissions at 188 million short tons per year through 2014, with additional annual reductions of 2.5 percent from 2015 to 2018. States then sell carbon allowances through auctions to fund their respective clean energy programs.

Participating states have raised nearly $861 million in carbon allowances from the 11 quarterly online auctions that have been held since 2008. Sixty-three percent of the earnings have helped improve energy efficiency and accelerate renewable energy deployment, according to RGGI figures.

Opposition to RGGI gained attention in the state last fall after legislators from the Assembly Environment and Solid Waste Committee and the state Senate Environment and Energy Committee introduced a set of bills to repeal the state’s Global Warming Response Act and withdraw from RGGI.

At the same time, conservative groups Americans for Prosperity (AFP) and the American Legislative Executive Council (ALEC) launched media campaigns across the region that blasted RGGI for raising taxes and driving away businesses.

Christie’s decision to patch the budget with RGGI funds was an early sign to advocates that the governor might be on board with efforts to withdraw. In February, Christie announced at a town hall meeting that he would reevaluate New Jersey’s participation in the carbon market.

Finally, at a May 26 press conference in Trenton, Christie confirmed his plans to pull out of the program.

“After extensive review with the [Department of Environmental Protection] and others in my administration, our analysis … reveals that this program is not effective in reducing greenhouse gases and is unlikely to be in the future,” he said in transcripts provided to SolveClimate News by the governor’s office.

“RGGI allowances were never expensive enough to change behavior as they were intended to and ultimately fuel different choices,” Christie said. “In other words, the whole system is not working as it was intended to work. It’s a failure.

“RGGI does nothing more than tax electricity, tax our citizens, tax our businesses, with no discernible or measurable impact upon our environment,” he continued.

Supporters of the initiative were quick to respond, pointing to a February 2011 report from RGGI Inc., a nonprofit group that oversees the program, which found that climate change air pollution across the region had fallen 30 percent since 2008.

Regional energy costs reportedly dropped between 15 and 30 percent, due partly to RGGI-funded energy efficiency programs that created a year’s worth of work for nearly 18,000 people across the 10 states.

Seventy-four percent of those polled said they wanted to keep New Jersey energy dollars in the state, rather than spend state money to import fossil fuels from outside sources.

“How is [Christie] going to revitalize New Jersey’s economy, create jobs, lower energy bills and lower pollution when he just threw away a program that does that?” Bryk asked. “He has just taken the most effective policy tool that he has out of his tool box.”

New Jersey’s RGGI withdrawal, however, is not cast in stone.

The governor must complete a lengthy regulatory process, during which time proponents intend to rally support for the initiative. Further, Assemblymen McKeon and Chivukula told SolveClimate News that within the next several weeks, the lawmakers intend to propose legislation that would revoke the governor’s authority on RGGI.

“We want to take it out of the governor’s jurisdiction and show that what the legislature wants, on behalf of the taxpayers and residents of New Jersey, is for New Jersey to participate in RGGI,” Chivukula said. 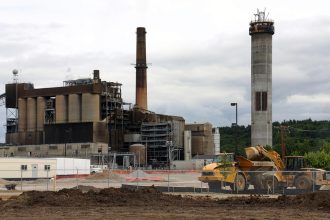 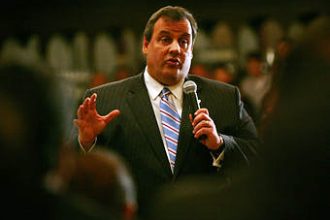 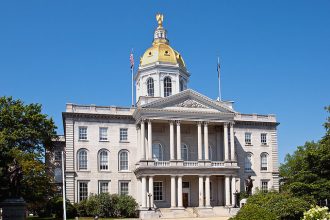 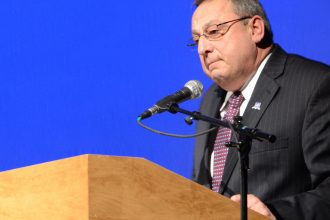