Find profiles of all the presidential election candidates here.

The former Indiana governor came into Trump’s orbit with a reputation as a culture warrior who sought to restrict gay marriage and reproductive rights, and he has described his defense of the fossil fueled-economy as part of the same ideological battle.

“It has long been a goal of the liberal left in this country to advance a climate change agenda,” he said in a June 2017 interview on Fox & Friends to laud Trump’s decision to exit the Paris climate accord. “For some reason or another, this issue of climate change has emerged as a paramount issue for the left in this country and around the world.”

Another key asset Pence brought to the Trump administration was the close bond he had forged with wealthy corporate donors who shared his determination to prevent U.S. action on climate—especially the petrochemical, libertarian, billionaire Koch brothers.

After a stint as a conservative talk radio host with a style he called “Rush Limbaugh on decaf,”  Pence made his first successful run for Congress in 2000.

“Global warming is a myth,” Pence wrote at that time, claiming—incorrectly—that the Earth was hotter 50 years earlier. He scoffed at the possibility that the atmosphere could be harmed by carbon dioxide, “a naturally occurring phenomenon in nature.”

From his seat in the House of Representatives, Pence supported most of President George W. Bush’s energy agenda, including abandonment of the Kyoto climate accord and the drive for expanded fossil fuel development.

In his dozen years in Congress, just 4 percent of the votes Pence cast were pro-environmental, according to the League of Conservation Voters. His greatest impact on climate policy, though, was in rallying fellow Republicans against President Barack Obama’s clean energy agenda.

Pence became chairman of the House Republican Conference, the GOP’s third-ranking House position, as Obama entered the White House in January 2009. By June, the Democratic-controlled House passed the first climate change legislation ever to make it through a chamber of Congress. The bill was based on cap-and-trade, an approach for setting limits on carbon emissions and selling permits to polluting companies, who could in turn trade the chits among each other. Such a market-based system had been backed by both Obama and his opponent, Sen. John McCain (R-Ariz.). But bipartisan support for climate action was about to crumble, and Pence would play an important part in its demise.

To serve as his Republican conference chief of staff, Pence tapped Marc Short, a political operative with contacts throughout the conservative donor world. Short had been executive director of the Young America’s Foundation, one of a network of nonprofits funded by wealthy conservatives like the Koch brothers to promote conservative values and policies.

Short arranged for Pence’s first invitation to speak at one of the Koch brothers’ secretive fund-raising seminars in June 2009, according to a 2017 profile by The New Yorker’s Jane Mayer. In the run-up to that event, Pence was one of the first members of Congress to sign the No Carbon Tax pledge that the Koch-funded advocacy group, Americans for Prosperity, was circulating against the cap-and-trade legislation. Pence urged other members to sign.

Americans for Prosperity amplified that message in a “Hot Air Tour” against “global warming alarmism” during the 2009 summer congressional recess. Opposition to cap-and-trade grew and Democrats never brought the measure to a vote in the Senate.

In 2010, with the help of $45 million from Americans for Prosperity, Republicans reclaimed the House majority, killing chances for a climate bill—a major victory for Pence and the GOP.

Pence, meanwhile, announced he was running for Indiana governor. He’d have the Koch brothers’ support, and an opportunity to amp up his fight against Obama’s climate agenda.

The Koch brothers contributed $300,000 to Pence’s successful $15 million campaign for Indiana governor in 2012, placing them among the new governor’s top five donors.

As governor of Indiana, a state second only to Texas in coal consumption, Pence could exert a major influence on national climate policy.

The previous Republican governor, Mitch Daniels, had established a voluntary renewable energy standard and launched a major energy efficiency program for Indiana. But with Pence as governor, the Republican legislature worked to dismantle those programs.

In 2014, when Indiana lawmakers passed a repeal of the energy efficiency initiative , Pence took care not to cheer the demise of the popular program. He said he had mixed feelings, but he killed the program decisively when he neither signed nor vetoed the legislation, allowing the repeal to become law in 2015 without his signature.

Years later, studies showed that Pence had reason to avoid taking credit for the first-ever state repeal of energy efficiency rules. Doing away with the requirements cost Indiana consumers $140 million more in utility bills from 2015 to 2019, and may have slashed job creation in the state by 37 percent, according to one analysis.

In Pence’s 2015 State of the State address, he declared an all-out battle against the Obama administration’s Clean Power Plan, a signature climate change initiative aimed at reducing carbon emissions from coal plants. “Indiana is a pro-coal state,” Pence said. “We must continue to oppose the overreaching schemes of the EPA until we bring their war on coal to an end.” Pence was rejoined by his former spokesman, Matt Lloyd, who had spent a year leading communications for Koch Industries, but returned to become the governor’s deputy chief of staff. Pence became one of a handful of governors who announced they would defy the Clean Power Plan, and Indiana joined 23 other states in the lawsuit that ultimately stayed the regulations.

The Trump administration eventually repealed the Clean Power Plan, but during the 2016 election, many corporate foes of climate policy, like the Koch brothers, had doubts about Trump. Charles Koch famously said the choice between Trump and Democratic nominee Hillary Clinton was like choosing between cancer and a heart attack.

But Short said in Mayer’s New Yorker profile that one key Trump move helped dissolve hostilities between him and the Koch brothers: He selected Mike Pence as his running mate.

“The Kochs were very excited about the vice-presidential pick,” said Short, who became one of several Koch loyalists installed in the Trump administration. Short left the Koch brothers’ Freedom Partners to serve as Trump’s director of legislative affairs—his main liaison to Capitol Hill—in 2017 and 2018. Last year, Short moved back to Pence’s side as his chief of staff.

Trump may govern with open disdain for the Washington establishment, government experience and political tact, but he has relied heavily on Pence—who exudes all three—for outreach to key constituencies. “He gets along with people, I think, much better than I do,” Trump said, remarking on Pence’s success in dealing with governors on the coronavirus.

One key interest group for which Pence has served as go-between is the fossil fuel industry. Lobbying disclosure records show the American Petroleum Institute lobbied Pence on the Dakota Access and Keystone XL pipelines, and the National Ocean Industries Association visited him to talk about offshore drilling.

In 2020, Halliburton began lobbying the vice president on issues specified only as “government relations,” after the oil services giant hired a Pence friend, Bob Grand, an Indianapolis-based lawyer and political fundraiser, as its lobbyist.

Last year, Pence visited oil industry officials in the Permian Basin in West Texas to promote Trump’s new trade deal with Mexico and Canada and to raise campaign funds. “Let me bring greetings from someone who loves American energy and loves the state of Texas,” Pence said, adding, “we got America out of the disastrous, job-killing Paris climate accord.”

But when Pence addresses a broad audience on climate change, he walks a fine line, expressing environmental concern while touting elimination of environmental protections.

Last year, when CNN’s Jake Tapper asked the vice president if he believed that climate change was a threat, Pence said, “I think the answer to that is going to be based upon the science.”

Pence avoided a direct answer, saying, “What we won’t do, and the Clean Power Plan was all about that, was hamstringing energy in this country, raising the cost of utility rates.” Pence added, “I think we’re making great progress reducing carbon emissions. America has the cleanest air and water in the world.”

Although critics accuse Pence of verbal tap-dancing, it has proved to be an effective strategy over his two decades of support for the fossil fuel industry. Corporate opponents of climate action have invested heavily in placing Pence where he is today. At the nexus of power, Pence puts a genial face on the blockade of the U.S. climate policy he has helped to build. 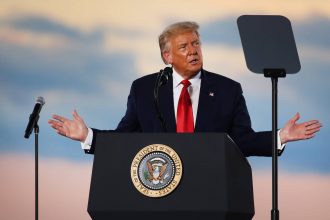 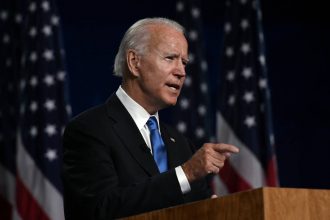 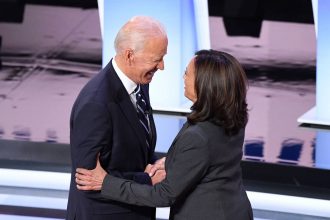