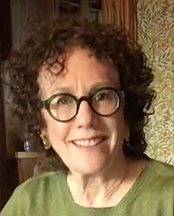 Judith Albert bridges the worlds of finance, sustainability and development. An investment banker for over 20 years at JPMorgan and Bear Stearns, and a corporate lawyer at Paul Weiss before that, she has extensive experience in M&A and corporate finance. As executive director of Environmental Entrepreneurs (an affiliate of NRDC), she ran a network of business executives who promote sound environmental policy on the economic merits. As Chair of the Board of Cornerstone Capital Group, she supports that firm’s incorporation of ESG and impact into fundamental financial analysis, in order to drive capital to more sustainable enterprises and activities. As an adjunct professor at The New School, she is teaching the next generation about business and sustainability. And, having studied, lived and worked in Latin America, and traveled broadly in developing countries, she is committed to inclusive and equitable development. She is a graduate of Yale University and Harvard Law School. 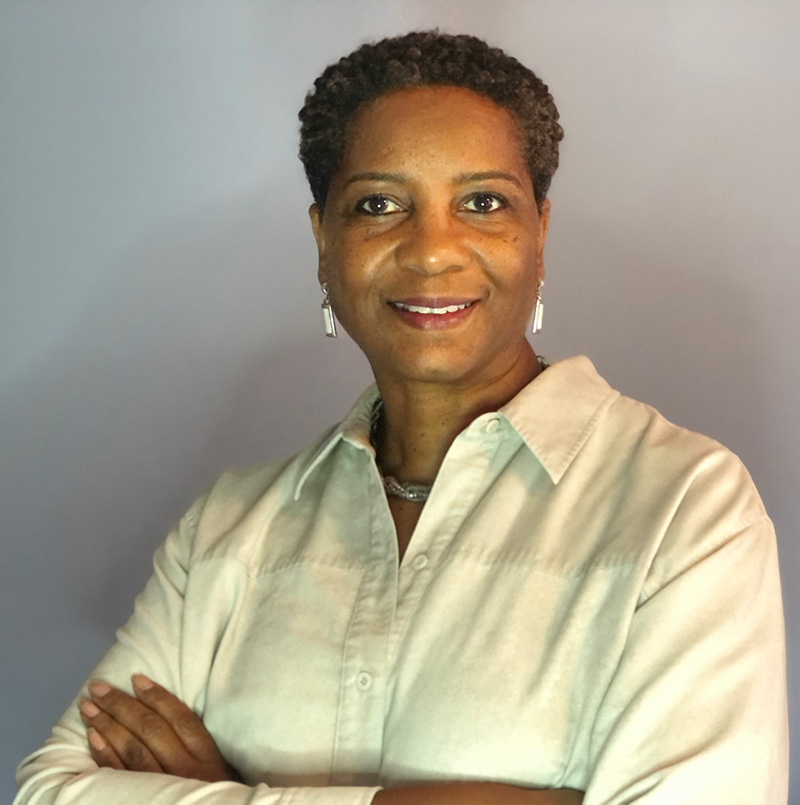 Shirley M. Carswell, a distinguished journalist and educator, is the executive director of the Dow Jones News Fund. She had a 25-year career at the Washington Post and retired as Deputy Managing Editor, a member of the senior newsroom leadership, with oversight of the news operating budget, hiring and training, information technology and special events planning.

She also spent seven years as a journalism instructor in the Cathy Hughes School of Communications at Howard University. She taught courses on journalism fundamentals and fact checking and was the editorial advisor for the award-winning independent student newspaper, The Hilltop.

Throughout her career, Shirley has championed diversity in newsroom staffing and media coverage. She is a longtime member of the National Association of Black Journalists, and briefly stepped in as interim Executive Director of the group, the nation’s largest organization of journalists of color. She serves on the boards of ADORE’S Angels, a nonprofit adoption and family services agency, and the Freedom Forum Institute’s Power Shift Project, which promotes workplace integrity in the media in the wake of the #MeToo movement. Shirley, a native of Pittsburgh, earned a BA in journalism from Howard University and resides in Prince George’s County, Maryland. 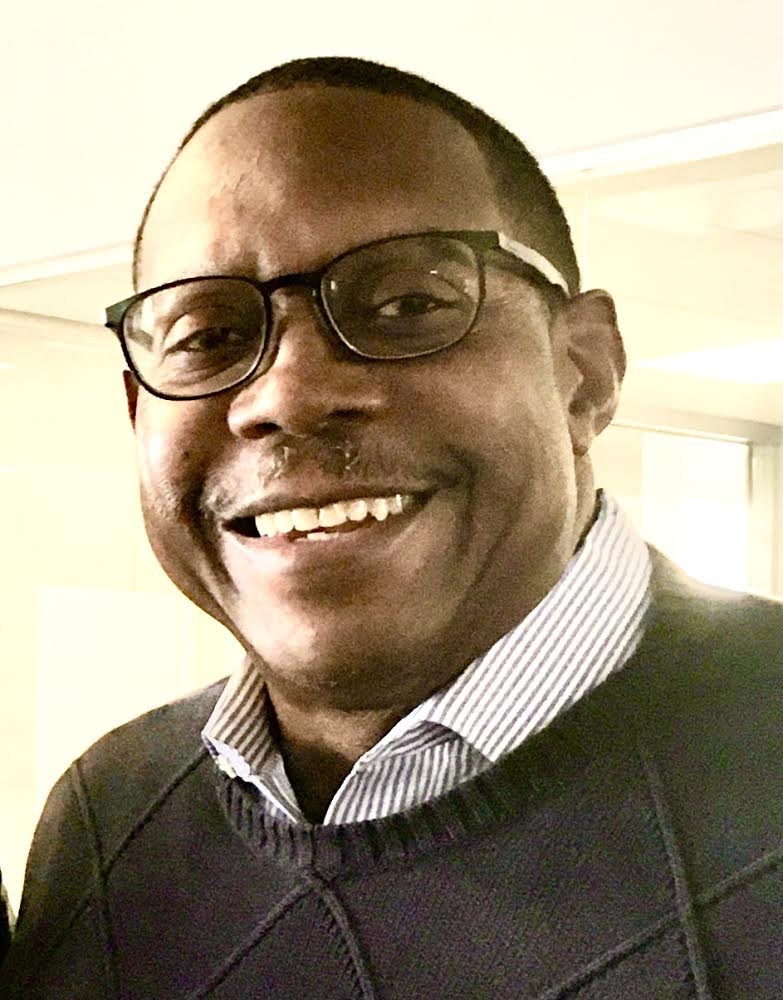 Harold Jackson, winner of the 1991 Pulitzer Prize for Editorial Writing, recently retired after 44 years as a journalist. Jackson grew up in Birmingham, Ala., during the Civil Rights Movement and in 1968 became the first black student in the University of Alabama’s high school journalism workshop. Following his graduation in 1975 from Baker University in Kansas, Jackson became a reporter at the Birmingham Post-Herald and subsequently worked for United Press International, the Philadelphia Inquirer, the Birmingham News, and the Baltimore Sun. Jackson returned to the Inquirer in 1999 and in 2007 became its editorial page editor; a position he held until joining the Houston Chronicle editorial board in 2018.

In addition to the Pulitzer, Jackson has received awards from the National Association of Black Journalists, the Society of Professional Journalists, the Alabama Press Association, the Maryland-Delaware-Washington, D.C. Press Association, UPI, and the Associated Press. A former Freedom Forum journalist in residence at the University of Alabama, Jackson also taught journalism at Loyola College of Maryland. He and his wife, Denice, have been married 43 years and have two children and three grandchildren. 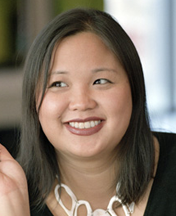 Jennifer 8. Lee is a journalist, film producer and entrepreneur. She is the founder of the literary studio Plympton, which focuses on innovative projects in publishing.

She graduated from Harvard with a degree in applied math and economics in 1999, and attended Beijing University on a fellowship to study international relations. She then became the youngest full reporter hired at The New York Times, where she covered technology, environment, crime and poverty until 2009. She is the author of The Fortune Cookie Chronicles, a book on how Chinese food is all-American, which hit #26 on the New York Times bestseller list. She is also the producer of The Search for General Tso, a documentary film that premiered at the 2014 Tribeca Film Festival, and a number of other films in development.

Jenny serves on the board of directors of the Center for Public Integrity, the Digital Public Library of America, the Asian American Writers’ Workshop, as well as the Nieman Foundation advisory board and the New York Public Library Young Lions Committee. She was also lead judge of the Knight News Challenge, on the launch team for Upworthy, coined the popular term “man date” and was an Esquire Woman We Love.

Jenny is also a member of the Unicode Emoji Subcommittee, and has authored successful proposals for the dumpling, takeout box, fortune cookie and chopsticks emoji. Currently, she is working on a proposal for a hijab emoji and organizing Emojicon, a conference for all things emoji. 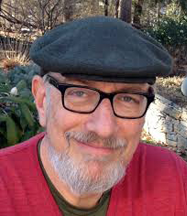 Ted Loewenthal, MD, has recently retired from a rewarding 35 year career as a physician in clinical practice. Recognized as a leading gastroenterologist in Connecticut, he was affiliated with Hartford Hospital where he oversaw gastrointestinal endoscopy and related quality of care issues.

Dr. Loewenthal continues to serve as the lead environmental trustee for the Common Sense Fund. Now his focus, energy and passion are directed to addressing the issue of global warming.

Having graduated from Harvard as a chemistry major, he brings a scientific perspective to his understanding of the issue of climate change. He earned his MD at Tufts University School of Medicine. 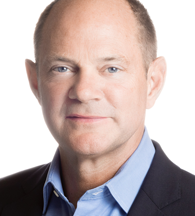 Keith McAllister is a Partner at SRI, the global executive recruiting firm, and leads the firm’s global Digital Media and Technology practice areas from New York. Prior to SRI and executive recruiting, Keith was a journalist and then operating executive. Formerly the CEO of content rights firm Mochila, and the CEO of video technology platform Wochit, Keith was previously the General Manager of Thomson Reuters’ Consumer Media business. Prior, Keith spent 17 years at CNN, finally serving as Executive Vice President/Managing Editor at CNN, where his responsibilities included the overseeing U.S. newsgathering, a division of management, talent, producers, operational, and technical teams. He currently serves on the Board of Directors of Inside Climate News, the Pulitzer Prize winning non-profit news organization focused on climate, and is a Director Emeritus of Americares, one of the world’s leading non-profit healthcare organizations. Keith received a B.A. from Amherst College and lives in Connecticut with his wife. 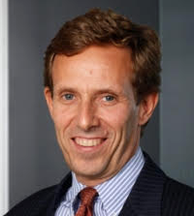 Michael Northrop directs the Sustainable Development grantmaking program at the Rockefeller Brothers Fund in New York City, where he focuses on energy and climate change. He provided the seed grant that got InsideClimate News started in 2007. He also moonlights as a lecturer at Yale University’s Forestry and Environmental Studies School, where he teaches a course on environmental campaigns. Previously he was executive director of Ashoka, an international development organization that supports “public sector entrepreneurs” and an Analyst at First Boston, an investment bank in New York City. Mr. Northrop also served on Mayor Michael Bloomberg’s PlaNYC Sustainability Advisory Board, the City of New York’s Waterfront Advisory Board, and on the boards of directors of Oceana and Princeton in Asia. Northrop has an Master of Public Administration from the Woodrow Wilson School at Princeton, where he was an English major as an undergraduate. 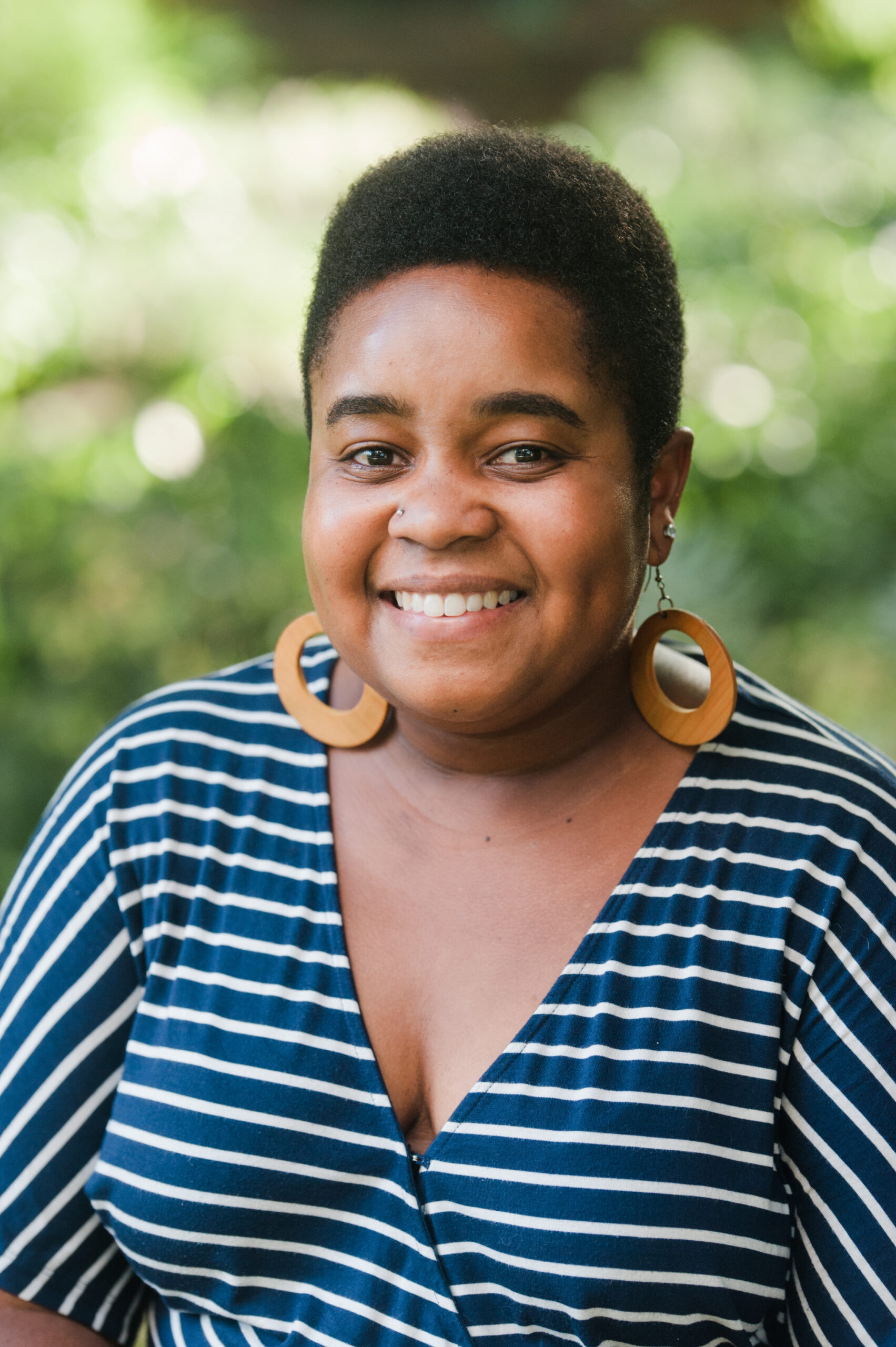 Danielle Purifoy is a lawyer and assistant professor of Geography at The University of North Carolina at Chapel Hill. Her research focuses on environmental justice and the racial politics of development in Black towns and settlements. Her work is published in various academic and public forums, such as Society and Space, Environmental Sociology, Duke Law and Policy Forum, Southern Cultures, and Environmental Health News. Danielle serves as Board Chair of the North Carolina Environmental Justice Network and as a member of the Durham Beyond Policing Coalition in Durham, North Carolina. She is the former Race and Place editor for Scalawag, a media organization devoted to Southern storytelling, journalism and the arts. 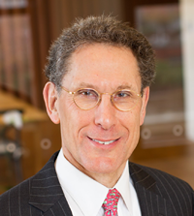 Larry serves as a member of the Board of Directors of the School of Visual Arts in New York City.

He received his undergraduate degree from Princeton University and the Princeton School of Public and International Affairs,

his law degree from Harvard Law School, and a Masters of Environmental Management from the Yale School of Forestry and Environmental Studies. 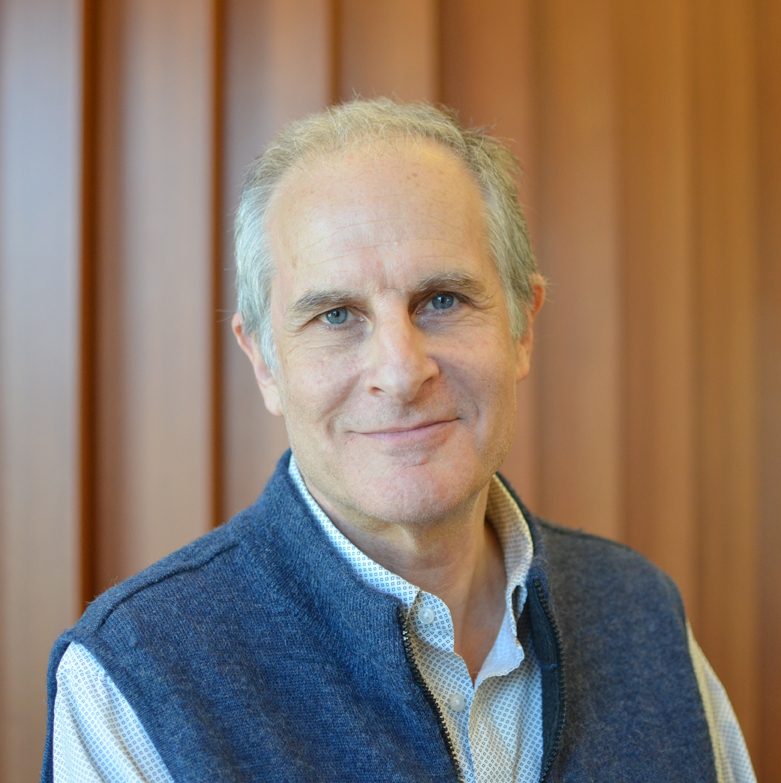 David Sassoon is the founder and publisher of InsideClimate News, the non-partisan and non-profit news organization launched in 2007 that won the Pulitzer Prize for National Reporting in 2013. He has been a writer, editor and publisher for 25 years, involved with public interest issues: human rights, cultural preservation, healthcare, education and the environment. In 2003 he began researching the business case for climate action for the Rockefeller Brothers Fund. BusinessWeek used that research to help it rank the Top Ten Companies of the Decade for emissions reductions and to produce a multi-part project that examined how leading U.S. corporations were responding to climate change.

As an outgrowth of his research, Sassoon founded the blog which has grown and evolved into InsideClimate News. He earned his undergraduate degree from Harvard University and a master’s degree from Columbia University’s Graduate School of Journalism. 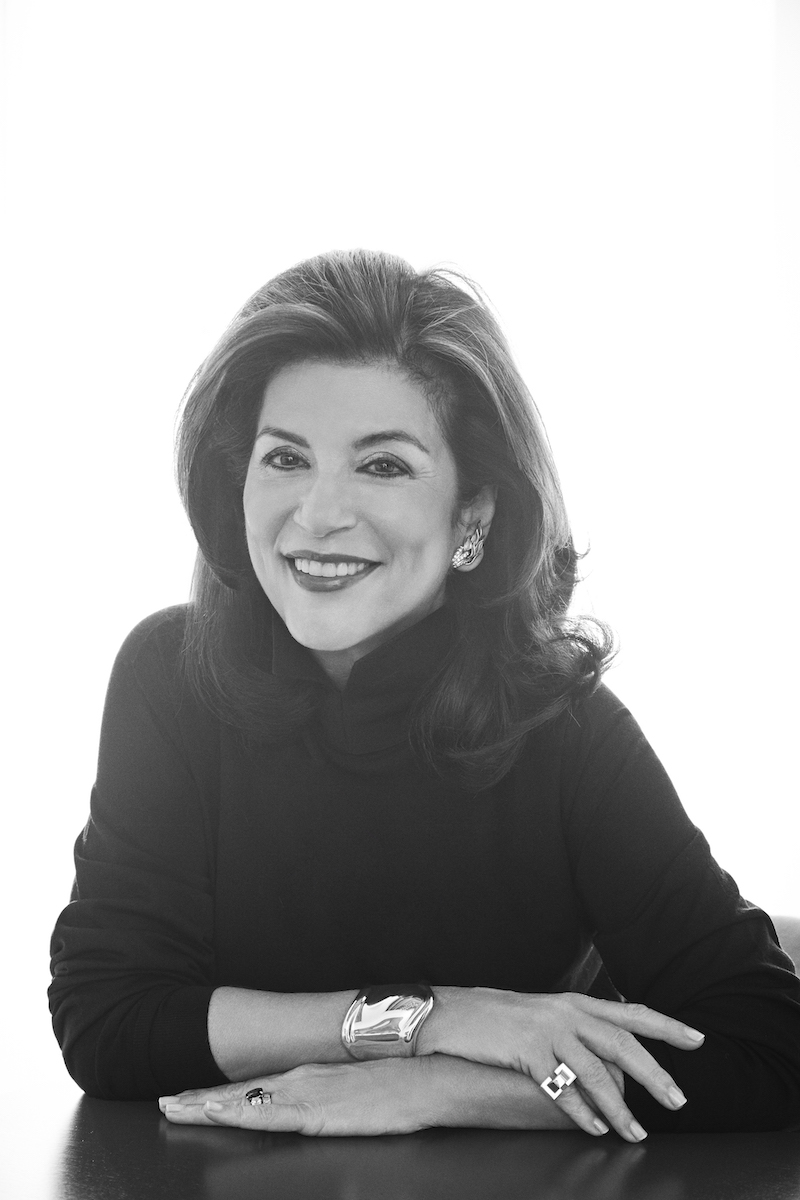 Nationally regarded as a respected leader in the field of public relations, Dancie heads one of the most notable PR firms in the Southwest, headquartered in downtown Houston. The firm that bears her name, Dancie Perugini Ware Public Relations (DPW PR) represents a broad, diverse roster of influential clients from the arts and universities to the nation’s industry-leaders in retail, hospitality, energy, and real estate development.

Active civically throughout her career, Dancie currently serves on the Development Board of the University of Texas Medical Branch; Advisory Board for the Alley Theatre; the Buffalo Bayou Partnership; Board of Directors Houston Police Foundation; member The Methodist Hospital Alzheimer’s Center Leadership Committee, Parents Campaign Advisory Board at UVA and Advisory Board of UT College of Fine Arts. Ware graduated with honors from The University of Texas at Austin with a B.S. and is a lifetime member of Texas Exes.