China’s dam builders will press ahead with controversial plans to build a cascade of hydropower plants in one of the country’s most spectacular canyons, it was reported today, in an apparent reversal for prime minister Wen Jiabao.

The move to harness the power of the pristine Nu river – better known outside of China as the Salween – overturns a suspension ordered by the premier in 2004 on environmental grounds and reconfirmed in 2009.

Back then, conservation groups hailed the reprieve as a rare victory against Big Hydro in an area of southwest Yunnan province that is of global importance for biodiversity.

But Huadian – one of the country’s five biggest utilities – and the provincial government have argued that more low-carbon energy is needed to meet the climate commitments of the fast-growing economy.

Their lobbying appears to have been successful, according to reports in the state media.

“We believe the Nu River can be developed and we hope that progress can be made during the 12th Five-Year Plan period (2011-2015),” Shi Lishan, the deputy director of new energy at the National Energy Administration, told Chinese national radio.

The plan envisages the construction of 13 dams on the middle and lower reaches of the river, with a total generating capacity of 21.3 gigawatts that is similar to that of the Three Gorges Dam.

The Nu (“angry river” in Chinese) flows from its source in the Himalayas through the heart of a United Nations world heritage site that has been called the “Grand Canyon of the Orient.” It is home to more than 80 endangered species, including snow leopards and Yunnan snub-nosed monkeys. Downstream, it provides water for Burma and Thailand, whose governments have joined a coalition of conservation groups and scientists in expressing opposition to the dam plans.

A recent report by China’s Economic Observer suggested the hydropower industry has overcome the political and environmental obstacles of the past five years and will now accelerate dam building.

Last month, the National Energy Agency said China plans to build an additional 140 gigawatts of hydropower capacity in the next five years as it tries to achieve the goal of producing 15 percent of its energy from non-fossil fuel sources by 2020.

As well as the Nu, the next round of projects is also likely to include hydropower plants in Sichuan, Qinghai and Tibet.

Last month, conservationists expressed dismay at moves to redraw the boundaries at a vitally important fish reserve on the Jinsha to allow for dam construction. 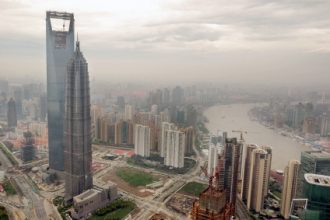 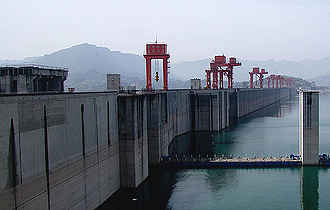 China: Not the Rogue Dam Builder We Feared It would Be?