WASHINGTON—While TransCanada has maintained all along that its negotiations are fair and accomplished in good faith, landowner holdouts along the proposed six-state route for Keystone XL beg to differ.

For instance, residents of Oklahoma and Texas — where oil is the economy’s bread and butter — are accustomed to navigating easement negotiations with domestic petroleum providers.

“The reality is that people are being pushed around,” said Ryan Rittenhouse, a community organizer with Public Citizen Texas. “They are feeling intimidated and threatened by TransCanada, which is using the threat of eminent domain to coerce landowners into signing a contract they don’t want to sign.”

In response to those concerns, TransCanada spokesman Terry Cunha told SolveClimate News that he intends on following up with company land agents to research the details of the complaints. He added that the agents keep records of all of their meetings with property owners.

Harlan Hentges, the attorney representing two generations of an Oklahoma family in a condemnation legal challenge, concluded TransCanada behaved inappropriately by approaching landowners one at a time. Rural residents, he emphasized, tend to be older, less savvy about their legal rights and not financially stable enough to afford legal counsel.

“TransCanada’s argument is, ‘We acted in good faith.’ My argument is that you didn’t explain who you were and what you were doing,” Hentges claimed. “They acted as if this was nothing different from what went on before with Oklahoma-based pipelines. I don’t think anything about that could be considered good faith.”

No doubt, the Keystone XL pipeline’s path slices through ecologically valuable but deeply conservative territory in the nation’s heartland.

So, while “takings” rhetoric espoused by politicians might sound as if states are intent on looking out for the rights of the pioneering and rugged individual, the harsh truth is that these supposed “protections” offered at the state level often tilt toward corporate gains.

However, one exception among the six states might be Montana.

The Big Sky State has at least passed more progressive legislation ensuring that  environmental review of Keystone XL is more transparent. Those with hands-on experience with TransCanada negotiations in Montana attribute that to what’s called the “Major Facility Siting Act.” While it might not prevent a taking, it provides more opportunities for landowner and citizen input before condemnation becomes an issue.

For instance, the advocacy organization Northern Plains Resource Council has formed a group for about 45 households along the Keystone XL route in western Montana. Rose Moore and other council organizers have compiled a four-page document that lists conditions for pipeline negotiations. They have asked the Montana Department of Environmental Quality to include these conditions as part of the permitting process.

Conditions touch on topics such as TransCanada’s responsibilities and liabilities with regard to eminent domain; pipeline design, safety and construction; mitigation and spill cleanup. For example, it requires TransCanada to obtain all of its state and federal permits before resorting to eminent domain in Montana. As well, the company is required to train local volunteer fire departments in emergency response for all pipeline problems.

“It’s kind of early in the process for us,” Moore said. “We’re hopeful that the DEQ takes into account what we asked them to take into account.”

In addition, the council has asked Montana DEQ and the State Department to complete a supplemental environmental impact statement evaluating the impact of TransCanada’s decision to allow conventional domestic oil from the state to feed into Keystone XL. Oil from what’s called the Bakken Formation, which stretches across Montana, North Dakota and into parts of Saskatchewan, is not oil sands heavy crude.

South Dakota, however, is having a devil of a time advancing legislation that would force a private company to acquire all of its permits before proceeding to the condemnation stage with landowners. Back in August, organizations began crafting a bill modeled after similar legislation in Wyoming and North Dakota.

Then, GOP state Rep. Mike Verchio shocked supporters in early February by dropping his commitment to be the measure’s lead sponsor in the South Dakota Legislature. That likely postpones any further legislative action until this summer. Supporters had already lined up a lead sponsor on the Senate side.

“Our primary sponsor inexplicably caved,” Stephanie Trask, an organizer with South Dakota-based Dakota Rural Action, said in an interview. “It was our first year of trying to bring up the bill, so we didn’t want to make an enemy. But it was a blow.”

State legislators also have yet to act on a related bill covering pipeline bonding. This is the fourth year in a row the House has considered a measure that would place a per-barrel fee on oil shipped through the state to create a $30 million mitigation fund to cover damages and reclamation after a pipeline rupture.

Dakota Rural Action organized three specific groups for landowners in three states along the Keystone XL route with the intent of helping them negotiate joint deals with TransCanada that offered the fairest price and soundest liability for property, water and livestock. Those groups are Protect South Dakota Resources, Eastern Montana Landowners and Landowners for Fairness in Nebraska.

“The compensation might not be anything they are too happy about signing,” Trask said about an agreement reached with close to 100 South Dakota landowners in December. “But we got a bunch of things negotiated.”

Even if the bill Verchio spurned at the last minute had passed with flying colors, she noted, it wouldn’t offer relief retroactively to South Dakota landowners on the Keystone XL route.

“They are out of luck,” Trask said about the landowners. “TransCanada calls itself a common carrier. And South Dakota’s state statute says that’s good enough for a company to proceed to eminent domain proceedings if no contract is signed.”

Tomorrow: Part III, Why Is TransCanada a ‘Common Carrier?’

Part I, Holding Out in Oklahoma 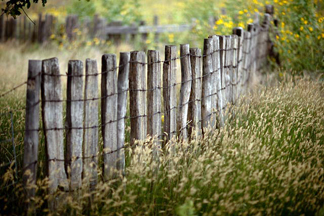 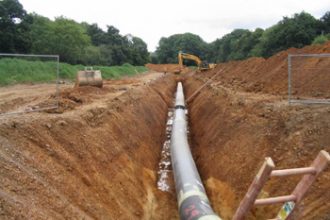 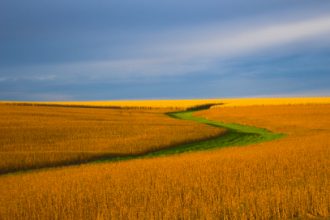 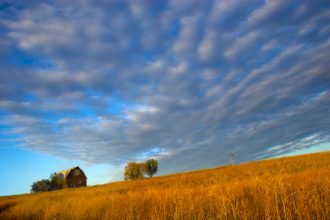 Oil and Water in Nebraska: One Voice on the Campaign Trail Piping Up 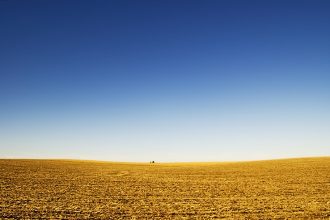 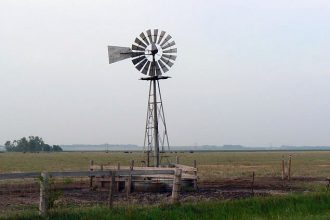