Update (July 7): EPA announced on July 7 the finalized Cross State Air Pollution Rule, which will cut hundreds of thousands of tons of smog- and soot-forming emissions from coal-fired power plants in 27 states in the eastern half of the U.S. According to EPA, the rule will result in $280 billion in annual health benefits beginning in 2014, and is projected to cost $800 million annually.

WASHINGTON—While much of the nation fixates on picnics, parades, patriotic music — and perhaps even the Declaration of Independence — on this approaching Fourth of July holiday weekend, Gina McCarthy will be contemplating smog and soot.

She will be dotting the i’s and crossing the final t’s in preparation for a midweek lifting of the curtain on the Environmental Protection Agency’s long-awaited rule designed to protect downwind states from upwind pollution.

“It’s time we took action and moved these rules,” the assistant administrator at EPA’s Office of Air and Radiation told a Senate Environment and Public Works Subcommittee Thursday. She added that after decades of delay, “we do not believe we are rushing to judgment.”

Sen. Tom Carper (D-Del.), chairman of the Clean Air and Nuclear Safety subpanel, organized the hearing to discuss a pair of safeguards the Obama administration crafted after a federal appeals court rejected two previous iterations created under the Bush administration.

As reinvented by Administrator Lisa Jackson’s EPA, the two regulations are now known as the Clean Air Transport Rule and the Utility Air Toxics Rule. Final standards for the latter, which the agency will unveil in November, are geared to drastically reduce mercury emissions from coal-fired electricity generators.

Carper, a former governor, often refers to Delaware as the nation’s tailpipe because it’s estimated that 90 percent of its air pollution drifts in from other states. Without a measure such as the Clean Air Transport Rule, he said, Delaware would never meet air standards even if it shut down every polluter within its borders.

In December 2008, the U.S. Court of Appeals for the District of Columbia Court ordered EPA to revisit two rules the Bush administration called the Clean Air Interstate Rule (CAIR) and the Clean Air Mercury Rule (CAMR) because neither met Clean Air Act requirements.

Under Jackson’s tenure, CAIR morphed into the Clean Air Transport Rule and CAMR was reshaped as the Utility Air Toxics Rule, McCarthy explained.

The transport rule is aimed at trimming emissions of ozone and fine particle — commonly known as smog and soot — at power plants in the nation’s capital and 31 states stretching from the East Coast to the country’s midsection. EPA estimates the proposed rule will lead the way in slicing sulfur dioxide emissions 71 percent and nitrogen oxide emissions 52 percent below 2005 levels by 2014.

On an annual basis, it also will prevent up to 36,000 premature deaths annually and avoid hundreds of thousands of illnesses, according to the agency.

States have to comply with the Utility Air Toxics Rule by 2015, McCarthy said, but many will be implementing it a year earlier. It is geared at reducing emissions of mercury — which can cause brain damage — by up to 90 percent. The new standards will also slice emissions of acid gases, as well as toxic and carcinogenic metals such as cadmium, nickel, chromium and nickel. On an annual basis, EPA expects the rule to prevent 17,000 premature deaths, 11,000 heart attacks, 12,000 emergency room visits and hospital admissions and 850,000 days of illness-related workdays missed.

Power plants are the country’s largest source of sulfur dioxide and mercury in addition to being the biggest stationary source of nitrogen oxide, McCarthy said. Her agency figures that the mix of smog, soot and other toxic pollutants contributes to one in 20 deaths occurring prematurely nationwide.

She praised some power plant operators for installing modern pollution controls but criticized others for lagging behind.

Sen. Frank Lautenberg (D-N.J.) heralded McCarthy for her agency’s exemplary ranking in an annual study released this week ranking the costs and benefits of government-wide federal regulations over the last decade.

The Office of Management and Budget reviewed 3,325 of the 38,000 final rules published in the Federal Register between fiscal years 2001 and 2010 to compile the ratings.

Researchers concluded that EPA’s high benefit ranking can be attributed to an agency rule designed to limit the public’s exposure to fine particulate matter. While the estimated cost of the Clean Air Fine Particle Implementation Rule rings in at $7.3 billion annually, benefits range from $19 billion to $167 billion annually.

While singling out EPA’s remarkable record, OMB also issued a caveat about uncertainty in the scientific modeling used to calculate the relationship between particulate matter and human health.

“We note that EPA has invested substantial resources to quantify and reduce some aspects of that uncertainty over the last few years,” researchers wrote. “Even so, significant uncertainty remains in this domain.”

While Democrats at Thursday’s hearing lauded EPA’s actions, Republicans criticized the two attempts to rein in power plant pollution as part of a regulatory train wreck that will boost electricity prices, compromise reliability and jeopardize jobs when unemployment stands at 9.1 percent.

For instance, GOP Sen. John Cornyn, who isn’t a subcommittee member, was granted permission to voice his concerns about the hardships coal plant owners in his home state of Texas would undergo by being included in the interstate pollution rule. He asked EPA officials to reconsider especially stringent standards he suspects the Lone Star State will be expected to meet.

“We are very confident that we have met our legal obligation and also met the spirit of the law,” McCarthy responded, adding that Texas should have a firm grasp of the rule because all the steps toward it were part of a public process.

Later in the hearing after McCarthy testified and left the room, Bryan Shaw, chairman of the Texas Commission on Environmental Quality, complained that EPA’s practice of proposing technically flawed and inaccurate rules combined with a lack of necessary action elsewhere leaves industry in a reactive mode.

“Businesses should be subject to reasonable and appropriately protective regulation,” Shaw said in prepared remarks. “For citizens to be protected from harmful pollution, both federal and state governments need to focus their resources on real risks, instead of creating false crises that frighten the public and misuse public resources.”

EPA estimates that utilities will have to invest about $3 billion per year on pollution controls to comply with the interstate pollution rule. Beginning in 2014, the rule could cause consumers to pay up to 2 percent more for their electricity, though that rate increase won’t be uniform nationwide. The rule is expected to retire close to 1.2 gigawatts of coal-fired power.

An EPA analysis anticipates that the air toxics rule could cost the industry about $11 billion annually. Electricity rates are estimated to rise as much as 3.7 percent in 2015 and 2.6 percent by 2020, though those numbers will vary by geographic region. As well, the rule will retire about 10 gigawatts of coal-fired power, McCarthy said.

Close to one-third, or 330 gigawatts, of the country’s total 1,030 gigawatts of generating capacity is coal fired, according to statistics compiled by the Analysis Group, a Boston-based economic consulting firm.

Raft of Utilities on Board

Executives from utilities such as Xcel Energy, Duke Energy, Wisconsin Energy, Edison International, PPL Generation, NRG and the Tennessee Valley Authority, which count on significant chunks of that coal-fired power, are among those who have recently stated that they are strategically positioned to comply with upcoming EPA regulations.

“We really see very little impact on customer electric rates or our capital plan between now and 2015 as a result of all the new EPA regulations that have been proposed,” Wisconsin Energy president Gale Klappa said in early May. “We might see (a) 1 percent to 2 percent increase. So that gives you an example of how well we are positioned from the environmental standpoint.”

In anticipation of the rules, and as part of a legal settlement, the TVA announced plans in April to shutter 18 older coal-fired units at three power plants with a combined 2,700-megawatt capacity. It’s part of the utility’s vision to lead the nation on the low-cost and cleaner-energy front by 2020, it said.

“A variety of electricity sources, rather than heavy reliance on any single source, reduces long-term risks and helps keep costs steady and predictable,” TVA president Tom Kilgore said about shedding some of the utility’s total 17,000 megawatts of coal-fired generating capacity.

“In the longer run, these actions reinforce our vision to keep bills low, keep our service reliability high and further improve air quality as we modernize the TVA power system.”

Power plant cleanup, McCarthy emphasized, has been a continuous policy of the federal government under two Democratic and two Republican presidents since 1989. That’s when President George H.W. Bush initiated a proposal that evolved into the Clean Air Act Amendments. 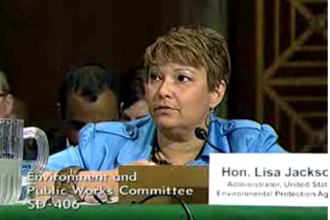 Clash Over Mercury Rule Heats Up 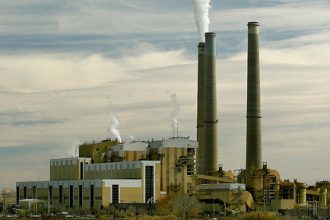 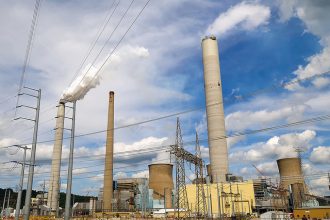