In recent years, U.S. Rep. Raul Grijalva has seen his district in southern Arizona ravaged by wildfires, heat and drought. Dozens lost their lives and thousands were forced to evacuate their homes. Agricultural production has slowed and water supplies are shrinking.

Which is why Grijalva, a six-term Democrat, set out to make climate change a top priority.

He helped create the Southwest Climate Science Center at the University of Arizona and is part of the Safe Climate Caucus, a group of House members committed to raising the profile of global warming. In May, he organized a letter to Pres. Obama signed by 30 members of Congress urging the president to reject the Keystone XL pipeline because of climate concerns.

“I’ve lived in my part of Arizona my whole life,” Grijalva, 65, said in an interview. “I’ve never seen conditions like the ones we’ve had the last few years. Watching my constituents deal with the effects of climate change—the droughts, the record temperatures, the fires—how could I not make it a priority?”

In the district next door to Grijalva’s, however, the message being conveyed is far different.

That area, represented by Paul Gosar, a Republican, is experiencing similar climate extremes. But Gosar rejects the scientific consensus that carbon dioxide from burning fossil fuel and other human activities are causing the earth to warm. And he sees no connection between climate change and the extreme weather raging in his home district—including the Yarnell wildfire, which claimed the lives of 19 firefighters in June—according to his spokesman, Orlando Watson. Gosar has voted against all climate-related legislation in the past few years.

The stark partisan divide over global warming isn’t unique to Arizona—it has become an entrenched part of Congressional politics. But the schism is becoming more visible as extreme weather events increase and claim more lives, and turn climate change into something tangible for communities.

Since 2011, there have been 368 national disaster declarations in the United States. Polls say a larger majority of Americans from both parties see the bursts of deadly weather as a sign of climate change.

But when faced with climate-related weather tragedies in their backyards, Congressional Republicans don’t seem inclined to budge from their stance that the science of climate change isn’t settled. Democratic leaders in the same situation, on the other hand, are often quick to assign blame to global warming and move climate action to the top of their political agendas.

“Democrats and Republicans are reacting very differently to these tragic events,” said Barry Rabe, an expert on the politics of climate change at the University of Michigan and a fellow at the Brookings Institution. “It is another example of the increasing partisan polarization of the issue.”

The Difference of a Few Years

Congress wasn’t always so divided. In fact, Republicans once led the push for fossil fuel and carbon pollution regulations.

In 2003, Sen. John McCain of Arizona was a sponsor of the country’s first major cap-and-trade bill. During his presidential bid in 2008, he warned about global warming and backed legislation to curb climate-changing emissions. In 2005, as governor of Massachusetts, Mitt Romney helped spearhead the Regional Greenhouse Gas Initiative, the nation’s first carbon trading program. Tim Pawlenty, former governor of Minnesota and chair of the National Governor’s Association from 2007-2008, frequently urged Congress to act on climate change.

“Whatever political stripe you are, you’ll look back on these types of [climate] initiatives and say, ‘thank goodness we did that,'” Pawlenty told reporters in 2006.

According to Rabe, Republican politicians often justified the need for regulations to slow global warming by pointing to the environmental and economic dangers of doing nothing.

But in recent years McCain, Romney and Pawlenty have all turned skeptical. These days, most GOP members of Congress either outright reject climate science or stay silent on the issue—even after climate-related weather disasters strike their districts.

For instance, when Republican Rep. Michael Grimm was campaigning in 2010, he told a room full of voters that “the jury is obviously still out on [climate change]. We see nothing but conflicting reports from across the globe.” In October, Grimm’s Staten Island district was devastated by Hurricane Sandy, a storm that scientists agree was made worse by climate change. But he has stayed mum on the issue since Sandy hit. In the last Congress, Grimm voted against every climate-related bill on votes he was present for on the House floor.

Republican Scott Tipton of Western Colorado represents a region hard hit last year by wildfires, drought and high temperatures. He maintains that climate change is caused by natural variability, not human activities. “Here in the state of Colorado as our tree rings demonstrate, we’ve had droughts long before there were very many people here,” Tipton told the blog ThinkProgress last year.

Alaskan Rep. Don Young, one of the House’s most senior Republicans, has called global warming “the biggest scam since the Teapot Dome,” referring to one of the most notorious bribery scandals in U.S. history. Young’s state has warmed at twice the national average during the past 50 years. According to scientists, the permafrost underlying Alaska is melting and causing thousands of miles of road that lay on top of it to buckle and crack as it loses its form. Sections along the northwestern coast are eroding tens of feet per year, which has forced several coastal villages to be relocated. Melting glaciers are also causing dangerous flood surges toward major cities like Juneau, the New York Times reported this month.

Neither Grimm, Tipton nor Young responded to requests for comment.

Scientists say that climate change is a major factor in the rise of more frequent and severe extreme weather. The trend will continue, they say, until governments make drastic greenhouse gas reductions.

Currently, the United States is in the midst of its most extensive drought since the 1930s. Tens of thousands of wildfires have charred millions of acres of land in the American West, and more than 30,000 temperature records were broken last year alone.

According to a new report by Rep. Henry Waxman (D-Calif.), one of Congress’s staunchest proponents of climate policy, the 10 congressional districts that experienced the highest number of temperature records last year are represented by politicians who voted against climate-related policies 97 percent of the time during the last Congress.

For Democrats, extreme weather events in their districts have prompted calls to action.

Months after taking office in 2009, Alaskan Sen. Mark Begich, a Democrat, took a handful of senators on a tour of Alaska to show them the damage being caused by global warming.

“Alaska is ground zero for climate change,” Begich told InsideClimate News. “While some would rather debate the causes of climate change, I am focused on dealing with the very real impacts we see every day.”

In the wake of Hurricane Sandy, five senators from New Jersey, New York and Connecticut wrote a letter asking President Obama to make climate change a priority, saying the superstorm that hit the region last October “brought home the increasing costs of global warming for millions of Americans.”

Senate Majority Leader Harry Reid, a Democrat from Nevada, said last month that climate change is causing his state’s disastrous wildfire season. “The West is being devastated by wildfires. Millions of acres are burning. Millions of acres have burned,” he told reporters. “Why? Because the climate has changed. The winters are shorter; the summers are hotter; the moisture patterns have changed.”

During the August congressional recess, several Democratic politicians will try to build support for climate action by holding events in their districts to show people how their communities will be affected as the world warms.

The general public is already connecting the dots between weather extremes and global warming.

According to a 2013 poll by the Yale Project on Climate Change Communication, 69 percent of Americans believe that climate change is affecting U.S. weather. As many as 72 percent believe global warming is making extreme weather events even worse.

Anthony Leiserowitz, director of the Yale Project on Climate Change Communication, said Americans’ views on global warming are shifting because they’ve witnessed one extreme weather event after another. He called the disasters “teachable moments,” occasions when the consequences of climate change and the need to address it become tangible for people.

The fact that the Republican party line is not shifting is not surprising to many observers.

During the 2010 Congressional midterm elections, conservative Republicans were swept into power, including many who distrust climate science. The election came on the heels of failed federal climate legislation and saw unprecedented spending from fossil fuel interests seeking to stymie any new climate policy and government regulation. Conservative groups like Americans for Prosperity, which is funded by the billionaire Koch brothers, have spent hundreds of millions of dollars in recent years to turn support of climate action into a liability for Republicans.

The silence and skepticism “is all about money and about the fear of losing their job,” said Shawn Lawrence Otto, co-founder and CEO of ScienceDebate, an initiative to inject science issues into elections. As evidence, Otto pointed to the eight Republican congressmen who voted for the climate bill in 2009, and who were subsequently targeted by Tea Party groups during re-election campaigns.

Rabe, the climate politics expert, agreed that donations from vested interests like energy companies are likely a major factor for the GOP’s silence on climate change. But at some point, he said, opinions are going to have to change.

“You have to wonder what the tipping point will be,” said Rabe. “If everything that’s happened so far hasn’t influenced them, what will?”

Patrick Michaels, a climatologist and director of the Center for the Study of Science at the Cato Institute, a Washington, D.C.-based libertarian think tank, believes the Republican view of global warming policy is in line with public opinion. And he doesn’t see the party changing course.

“Climate change is a political third rail,” Michaels said. “Cap and trade cost Democrats the House. And I don’t think the issue resonates very well among the general public.”

However, former Rep. Bob Inglis, a South Carolina Republican who lost his re-election bid after saying publicly that he believed in global warming, already sees signs of change. Even if his former colleagues in Congress aren’t publicly changing their tune on climate change, they are likely thinking about it privately, he said. He’s heard a slight change in rhetoric, a softening almost, during private conversations with people whose districts have been hit hard by global warming.

“Experience is an effective, but often harsh teacher,” said Inglis, who is now the executive director of the Energy and Enterprise Initiative at George Mason University, a group pushing for a federal carbon tax. “I think for politicians in places greatly impacted, it can be harder to be so militantly dismissive of climate change. There is a sense that something is up, that something isn’t right.” 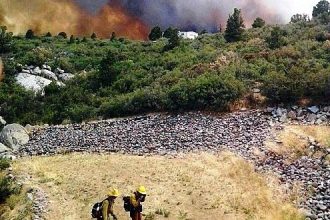 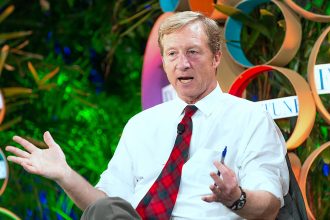