Editor’s Note: Sophie Ruehr is a freelance writer who has worked on hurricane data projects with scientists as a student and recent graduate.

When a hurricane strikes the coast, it leaves behind a lasting imprint on the landscape. It might seem small, a layer of sand at the bottom of a lake or pond, but it’s a record that’s helping scientists document thousands of years of hurricane history in areas around the world.

With that record, scientists are able to analyze how hurricane behavior over time has lined up with ocean temperature changes, providing new clues to how climate change may influence extreme storms in the future.

Over the past year and as a student fellow in 2017, I have been working with Woods Hole Oceanographic Institution scientist Jeffrey Donnelly, who uses sediment cores—tubes of sand and mud layers that are extracted from coastal lake beds—to track ancient cyclones in the Atlantic and, recently, in the islands of the South Pacific. These long records, called paleoclimate reconstructions, can help verify computer modeling studies and provide insight into the future of hurricanes.

They show that intense hurricanes struck Cape Cod more frequently than usual from 1400 to 1675, when the western North Atlantic was relatively warm. The traces left by those ancient hurricanes also suggest the storms were more intense than those of the 20th Century.

While the cores from a single site like Salt Pond show only the local impact and often record only the more intense storms, scientists can compare them with a growing number of similar sediment cores from elsewhere along the coasts, as well as with other natural and written records of storms, to develop chronologies of hurricane activity.

In cores from Puerto Rico, Donnelly, in a study with Pennsylvania State University climate scientist Michael Mann and colleagues, found a peak in Atlantic hurricane activity around the year 1000, which may have been the result of La Nina-like conditions and unusually warm waters in the tropical North Atlantic. In a similar study of sediment cores from Naples, Florida, Christian Ercolani and Joanne Muller of Florida Gulf Coast University also found evidence over the past 1000 years of increased hurricane activity when sea surface temperatures were warmer in the tropics’ main development region for hurricanes.

Hurricanes derive their energy from high sea surface temperatures, so it follows that ocean warming caused by human activities may generate more intense hurricanes. The latest National Climate Assessment projects that hurricane intensity and rainfall will increase in a warmer world. But how hurricane frequency will be affected has been less clear. This research is providing some clues.

Hurricanes are fairly uncommon events. Only a handful of hurricanes develop each season in the North Atlantic, and, in a particular location, a hurricane may not strike for decades. While hurricanes have been reported by ships and coastal communities for centuries, comprehensive global monitoring of hurricanes only really began with the advent of satellites in the 1970s.

“One of the problems we have with hurricanes and climate change is a limited record going back in time,” said NOAA hurricane researcher Thomas Knutson. “There are a lot of still-open questions.”

Knutson uses computer models to research long-term changes in hurricane behavior, on the scale of decades or centuries. When evidence from paleoclimate studies confirms model results, the models become more convincing. If a model can accurately predict past hurricanes, it should be able to predict future ones, Knutson said.

Modeling studies have suggested that hurricane activity will not necessarily increase uniformly in every region with global warming.

“There are some hot spots, but not everywhere will get more hurricanes,” Donnelly said. “It may be that there are winners and losers. This paleo perspective might provide some clues to that.”

Donnelly and his team collect sediment cores from coastal sites, such as ponds or lakes, that are isolated from the ocean by a barrier beach.

Typically, “only very fine sediment is deposited in these basins. But when an intense event occurs, it washes much heavier material into the basin. It leaves a very distinct layer behind, which can be a proxy for past hurricanes,” Donnelly said.

In these settings, sediment tends to accumulate in layers. Depth, therefore, is correlated with age; the farther down you go, the further back in time. Scientists use carbon dating of organic matter found in the cores and other evidence to determine the timeline for the sandy layers.

I have been working with Donnelly to also expand that research into the South Pacific, where I have been gathering information from residents of Vanuatu about past hurricanes. That information can help verify any hurricane evidence that scientists may find in sediment cores recently collected there.

In places like Vanuatu and along the U.S. coast and in the Caribbean, having a clearer understanding of when and how ancient hurricanes struck in the past could help coastal communities better prepare for the future. 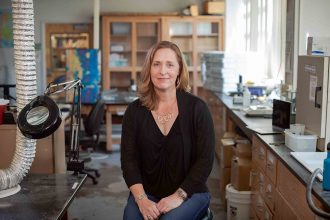 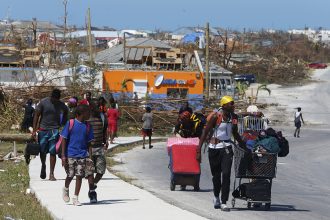 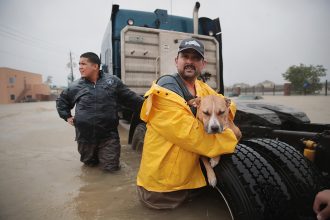