“This is the start of a new era in American energy production and job creation. We will eliminate federal overreach, restore economic freedom and allow workers and companies to play on a level playing field for the first time in a long time, a long time. We’re going to have clean coal, really clean coal.”
—Donald Trump, March 2017

When U.S. government scientists released their latest volume of the National Climate Assessment, it revealed much about the robust, sobering scientific consensus on climate change. It also revealed the striking disconnect between President Donald Trump and essentially every authoritative institution on the threat of global warming. The president rejected the assessment’s central findings—based on thousands of climate studies and involving 13 federal agencies—that emissions of carbon dioxide are caused by human activities, are already causing lasting economic damage, and have to be brought rapidly to zero.

“I don’t believe it. No, no, I don’t believe it,” Trump said. Immediately, his cabinet members launched attacks on the report, portraying it as “alarmist” and clinging to Trump’s agenda of fossil fuel energy expansion that the science says is at the root of the problem.

When Trump delivered his first major energy speech in the fracking fields of North Dakota as a candidate in May 2016, he called for American domination of global energy supplies. To make that happen, he wanted an end to all of President Barack Obama’s executive actions involving greenhouse gas emissions.

“We are going to turn everything around,” Trump declared. “And quickly, very quickly.”

As president, he has rolled back regulations on energy suppliers at a rapid clip slowed only at times by the courts, while auctioning off millions of acres of new drilling leases on public land. Last year, domestic oil production hit a record high. The result of this, among other things, was the reversal of three consecutive years of declining U.S. carbon emissions.

Trump began the process of withdrawing the U.S. from the Paris climate treaty, the agreement signed by nearly all nations to reduce fossil fuel emissions. He replaced Obama’s Clean Power Plan, intended to sharply reduce emissions from U.S. power plants. He took the first step to weaken fuel economy standards for cars, the single most important effort for reining in the largest driver of U.S. emissions.

His administration has undone or delayed—or tried to—most regulatory and executive actions related to climate change, while proposing new ones to accelerate fossil fuel development. Columbia University’s Sabin Center for Climate Change Law counts 131 actions toward federal climate deregulation since Trump took office. In the absence of any comprehensive national climate law, those moves have led to an erosion of the federal government’s main regulatory levers for cutting global warming emissions.

Several of those actions, including rollbacks of significant rules on methane, cross-state air pollution regulations and energy efficiency, have been blocked or delayed by judges who have questioned the administration’s broad view of its legal authority. Some of those setbacks may be temporary, though, and the courts have yet to rule on the most consequential deregulatory actions. According to the administration’s agenda for 2020, the president will try to fast-track as many more as possible before the end of his first term.

In the Trump administration’s early days, climate policy optimists gamely sifted through the president’s statements, his administration’s actions, and other nations’ reactions for grains of hope. Perhaps Trump would be persuaded to maintain the United States’ seat at the table in international climate negotiations. Perhaps the efforts of his early, scandal-plagued cabinet members to erase climate regulation would fail. Or perhaps other nations would step up to fill the climate leadership void created by Trump, and the world would forge ahead with the action needed to address the climate crisis, leaving the United States behind.

All such hopes have been in vain. Although Trump occasionally feigns concern about climate—”I think about it all the time,” he once said—his policy has been an unmitigated and relentless drive toward fossil energy development. The missteps of his former EPA administrator, Scott Pruitt, and others in the first round of appointees, have been erased by seasoned Washington bureaucrats and lobbyists who now are at the helm of the environmental agencies. And instead of racing to grasp the leadership baton dropped by Trump, China, the European Union and other large carbon polluters are falling behind both in their own ambition and in support for the nations most vulnerable to climate change.

Trump’s intentions, and his administration’s deleterious impact on global climate progress, will be evident to voters in 2020 in a way that many failed to grasp four years earlier. The only question is whether those who care about the planet’s future can unite as a political force in a way that eluded them in 2016. 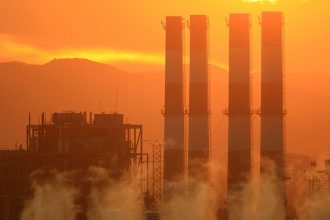 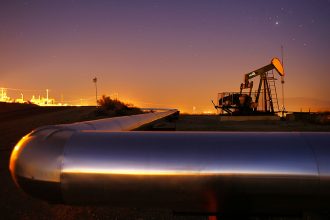 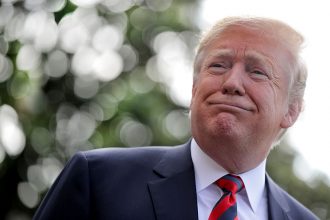