The nomination of Marie Therese Dominguez, President Obama’s pick to lead the federal agency that oversees pipelines, was greeted with surprise and uncertainty by pipeline safety experts.

Carl Weimer, executive director of the watchdog group Pipeline Safety Trust, said he hadn’t heard of Dominguez before the nomination, and knew nothing about her track record in the pipeline sector. Weimer said he would reserve judgement until after her confirmation, and said he hoped she would speed the passage of several pipeline safety rules currently lingering in regulatory limbo.

Richard Kuprewicz, a pipeline safety expert with 40 years’ experience, also called Dominguez an “unknown.” Kuprewicz is the president of Accufacts, a consulting firm based in Redmond, Washington.

“No matter what she does, she’ll be criticized from either side,” he said. “That’s just the nature of the beast.”

Dominguez has more than 15 years’ experience working in the federal government. She is currently principal deputy assistant secretary at the Army Corps of Engineers and previously worked for the U.S. Postal Service, the Federal Aviation Administration, the Clinton White House and the National Transportation Safety Board.

The Pipeline and Hazardous Materials Safety Administration (PHMSA) has been without a permanent head since October, when former administrator Cynthia Quarterman stepped down. Quarterman, who ran the agency for five years, faced heavy criticism for her ties to industry as a former lawyer for pipeline companies, including major operator Enbridge Inc. If confirmed, Dominguez would replace Timothy P. Butters, a past Virginia fire chief who has been acting PHMSA administrator.

A graduate of Smith College and Villanova Law School, Dominguez is an eighth-generation New Mexican and the first member of her family to earn a law degree, according to an essay she wrote in 2008 on Women Worth Watching, a website that features leading women executives. At the time, Dominguez was vice president of government relations and public policy for the U.S. Postal Service.

In her essay, Dominguez said she’d decorated her conference rooms with images of stamps featuring superheroes from comics. “These seemingly-ordinary, but really larger-than-life characters are the best illustration of my personal and professional philosophy,” she wrote. “Each individual has special qualities that contribute to his or her success; but lasting success is achieved through cooperative efforts.”

As administrator of PHMSA, Dominguez would lead an underfunded, understaffed and beleaguered agency that oversees pipeline safety and related high-profile issues such as rail safety for crude oil trains. Among other challenges the agency faces, more than half of the nation’s 484,000 miles of pipelines carrying natural gas and hazardous liquids such as oil and gasoline are pre-1970 pipelines. Regulators consider all pipe made before regulations took effect in 1970 to be inferior and more prone to problems if not properly managed.

PHMSA’s top pipeline safety official has said that his agency has “very few tools to work with” in enforcing safety rules, and that the regulatory process he oversees is “kind of dying.“

In a statement, Secretary of Transportation Anthony Foxx voiced his endorsement of Dominguez and cited her “extensive management, regulatory and safety experience” at the Federal Aviation Administration.

Several Democratic lawmakers added their support, including Michigan senators Debbie Stabenow and Gary Peters, whose state suffered a catastrophic Enbridge pipeline oil spill in 2010 that coated the Kalamazoo River and surrounding wetlands with more than a million gallons of heavy tar sands oil. Another supporter is Sen. Mark Warner of Virginia, who helped draft legislation to tighten oil train regulations. (Dominguez worked for then-governor Warner from 2006-2007 at the Forward Together PAC).

Weimer said he was encouraged by Dominguez’s management experience at various agencies, but was “somewhat concerned” about her general lack of pipeline experience.

According to a biography from the White House, Dominguez last worked on pipeline safety issues in 1996-1997, as a special assistant to a member of the National Transportation Safety Board.

Kuprewicz said Dominguez’s lack of pipeline expertise isn’t necessarily a problem. “Her management skills and the ability to prioritize” are more important, he said.

Due to a recent budget increase, PHMSA will be able to hire 100 new employees to beef up its resources. Kuprewicz said it would be a challenge to hire and retain highly qualified staff.

“No one expects perfection, but [we] ought to expect some kind of efficiency,” he said.

High on Kuprewicz’s priority list—and Weimer’s—is a series of pending PHMSA regulations for gas and hazardous liquid pipelines that have been in the works for years. The oldest of these was first proposed in October 2010, months after the Michigan oil spill.

These are major proposals on pipeline safety, and they “seem to have fallen into a black hole between PHMSA and the White House,” Weimer said.

The proposed rule that stemmed from the Michigan spill could require automated shut-off valves, better leak detection systems and strong requirements for integrity management, which govern how companies should evaluate, repair and keep their pipelines in safe working order, Weimer said.

These improvements could have prevented or mitigated the Santa Barbara spill, he said, but the proposed rule hasn’t been made public, and it’s unclear why it’s being held up. The other pending rules cover issues such as gas transmission lines and excavation damage.

As of June 1, three of the rules, including the one created in 2010, were under review at the White House’s Office of Management and Budget, another on miscellaneous issues such as ethanol transportation had been finalized, and the rest were being analyzed at the Department of Transportation.

Weimer said the delay is also a concern for pipeline operators, who want regulatory certainty.

John Stoody, a spokesman for the Association of Oil Pipelines, a trade group, said his organization and the American Petroleum Institute met with OMB to discuss the hazardous liquid rule. “While we don’t expect to agree with everything in it, we did urge OMB to approve its proposal and allow it to proceed through the notice and comment rulemaking process,” Stoody said in an email.

He said his organization is looking forward to “learning more about Dominguez and hearing her priorities for pipeline safety.” 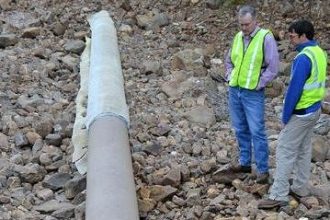 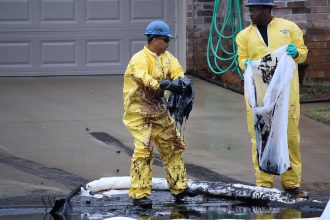 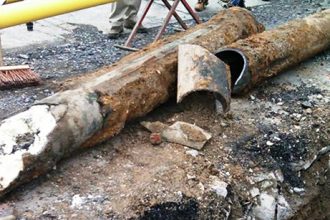