It’s been two years since a broken 1940s ExxonMobil pipeline flooded an Arkansas neighborhood with Canada’s heaviest oil, and the ripple effects of the spill have made it to Washington D.C., where regulators are poised to end decades of complacency by addressing the dangers of older pipelines across the country.

For the first time, the Pipeline and Hazardous Materials Safety Administration (PHMSA) is floating what could become a new regulation to address problematic vintage pipe and other obvious risks that were factors in the rupture of ExxonMobil’s Pegasus pipeline in Mayflower, Ark.

“The Pegasus spill seemed to be a tipping point,” said Carl Weimer, executive director of the Pipeline Safety Trust, a nonprofit watchdog group. “PHMSA is now telling pipeline companies, ‘here’s what you should think about if you have older pipelines, and when you should replace them,’—and you never would have heard that coming out of their mouths before Mayflower.”

The effort by PHMSA is in the early stages, and there’s no guarantee that it will result in new mandatory measures for pipeline owners. But if the rule takes effect, about 95 percent of all hazardous liquid pipelines would be subject to stricter safety verification because of their age, location or other factors, according to PHMSA. Separately, new guidelines just for pre-1970 pipelines could affect more than half of the nation’s 484,000 miles of pipelines carrying natural gas and hazardous liquids such as oil and gasoline.

The ExxonMobil line was made from pipe that was manufactured nearly 70 years ago and widely known to be prone to dangerous cracking along its lengthwise seams. The line had split open or leaked nearly a dozen times during the oil company’s own testing a few years before the spill. Despite those factors, ExxonMobil gave little weight to the threat of cracks or seam failure in its testing, spill prevention and maintenance plans for the Pegasus, according to PHMSA.

A metallurgical report said that the flaws inherent in the Pegasus pipe set the stage for tiny cracks to grow until the pipe split open along the seams. In an unusually strident rebuke, PHMSA accused the company of delaying a crucial inspection, masking pipeline threats with skewed risk data, and putting off urgent repairs.

A company spokesman didn’t provide requested information for this story, and has repeatedly declined to discuss the case. In regulatory filings, ExxonMobil has said it acted properly and that its risk assessments took into account crack threats on the pipeline.

By the time the Pegasus burst open in Mayflower on March 29, 2013, public criticism of the pipeline industry and federal regulators had already grown loud because of a 2010 spill in Michigan and the 2010 natural gas pipeline explosion that killed eight people and leveled a neighborhood in San Bruno, Calif. The high-profile Pegasus case underscored how pipeline companies have at times misjudged, downplayed, ignored or never checked for obvious safety threats.

After the Mayflower disaster, ExxonMobil and other pipeline companies knew they needed to act. Last year, they persuaded the American Petroleum Institute to devise industry standards for addressing a range of crack threats, and the initial version of it is being reviewed by the industry, according to a pipeline failure expert who did not want to be identified because it could jeopardize ongoing work for companies in the industry.

“It’s still a work in progress, but there’s not a lot of forgiveness in it,” the failure expert said of the industry’s draft standard. “If it’s followed and used, I think it could do the industry quite a bit of good.”

The API standard, however, would be voluntary. What’s more, the industry effort wouldn’t soothe a distrustful public or address the limitations of a largely self-policing regulatory approach.

PHMSA’s rules require testing at least every five years, but they don’t include specifics on what pipeline operators should do to keep their lines from leaking or breaking open. Decades of research has laid out ways to manage vulnerabilities of older pipe that’s susceptible to cracks, but existing regulations leave it up to the companies to decide how to find and address them.

“The pipeline integrity management requirements, as well as the specific safety requirements, need to keep up with current findings,” about the risks of older pipe, said John Tynan, spokesman for Central Arkansas Water, which has threatened to sue ExxonMobil over the threat  the Pegasus poses to the drinking water for 400,000 people.

When the Pegasus pipeline broke open, 210,000 gallons of Canadian diluted bitumen (dilbit) flowed into a cul-de-sac and beyond, uprooting 22 families, ruining homes, sickening residents and nearly contaminating a lake vital to the community.

Seven years earlier, Exxon had restarted the long-idled pipeline segment that broke, reversed its flow and boosted its capacity by 50 percent. Then it reconfigured the entire line to carry more than 90,000 barrels per day of dilbit from Patoka, Ill. to refiners along the Texas Gulf coast, an 858-mile journey.

The spill occurred on the northern leg of the Pegasus, which runs 650 miles through four states. That part of the pipeline remains shut down—making it one of the nation’s longest post-spill closures of an oil pipeline.

Most of the northern part of the Pegasus was manufactured with low-frequency electric resistance welds (LF-ERW), a process that can leave dangerous defects or hook-shaped cracks near the pipe’s lengthwise seams. Regulators consider all pipe made before regulations took effect in 1970 to be inferior and more prone to problems if not properly managed. But the industry long ago singled out pre-1970 LF-ERW pipe as being the most vulnerable of all to cracking and seam failure.

The Pegasus also had another problem. The LF-ERW pipe was made in 1947 and 1948 by Youngstown Sheet & Tube Co., whose pipe from those years sometimes creates brittle areas in the steel.

Tests following the Mayflower spill determined that the brittle steel and the manufacturing flaws set the stage for the rupture. But ExxonMobil has not said what caused one or more previously dormant defects to reawaken grow into a 22-foot-long gash along the pipe’s lengthwise seam.

PHMSA fined ExxonMobil $2.66 million for a series of regulatory violations related to the spill. The oil company challenged PHMSA’s conclusions and appealed the decision.

What happens with the case against ExxonMobil will be a big part of the spill’s legacy. But PHMSA’s push for safety verification and tighter regulations on natural gas, oil and other pipelines—especially those installed before 1970—could leave a more lasting and meaningful mark.

The regulatory offensive started last September when regulators issued a first-of-its-kind advisory that warned the pipeline industry that reversing the flow of oil and natural gas pipelines or changing the product they’re carrying can have “a significant impact” on the line’s safety—and that it “may not be advisable” in some cases.

The alert was the agency’s first official comment on the safety implications of the recent rush by pipeline operators to restart, reverse and rework pipelines to handle Canadian tar sands oil and the surge in U.S. oil and natural gas supplies. Such changes are not subject to government review, but PHMSA’s advisory makes it clear that companies should be conducting rigorous tests and taking other precautions in those cases.

The current rules, collectively known the Integrity Management Program, “basically say companies need to assess their pipelines, know what’s in the ground and then figure out what the risks are and mitigate the risks,” said Weimer.

They apply only to pipelines in populated areas and other “high consequence” places, such as near drinking water sources, commercial waterways or unusually sensitive environments.

If the new rules become final, they would require companies to prove that they know what kinds of pipe they have, that the lines have been pressure-tested, and that they don’t contain repairs made using substandard techniques.

API and the Association of Oil Pipe Lines called the proposed rules “onerous,” and questioned whether the sweeping new proposal is “technically feasible, reasonable, cost-effective and practicable.”

Before PHMSA puts its new plan on the formal path toward new regulation,  the agency will hold public meetings and workshops to gather comments and recommendations on the issues. The process could be a long one. Some PHMSA regulations have been awaiting clearance for several years from the White House’s Office of Management and Budget, which reviews PHMSA rules to make sure they’re not too costly.

To fill the gap while the new rules get vetted by the public and attacked by the pipeline industry, regulators last week unveiled new “guidance” meant to improve the safety of all pre-1970 pipe—especially those made from LF-ERW pipe, the kind that ruptured on the Pegasus.

The guidance includes a step-by-step process to walk companies through how they should be categorizing and evaluating the risks posed by older pipelines. The PHMSA initiative targets the pre-1970 pipelines because most of them were made from steel tubes formed using substandard or problematic fusing techniques.

The pipeline assessment procedures were presented as detailed guidelines and not proposed regulations, so operators aren’t obligated to adopt them. Weimer hopes to change that.  “The first thing we’re going to tell PHMSA is, ‘those are good things you put out as guidelines, why don’t you make them part of the regulations?'” he said.

Left unfixed amid all the post-Pegasus regulatory reform is the lack of guidance on what to do about the health effects of oil spills. There are no federal guidelines for what constitutes unhealthy chemical exposure, or how to protect the public in the wake of a spill.

In some cases, citizens affected by spills have taken it upon themselves to track the airborne levels of benzene, a carcinogen that is toxic at very low doses. Benzene is one of the chemicals that gets released into the air in an oil spill.  Getting monitors in place quickly is a challenge, and oil contains hundreds of other chemicals that have not been tracked or studied to determine their effects on human health.

In Mayflower, residents who suffered from headaches, nausea and vomiting from the chemical fumes faced conflicting information about short-term exposure, and doctors reluctant to draw a link between their symptoms and the oil spill.

Officials evacuated the neighborhood where the Pegasus oil flowed, but not residents of adjacent neighborhoods whose homes were also inundated with fumes. Ultimately, ExxonMobil bought 22 homes in the affected subdivision. At least one lawsuit over the leak’s health effects is still pending.

“Every time there’s an oil spill, there are these health effects involving benzene levels,” Weimer said. “We keep hearing stories over and over again, that they evacuate people with oil in their yards, but people two blocks away get told to stay in their homes as they get sicker and sicker.”

The issue “just hasn’t been addressed,” said Weimer. “Everybody seems to wash their hands of it—it’s not their problem.” 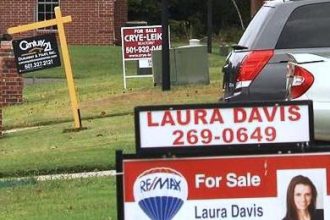