WASHINGTON—Memo to the planet from the International Energy Agency: Buckle down and speed up the nascent low-carbon revolution.

Top thinkers from the energy watchdog presented an ambitious 40-year pathway to halve the world’s carbon emissions during a Thursday rollout at the National Press Club.

Indeed, weaning the globe of its fossil fuel dependency will require ingenuity, cooperation and tens of trillions of dollars. But IEA maintains that bumping up investments in renewables, nuclear power and a smart electric grid, and perfecting technologies such as carbon sequestration are the most reasonable and reachable course available to keep Earth’s temperature stable and arrest the severe impacts climate scientists agree are imminent—and already occurring.

“We are not predicting the future” with this report, IEA executive director Nobuo Tanaka said, adding that his agency’s research instead lays out the consequences of inaction. “Reducing carbon dioxide emissions will require a global effort. While (developed) countries should take the lead, all major economies need to be involved.”

The IEA offers its way forward for the power, transportation, industry and building sectors in a weighty 706-page tome titled “Energy Technology Perspectives 2010: Scenarios and Strategies to 2050.”

Based in Paris, the 28-country IEA was founded in 1974 with a two-fold mission of promoting energy security and recommending sound energy policy.

“For several years, the IEA has been calling for an energy revolution to tackle climate change and enhance energy security and economic development,” Tanaka said. “For the first time we see clear and early signs that this revolution has started.”

The priority now, he continued, is to “nurture these long-awaited green shoots” so they can grow taller and stronger at a faster pace. Four revolutionary indicators he pointed to include:

“Now the note of caution,” Tanaka said after outlining the positive trends. “These developments are still fragmented and fragile. We need to drastically accelerate this revolution.”

What It Takes to Cut Emissions By Half

IEA’s ideal scenario shows energy-related carbon emissions can be sliced in half by 2050, using levels measured in 2005 as the baseline. That requires reducing coal, oil and natural gas dependency from 81 percent today to 46 percent during the next four decades.

To get there, IEA is recommending a significant turnaround that includes transforming energy efficiency into the most important “fuel” of the future and decarbonizing the electricity sector.

Achieving the latter goal means nuclear power and renewables would have to shoulder half of the electricity generation by 2050, a significant jump from the 18 percent those sources offer today. In addition, the plan counts on the rather rapid maturation of a technology still in the test phases—carbon capture and sequestration.

The catch is that IEA’s proposal calls for constructing 30 new nuclear plants and outfitting 35 coal-fired plants with the technology to capture carbon emissions and bury them underground every year through 2050.

Reaching IEA’s goal would require developed countries to reduce their emissions 70 percent to 80 percent from today’s levels and developing countries to aim for a 30 percent drop.

Peter Taylor, head of the IEA Energy Technology Policy Division, emphasized that industrialized countries must be leaders for the plan to gain a foothold.


Is a Price on Carbon Necessary?

In the IEA’s eyes, putting a price on carbon is a necessary and laudable goal that governments should pursue. But as a solo act, that pricing doesn’t have enough oomph to muscle the market into sustaining the tremendous turnaround in clean energy IEA is promoting.

Already, IEA member countries and other major economies have committed to doubling public-sector investments in low-carbon research projects by 2015, the report states.

“These are formidable challenges, Taylor said, adding that carbon emissions must peak in 2020 and then taper off for IEA’s ideal scenario to have a prayer of succeeding. “This has to be a truly global effort. Government, industry and consumers have to cooperate.”

Divvying Up the Dollars

Granted, any plan that calls for investing $46 trillion in low-carbon technologies between now and 2050 is too overwhelming to try to comprehend, even to the mathematically inclined. It sounds like just so much Monopoly money because any number with 12 trailing zeros isn’t fathomable to most people.

But to put the figure into perspective, IEA pointed out that the $46 trillion investment over 40 years is only 17 percent higher than what would be spent in the baseline scenario that assumes no changes from today’s energy status quo.

Tanaka and Taylor agreed that spending $46 trillion is a bargain for the economic and environmental returns. The IEA report also offers long lists of financial considerations. For instance:

No doubt, IEA researchers put hundreds if not thousands of hours into compiling their detailed scenarios. However, the organization has its limits because its advisory role prevents it from wielding any sort of enforcement hammer. Even with environmental and economic disasters unfolding, forcing countries to look out for anything but their own interests can be a cat-herding exercise.

IEA deputy executive director Richard Jones told Solve Climate in a post-presentation interview that the climate meetings in Copenhagen and other similar gatherings indicate that nations seem frustrated with solutions that require negotiations.

“Our plan is consistent with what those types of negotiations were seeking but they don’t need those negotiations to get there,” he said.

He pointed to Brazil, China, and India as examples of countries that are becoming major clean-energy technology developers, manufacturers and exporters because in spite of their aversion to binding agreements, they are inspired to lower their pollution levels.

“They are seeing opportunities,” Jones said. “Even without a price on carbon, these technologies are emerging.” 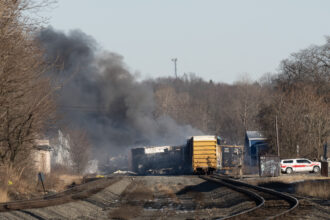