An outbreak of fish-killing disease along a 100-mile stretch of the Yellowstone River in Montana may be the latest sign that mountain stream ecosystems are being disrupted by climate change. Scientists point to warmer, slower rivers as a likely cause of the mass fish mortality.

Since Aug. 12, the Montana Department of Fish, Wildlife and Parks has counted 4,000 dead mountain whitefish, along with smaller numbers of rainbow trout, Yellowstone cutthroat, longnose suckers, sculpin and longnose dace. The agency estimate that tens of thousands of fish may be dead and they closed the segment to recreation to reduce impacts to fish. This is happening along a river that’s an economic mainstay for nearby communities and thought of as a relatively healthy, undammed river.

The culprit is a microscopic, capsule-shaped parasite called Tetracapsuloides bryosalmonae. In slower, warmer water—both impacts of climate change—the parasites thrive, while the stressed fish grow weaker. More and more of the spores invade the fish through their gills, eventually overwhelming their hosts.

The disease, Proliferative Kidney Disease (PKD), has been killing farmed trout for decades. In the last 20 years, it has taken an increasing toll on wild trout populations in Austria, Germany and Switzerland. It has also killed salmon in Norway and Arctic char in Iceland, where studies on the outbreaks suggest links with warmer water temperatures.

There are fewer long-term records about outbreaks in North America, leaving a gap in the science. But there have been incidents in two isolated locations in central Montana. Recent small outbreaks have also occurred in Washington, Oregon and Idaho, according to Montana park officials.

The magnitude of this kill, they say, is unprecedented for the region, “unlike anything our fish health specialists have seen,” the agency posted in a web bulletin that linked the outbreak with low stream flows and with warm water. They recorded temperatures along one section of the relatively free-flowing river as 15 degrees above what’s ideal for trout and whitefish.

Now, the agency is in emergency response mode, said Sam Sheppard, MFP&W’s regional director for the stricken area. He spoke by phone in the middle of a day spent pulling dead fish out of the river and setting up info meetings for anxious local communities.

The Yellowstone fish kill comes at the height of the fishing season. Local guides are taking a hit from the closure, and nobody is happy when there are thousands of dead fish floating in the river. The agency is focused on removing dead fish, trying to prevent the spread of the disease.

During a conference call Thursday, MFW&P officials said they were re-opening parts of the Yellowstone River where there have been no new reports of dead fish. Fish from several nearby rivers tested positive for the parasite.

A growing body of science suggests links between outbreaks of PKD with increased temperatures and lower flows, according to Daniel Isaak, an aquatic biologist with the U.S. Forest Service Rocky Mountain Research Station in Boise. In recent studies, Isaak and partner researchers have developed detailed maps and models of how cold-water fish habitat is likely to change in the West—and how proactive management can help. Healthy ecosystems are more resilient to climate change than those compromised by other factors like water diversions, runoff from burned areas or chemical pollution.

“Is the PKD outbreak caused by those warming rates?” Isaak wrote in an email. “There’s a good chance that it is.”

“Fish diseases are [as] strongly influenced by temperatures and by fish being crowded into smaller areas as they are by the long-term summer flow declines climate change is causing,” he added. “But it’s also like attributing individual hurricanes or tornadoes to climate change; one needs to look at a lot of such events to get an accurate view of whether the overall regime is changing. No one has done that yet for climate-mediated fish disease outbreaks.”

In general, stream temperatures across the region are expected to warm by 1 degrees Celsius by 2050 and 2 degrees Celsius by 2100. The big rivers, like the Yellowstone, are proving to be more sensitive and are changing faster than the smaller streams higher in the mountains, which for now are benefiting from cold groundwater.

“It’s just another indication of how these systems are changing,” said Clint Muhlfeld, a U.S. Geological Survey aquatic researcher at the Flathead Lake Biological Station in Montana. “What we’re finding is the mainstem rivers like the Yellowstone are warming faster and are already approaching thermal thresholds that might stress the fish, and in some cases cause direct mortality.”

It’s not the parasite that’s new to these waters, according to Árni Kristmundsson, head of the fish disease laboratory at the University of Iceland, it’s the warmth.

“For cold water fish species like mountain whitefish and Arctic charr, an increase of just few degrees can make all the difference,” he said. “In addition to fighting the parasite, they are also experiencing physiological stress…That will without doubt make them more susceptible to infections.”

A seminal paper on PKD from 2011 had warned that “environmental change is likely to cause PKD outbreaks in more northerly regions as warmer temperatures promote disease development, enhance bryozoan biomass and increase spore production.”

Last year, during an intense six-week summer drought in central Europe, PKD wiped out thousands of trout and other fish in the Kamp River, north of Vienna. Mansour El-Matbouli, head of the clinical unit for fish medicine at the Veterinary University in Vienna, is studying that outbreak. “We have to be prepared that something will happen to our fish as the climate warms,” he said.

In May, he published a study on the first known PKD outbreak in brown trout in Austria, in 2014. The paper links it with a “documented trend of rising temperatures in Austrian rivers over the last two decades.”

Temperatures are a factor in a complex equation, and the Yellowstone fish kill is a teachable moment, said Luciano Chiaramonte, a fisheries research biologist for Idaho Fish and Game. Tracking a similar parasitic disease for a research project in Oregon’s Klamath River system, Chiaramonte was able to show how, as temperatures warm over time, there are more completed parasite life cycles.

“But I don’t predict any doomsday scenario for whitefish on the Yellowstone,” he said. “They’ll bounce back from this. But it’s good to keep an eye on these types of things. This brings to peoples’ minds that if temperatures continue to warm, this may be a more common occurrence.”

“We can build resiliency in these systems. The fish can rebound if they have, cold, clean, connected and complex habitats, and now’s the time to do that work. Yellowstone is a stronghold, with genetically pure populations of cutthroat trout. They’ve survived even warmer temperatures than today’s over the last 14,000 years.” 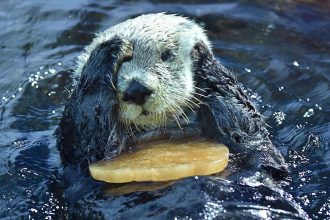 Save the Animals, Save the Planet? 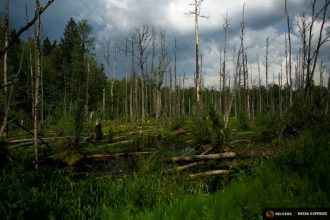 Coral With Leaves: Millions of Trees Joining the List of Climate Change Casualties