A court in South Africa on Thursday struck down a controversial permit for oil and gas exploration in the sea bed off of South Africa’s “Wild Coast,” siding with environmentalists and local fishing communities.

The permit, issued by South Africa’s Department of Mineral Resources and Energy, allowed the London-based oil giant Royal Dutch Shell to use seismic testing—with blaring sound waves—to map the ocean floor. The method is used to locate hydrocarbon deposits underneath the ocean floor, but scientists warn that the extreme noise endangers sound-sensitive wildlife such as whales, dolphins and sea turtles.

In October of last year, Shell announced it would begin seismic tests in an area along South Africa’s Wild Coast covering an area about the size of Delaware. The Wild Coast, on the east coast of South Africa, consists of a 250-kilometer strip between the Mtamvuna River in the north and the Great Kei River in the south. The rugged area is known for its Indigenous tribes as well as its marine and terrestrial wildlife, including endangered and threatened species. Shell, in partnership with London-based Impact Africa, planned to charter a seismic vessel trailing a “6-kilometer-long array of airguns” to shoot sound waves toward the seabed.

Environmental and human rights groups filed two lawsuits to invalidate the exploration project, alleging that Shell did not conduct a required environmental impact assessment, violated local communities’ right to be consulted and failed to consider the project’s climate change impacts and the interests of the “whole community,” which the plaintiffs said include non-human species and future generations.

Shell and Impact Africa claimed that environmental assessments weren’t a required prerequisite for seismic tests at the time the original exploratory permit was issued in 2014. The companies also said that Shell’s mitigation measures, such as placing seasonal restrictions on tests during whale migration periods, were adequate to prevent harm to wildlife. Between 2014 and permit renewal requests in 2017 and 2021, scientific knowledge about the harm of seismic testing on wildlife had advanced, opponents said, adding that the companies’ permit renewal requests should have included that updated scientific information.

On Thursday, the Makhanda High Court agreed to join the two lawsuits together and struck down the permit as invalid. In a 39-page opinion, Judge Selby Mfanelo Mbenenge wrote that Impact Africa’s consultation process, which consisted of placing advertisements in newspapers and speaking only with the monarchs and kings of communities, was flawed.

“[M]eaningful consultations consist not in the ticking of a checklist, but in engaging in a genuine, bona fide substantive two-way process aimed at achieving, as far as possible, consensus,” Mbenenge wrote.

The newspaper advertisements were not published in languages spoken by affected communities and were only accessible to literate persons with access to those newspapers, the court said. Shell’s consultation only with kings and monarchs was antithetical to those communities’ strict rules for reaching community consensus on contentious issues.

Mbenenge also faulted the oil companies for failing to take into account the affected communities’ ancestral beliefs and cultural practices towards the environment.

“The applicant communities contend that they bear duties and obligations relating to the sea and other common resources like our land and forests,” he wrote. “It is incumbent on them to protect the natural resources, including the ocean, for present and future generations; the ocean is the sacred site where their ancestors live and so have a duty to ensure that their ancestors are not unnecessarily disturbed and that they are content.”

In the lead up to Thursday’s decision, the communities, individuals and organizations opposed to the seismic tests provided the court with extensive evidence of the growing scientific understanding behind how those tests harm wildlife and aquatic ecosystems.

Among that evidence were studies and testimony demonstrating that seismic noise can travel thousands of kilometers, potentially triggering behavioral changes in whales, dolphins and other cetaceans. Other recent studies show that seismic testing can, among other things, affect mating, foraging and mother-calf communications in cetaceans; affect turtle hatchlings; and kill off zooplankton, a key element of the oceanic food chain. Shell and Impact Africa disputed some of that evidence.

Mbenenge wrote that even if there is a dispute over the state of the science, a precautionary approach should have been taken by the Department of Mineral Resources and Energy, which issued the exploration permit.

The court also found the Department of Mineral Resources and Energy’s decision making process was flawed because it failed to take into account the oil exploration project’s effect on climate change and local communities’ right to food. Had the agency done so, Mbenenge wrote, it may have found the project was “neither needed nor desirable.” Instead of taking an “integrated” approach to its decision making, as required by South African law, the agency “dealt with the application as an energy-sector specific issue.”

Going further, Mbenenge faulted the head of that agency for an apparent bias against environmental protection concerns, citing that minister’s statement referring to opposition to oil and gas development as “colonialism and aparthied of a special type.”

As part of its arguments in favor of the validity of the permitting process, Shell had asserted that oil and gas development would improve the socio-economic circumstances of the affected communities. But, Mbenenge criticized those representations, writing that those claims were not supported by evidence showing “how the seismic survey will improve the socio-economic circumstances in which most South Africans live.”

Environmentalists and human rights advocates see Thursday’s ruling as a “tipping point” regarding public opposition to further oil and gas exploration and the protection of human rights. The case attracted widespread public attention and triggered protests around the country out of concern for impacts on marine species, and because of strong public opposition to South Africa’s future investment in fossil fuel exploration. Protests began when the ship chartered by Shell for the seismic testing, named the Amazon Warrior, appeared in coastal waters last fall.

Cormac Cullinan, a lawyer representing Greenpeace in the litigation, said the case marks a break with the past where companies were able to simply “tick the boxes” on community consultations and environmental permitting. Now, he says, things that were once acceptable no longer are.

“That’s an important precedent for other cases,” Cullinan said. “Both for community consultations and for assessing climate implications with exploratory projects like this.”

Communities along the Wild Coast celebrated the Makhanda High Court’s ruling on Thursday.

“As Wild Coast people, we live off the land and the ocean. Government tells us that oil and gas will bring job opportunities but we know very well that this will destroy our livelihoods. The ocean is our best defender against climate change, shielding us from its worst impacts. By helping the ocean we help ourselves. Ocean action is climate action,” Siyabonga Ndovela, a Wild Coast resident, said in a press release issued by the non-governmental organization Natural Justice.

The communities along South Africa’s Wild Coast have been subject to historical civil and human rights violations dating back to colonization by the Dutch and English, who forcibly removed Indigenous tribes from forested areas to establish conservation areas. In later years, the South African government carried out discriminatory policies in the area, primarily affecting Black South Africans, which restricted the small-scale use of forest resources.

Neither Shell nor Impact Africa immediately replied to written requests for comment. The companies are expected to appeal the ruling.

Opposition to new fossil fuel development has contributed to an explosion in litigation over climate change—Columbia Law School’s Sabin Center for Climate Change Law has logged more than 2,500 cases worldwide. In May of last year, one of those cases involving Shell made headlines around the world when a Dutch court ordered the oil giant, which then had its headquarters in the Netherlands, to reduce its carbon emissions by at least 45 percent by 2030 relative to the company’s 2019 emission levels.

In South Africa, the litigation over oil exploration off the Wild Coast has added fuel to the debate over the paradoxical needs for both energy security and rapid decarbonization. Since 2008, the country has been unable to keep up with growing energy demand, resulting in periodic blackouts. Shell has touted its hydrocarbon exploration off of the Wild Coast as contributing to South Africa’s drive for energy security and development.

South Africa is the largest emitter of greenhouse gasses on the African continent and the 14th largest emitter worldwide, mainly because of its reliance on coal power. But, the nation of 60 million is only responsible for about 1.3 percent of historical emissions worldwide.

In 2019, the government announced a plan to transition to clean energy that relies on carbon capture and storage and aims to use gas as a “transition fuel.” At last year’s climate conference in Glasgow, the United States, United Kingdom, European Union and others committed $8.5 billion to help South Africa decarbonize. 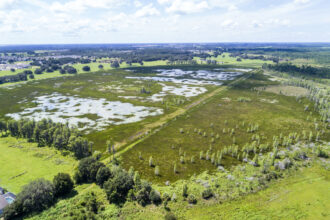 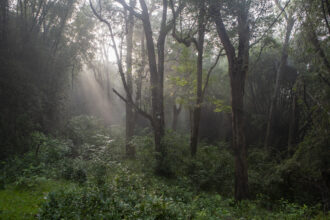