A Chinese industrial gas company recently took a noteworthy step toward reducing greenhouse gas emissions from chemical plants in China by capturing and reusing waste gas from the production of nylon.

Linggas, a company based in Beijing that sells industrial gasses used in electronics manufacturing, began capturing and purifying waste nitrous oxide gas at a rate of 6,000 tons per year from the Henan Shenma Nylon Chemical Company in central China on September 15, according to a Linggas company official.

Nitrous oxide, the “laughing gas” long used by dentists, is also a climate super-pollutant, nearly 300 times more potent as a greenhouse gas than carbon dioxide. Chemical plants that manufacture adipic acid, a key ingredient in the production of nylon and polyurethane, release vast quantities of nitrous oxide as an unwanted byproduct. The nylon and polyurethane the plants produce is used in everything from car parts to running shoes.

Adipic acid manufacturing in China, where eleven chemical plants—including Henan Shenma’s—now produce nearly half of the world’s supply, generates hundreds of thousands of tons of nitrous oxide per year, the vast majority of which is likely emitted into the atmosphere.

A recent InsideClimate News investigation found nitrous oxide emissions from adipic acid plants in China may equal the greenhouse gas emissions of approximately 25 million automobiles, more than all the cars in California, Beijing and Shanghai combined. That is equal to 1.7 billion tons of carbon dioxide emissions between now and 2035, a figure that nearly matches the additional emissions resulting from major climate policy rollbacks initiated under the Trump administration over the same time period, according to a recent analysis by the Rhodium Group.

Eliminating the emissions of 6,000 tons of nitrous oxide per year would have a greenhouse gas impact equal to taking nearly 400,000 vehicles off the road for the same time period, according to the U.S. EPA’s greenhouse gas equivalencies calculator.

“The recycling method will greatly reduce the cost of laughing gas, and it is safer and more environmentally friendly,”  said Geng Xue, a sales manager with Linggas.

As of September 2020, the two facilities should be able to capture and reuse as much as 9,000 tons of nitrous oxide per year. This is approximately seven percent of Shenma’s total emissions, based on the plant’s total production capacity.

A third nitrous oxide recycling operation at the Chongqing Huafon Chemical Company adipic acid plant in Chongqing, China, has the capacity to capture 20,000 tons of waste nitrous oxide per year. This is according to environmental impact assessments that Chongqing Tonghui Kefa Gas Co., the company that captures gas from the plant, posted on its website.

If operating at full capacity, the three industrial gas companies could recycle 29,000 tons of nitrous oxide, or the greenhouse gas equivalent of the emissions from 1.9 million automobiles.

It’s unclear, however, if the capture and reuse facilities are running at their full capacity or if there is market demand for all of the waste gas that they collect. Demand for nitrous oxide from China’s electronics industry, where the gas is used in flat panel LCD display manufacturing and other applications, is growing. However, as of 2017, the electronics industry market for nitrous oxide was only 10,000 tons per year, one third of current capture and reuse potential from the Shenma and Huafon plants, according to Gasworld, an industry trade journal.

Growing market demand from the electronics and photovoltaic solar panel industry will result in the need for 50,000 tons of purified nitrous oxide per year, Geng said. Yet even if growth were to rise to the level Geng projects, efforts to capture and purify nitrous oxide would still only eliminate a small fraction of the total N2O emissions from China’s adipic acid plants.

Low-cost chemical reactors that break nitrous oxide down into nitrogen and oxygen can eliminate 99 percent of an adipic acid plant’s emissions. The mitigation technology is already installed at at least two adipic acid plants in China, though it remains unclear if the reactors at those plants are currently being used.

Recent projections by the World Resources Institute estimate that the abatement technology could help China bring nitrous oxide emissions from adipic acid plants to near zero by 2030.

The nation does not currently regulate nitrous oxide emissions from chemical plants but may consider regulating those and other non-CO2 greenhouse gasses under the country’s 14th Five Year Plan, which is scheduled for release in March. 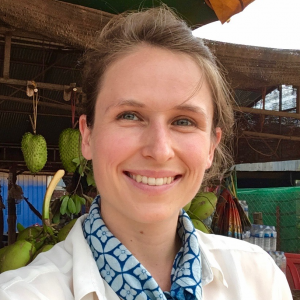 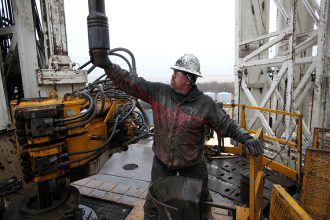