The acting secretary of the Army instructed the Army Corps of Engineers Wednesday to fully comply with a memorandum issued by President Trump that called for expediting the review and approval of the Dakota Access oil pipeline.

The directive did not, however, despite reports to the contrary, grant a final permit, or easement, for the portion of pipeline that would run near the Standing Rock Sioux Tribe reservation. That spot became a hotbed of protest last year when thousands of Native Americans and others, who call themselves water protectors, set up camp there.

In the final weeks of the Obama administration, the Army Corps announced it would not allow the pipeline to be drilled under the Missouri River a half-mile upstream of Standing Rock. Instead, it said it would conduct an environmental impact statement, a thorough review that could take a year or more to complete and would consider alternate routes for that crossing.

The review has begun, but it’s now unclear whether the environmental impact statement will continue.

Trump’s memorandum, issued Jan. 24, ordered the Army Corps to “review and approve in an expedited manner” any easements for the Dakota Access. It ordered the agency to consider rescinding the environmental impact statement.

The tribe says it will sue to ensure that process goes ahead as ordered, but it is unclear what, if any, legal leverage the tribe would have if the Army Corp abandons the review.

“The Standing Rock Sioux Tribe will vigorously pursue legal action to ensure the environmental impact statement order issued late last year is followed so the pipeline process is legal, fair and accurate,” the tribe said in a statement. “To abandon the EIS would amount to a wholly unexplained and arbitrary change based on the President’s personal views and, potentially, personal investments.”

Trump owned stock in Energy Transfer Partners, the company building the pipeline. A spokesperson for the president has said he sold it all last summer.

The 1,200-mile pipeline would run from the Bakken oil fields of North Dakota to Illinois and is more than 90 percent complete. The Missouri River crossing is the final easement needed to finish the pipeline.

A notice filed Wednesday in federal court on behalf of the Army Corps said the easement has not been granted.

“Issuance of the January 31st Memorandum does not mean that a final decision on the application for an easement to construct the Dakota Access pipeline under Corps-managed Federal land at Lake Oahe has been made,” the filing said. “The Army will make any decisions once a full review and analysis is completed in accordance with the Presidential Memorandum.”

Cramer did not respond to a request for clarification.

“By ‘expediting’ this process and proceeding without appropriate consultation, the United States would be turning its back on its most solemn trust responsibility to the Tribe,” the senators wrote.

Jan Hasselman, an attorney with environmental law firm EarthJustice who is representing the tribe, said he would fight any easement granted before the environmental assessment is completed.

“We continue to make our case that the easement can’t be issued without the EIS process and, if the Army Corps issues the easement anyways, then we take it to federal court,” he said.

The Standing Rock tribe is planning a march on Washington on March 10. 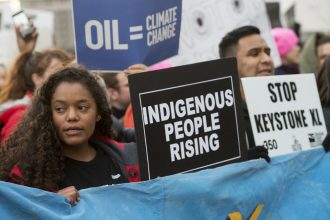 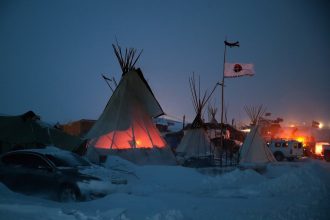