The Pegasus pipeline that ruptured and spilled thousands of gallons of tar sands crude in Mayflower was 65 years old, and was initially built to carry thinner oil at lower pressure in the opposite direction than today.

But seven years ago, when Exxon, the pipeline’s operator, turned it into a higher-volume line for diluted bitumen from Canada flowing under greater pressure to refineries on the Gulf Coast, federal rules did not require a permit application or safety reviews, according to federal officials.

“Our regulations don’t specify how much product a pipeline carries. There is no regulation if they want to change the type of crude they carry,” said Damon Hill, a spokesman for the Pipeline and Hazardous Materials Safety Administration, a part of the Transportation Department. “As far as reversing the flow of a pipeline, it is not a safety issue.”

To reverse the line that runs from Patoka, Ill. to Nederland, Tex. required 240,000 man-hours of work on pump stations, valves, bypasses and integrity tests, Exxon said when it opened the line.

But only after the spill occurred did the agency step in with an order, issued Tuesday, that clamps down on the Pegasus pipeline, for example by limiting the pressure at which it may operate once it reopens. Noting that the pipeline’s flow was reversed in 2006 so that it could carry Canadian tar sands crude 850 miles from Illinois to Texas, the agency’s corrective action order remarked that “a change in the direction of flow can affect the hydraulic and stress demands on the pipeline.” The pipeline was first built in the late 1940s.

The Arkansas spill is roiling the national debate over the Keystone XL pipeline, which if built would carry Canadian dilbit from Alberta to Texas. But the spill also brings into focus the growing industry practice of reversing and repurposing existing pipelines in order to transport booming supplies of heavy crude out of the tar sands region north of the border.

The Exxon pipeline that burst was the first reversal of its kind, a feat that Exxon called “historic.”

An investigation of the spill near Mayflower, Ark., is just beginning, and the agency’s order blocks ExxonMobil from resuming shipments until the cause is well understood and any remedial actions are in place. Now that there has been a spill, amounting to an estimated 3,500 to 5,000 barrels, the agency will be watching closely.

“I find that continued operation of the Pegasus pipeline without corrective measures would be hazardous to life, property, and the environment,” said the order, signed by PHMSA’s associate administrator for pipeline safety Jeffrey Wiese.

He cited the age of the pipeline, the reversal of its flow, and its location near water resources and populated areas. The spill forced the evacuation of about 21 homes and has endangered local water bodies.

Once the broken section of pipe is dug up and examined, and after results are known of in-line tests conducted in February, a month before the spill, further steps might be called for before the flow through the pipe can resume.

For example, the agency ordered pressure in the pipeline to be reduced to 656 pounds per square inch once operations are allowed to resume, just 80 percent of the operating pressure of 708 psi moments before the rupture. At the time of the reversal, the pipe was tested at 820 psi.

For years, pipeline safety and environmental advocates have been urging the agency to tighten its rules, including new measures to make sure that diluted bitumen is not causing ruptures because it is thicker, more corrosive and runs through the pipes at higher pressures and temperatures.

But the agency, after notifying the public in 2010 that it was considering a proposed new rule and seeking comment on these and other safety issues, has never produced its new proposal.

“There are very few hoops, if any, that companies have to jump through,” said Anthony R. Swift, a policy analyst at the Natural Resources Defense Council who studies pipeline safety issues closely. “We have a very lax and faulty regulatory regime.”

The safety problems of aging pipelines being used to carry new fuels have been recognized by the industry and its regulators for many years, and have been growing as the pipeline network has struggled to adjust in recent years to the new flows of Canadian tar sands fuels.

One study by the National Petroleum Council for the Department of Energy said that “integrity issues will become more common due to a number of age related issues,” such as corrosion and weld seam failures.

“Pipelines operating outside of their design parameters such as those carrying commodities for which they were not initially designed, or high flow pipelines, are at the greatest risk of integrity issues in the future due to the nature of their operation,” it said.

But although he proposed, and Congress passed, a pipeline safety bill in 2011 after a series of oil spills and natural gas explosions, that law only bogged down any changes in the rules.

The law required extensive studies and reports to Congress before it allowed significant tightening of the rules to take effect, and those reports are still being written.

“Despite the urgency for pipeline safety reform that infused the congressional debate,” wrote three lawyers for VanNess Feldman in Pipeline and Gas Journal last year, “the 2011 Act requires that PHMSA postpone for at least two years issuance of final regulations, if any.” That means important changes might not be put in place until 2015, if at all.

Changes in the rules that are under review ought to affect the design, operation and corrosion control practices to take account of the type of oil pipelines carry, according to recommendations filed with PHMSA by the NRDC and five other environmental groups two years ago.

In testimony at a House energy subcommittee hearing on June 16, 2011, the NRDC’s Swift recommended that PHMSA “should be actively engaged in all stages of major pipeline infrastructure development, including the environmental review process, project design, construction and operation.”

That certainly was not the role the agency played when the Pegasus pipeline was altered several years ago.

“PHMSA provides less of a safety net than a coroner’s service,” said Swift.

The one thing the agency has done is to request a thorough review by the Transportation Research Board, a unit of the National Academies of Science, on the risks associated with moving diluted bitumen through pipelines.

In a presentation to the research board, PHMSA’s Wiese said a thorough review is needed.

One of the slides he presented said: “We strongly support a rigorous analysis of the unique risks associated with dilbit transportation. Threats posed by this different commodity require thorough understanding. Risk controls for these threats must be robust.”

But the presentation made clear that the agency, which has been searching for two decades for the right regulatory approach, has more work to do.

“Major accidents almost always result in demands for broader and more prescriptive regulations,” another slide said. “But just responding to the last accident is not the best regulatory strategy.” 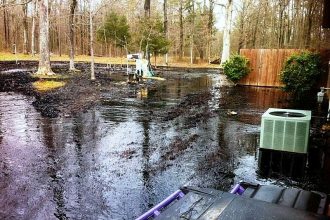