Three hours east of Malibu, the Pacific Coast Highway and everything that is L.A., a small multitude of Joshua trees stand sentinel over a desolate corner of Mojave high desert. They look as if they’ve been on this incredibly arid, lonely hillslope forever. But, trouble is, will they still be here tomorrow?

Research ecologists are still trying to answer just how climate change will affect the Joshua tree’s numbers, range and habitat.

They do know that over the millenia, the Joshua tree (Yucca brevifolia) has evolved to thrive in the dry and hot Southwestern desert conditions and barren soils that a less specialized plant species could not tolerate.

The first study, published in the January issue of the journal “Ecological Applications,” detailed climate models that project that the Joshua tree may see its current range of southern Nevada, southwestern Utah, western Arizona, and southeastern California reduced by as much as 90 percent within a 60 to 90-year timeframe.

“We’re not saying that 90 percent of them will die,” said Ken Cole, a research ecologist with the U.S. Geological Survey (USGS) in Flagstaff and the paper’s lead author. “The established ones may persist for 150 years. We’re saying that within 90 percent of its current range, they will be unable to reproduce or unable to survive [long-term].”

Kirsten Ironside, a landscape ecologist at Northern Arizona University in Flagstaff, and the paper’s second author, said that as existing trees eventually die, they are very unlikely to be replaced. Although their average lifespans are thought to range from 100 to 200 years, individual adults may live up to 300 years or more, while reaching heights of more than 50 feet.

“It’s already gotten too warm and dry for it to prosper at Joshua Tree National Park,” said Cole. “So, its natural range is moving a couple of hundred miles north, due to a combination of [higher] temperatures and [decreased] moisture.”

At the end of the last Ice Age, some 13,000 years ago, the trees are thought to have ranged as far south as the present day U.S.-Mexico border and as far north as southern Nevada. As the climate warmed, Cole said the tree’s southern range underwent a substantial contraction.

As for trees within the 794,000-acre National Park today, Cameron Barrows, a research ecologist at the University of California at Riverside, said there is likely going to be an 80 to 90 percent reduction of Joshua trees within the same time frame as Cole’s projections.

But Barrows is confident that at least some pockets of trees will persist long-term within the park boundaries.

“Our analysis indicates there are going to be primary climate refugia in some of the higher elevation valleys and canyons capable of sustaining Joshua trees within the foreseeable future,” said Barrows, who, with colleagues, modeled the plant’s current distribution within the park for a paper being submitted to a research journal.

Even so, Josh Hoines, chief of the Vegetation Branch at Joshua Tree National Park, said he also tends to be more optimistic than Cole’s projections because estimates indicate at least 10 percent of the trees here are still reproducing.

At a distance of a couple of hundred yards, these “trees” have trunks that could pass for under-watered oak or pecan. But upon closer inspection here inside Joshua Tree National Park it’s readily apparent that Joshua trees aren’t trees at all. They are extremely hardy specimens of the Lily family. They root themselves in coarse, nutrient-deficient soil made up of decomposed granite.

When this desert sees rainfall, which is primarily during the winter months, the plant’s deep and extensive root network quickly soaks up the moisture, storing it internally.

But since their pulp doesn’t form annual tree rings, there is no sure way to age them. In fact, the Joshua tree’s exact beginnings as a species remain a mystery. Scientists can learn about Joshua tree history mostly from packrat middens, the complex houses built by packrats (woodrats) from found materials like twigs and cacti.

“All of the fossil evidence for the Joshua tree comes from fossil packrat middens, preserved in caves and rock shelters,” said Julio Betancourt, a USGS environmental scientist in Tucson.

“The species could have evolved a million years ago but can’t be dated beyond 50,000 years ago.”

Can Joshua Trees Reproduce in a Warming World?

Researchers know that the Joshua tree’s evolution and dispersal was helped along by both a tiny moth and a long-extinct giant sloth.

As part of their lifecycle, the female Yucca moth pollinate and then lay eggs in the Joshua tree’s flowers.

Hoines opens one of the Joshua tree’s seedpods and points to a small white larva wriggling inside. Since the moth and Joshua tree are a prime example of interspecies symbiosis, it’s startling to see moth larvae literally eating away at the Joshua tree’s lifeblood.

“When the larvae hatch, they eat their way out through the seed pods and fly away,” he said.

But the moth larvae are estimated to destroy less than 10 percent of all Joshua tree seeds. The Joshua tree’s reproductive structure is unique in that it requires a moth with just the right length egg-laying organ — called an “ovipositor” — in order to lay its eggs within the tree’s flowers. It’s a mutually beneficial relationship. The Joshua tree gets pollinated, and in return the moth has food for its young.

Although the Joshua tree has very limited self-pollination, it’s not very efficient, and so the moth allows the tree to reproduce efficiently; in fact, the two species have co-evolved to do so. But climate change may throw a wrench in such a carefully calibrated relationship.

Barrows said the issue is that we don’t know whether temperature changes will have the same effect on the moth pollinators as it will on the plants themselves. If they both have the same reaction to higher temperatures, then the impact will be minimal. But if one is more sensitive than the other, then they could be out of step and trees could flower without the moths around to pollinate them.

But Cole’s primary concern is that climate change is happening so abruptly that the trees won’t be able to disperse themselves into more suitable areas fast enough to sustain themselves.

“The Joshua tree’s problem is with migration,” said Cole. “It takes a long time to grow and doesn’t invade disturbed areas easily.”

Betancourt said that the ability for a species to migrate fast enough to keep up with a changing climate hinges on its capacity to disperse its seeds to suitable places to grow that may be far away.

One theory about why the Joshua tree’s southern range shrunk so much at the end of the last Ice Age centers on its ability to disperse its seeds.

According to this theory, the large Shasta ground sloth, which lived across Southwestern North America during the Ice Age, would excrete the seeds after ingestion. Cole contends that once large plant-eating creatures like the sloth died off some 13,000 years ago, then not only was the Joshua tree’s habitat curtailed by a warming climate, but it also lost its prime method of spreading seeds over long distances.

Barrows said that if the Joshua tree were to disappear altogether, the diversity of species within the National Park would certainly be diminished. Whether that domino effect would continue down the food web is hard to know, he said.

Fortunately, the Joshua tree’s large, hard-coated seeds are well suited for long-term storage. To that end, Hoines said the park is actively collecting its seeds on site, in case they’re eventually needed to restore the species.

But Betancourt is more guarded about making future pronouncements. “Despite the fact that we named a National Park after them,” he said, “we know very little about Joshua tree biology that is useful in predicting their fate under climate change.” 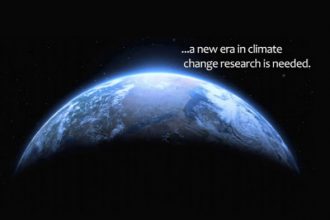 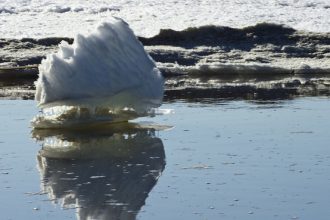 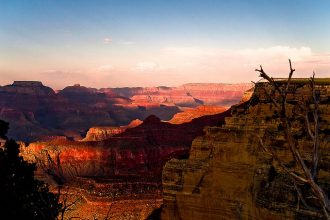 U.S. May Open Up Grand Canyon to Uranium Mining