Two InsideClimate News projects were honored by the Society of Environmental Journalists, with the collaborative series “Fracking the Eagle Ford Shale: Big Oil + Bad Air” winning top honors for outstanding in-depth reporting for a large market. “Meltdown,” about a polar bear attack on humans in the Arctic, was awarded second place in the outstanding feature story category.

“Big Oil + Bad Air,” was a collaboration between ICN staff, led by reporters Lisa Song and David Hasemyer, and the Center for Public Integrity. The Weather Channel contributed a documentary video. “Meltdown,” is a story by ICN’s Sabrina Shankman that is also available as an ebook.

The fracking series has won numerous awards for its exposure of lax oversight and potentially devastating health impacts of the fracking boom in south Texas. The SEJ judges wrote: “This is a wonderfully in-depth saga that starts with the impact and doesn’t let go. Many of us have written about, or at least read about, fears of water contamination from fracking. This package is about an under-reported element of the practice: air pollution. In what judges called an “exhaustive and relentless” examination, the Center for Public Integrity and InsideClimate News, with a video assist from the Weather Channel, make a case that chemicals associated with fracking are wafting through the air and presenting risks to neighbors.

“The authors created this compelling package with dogged data work, comprehensive interviews, and an obvious drive to shed light on the problems that residents had described, and that politicians, regulators and companies had largely ignored.”

On “Meltdown,” the award citation said: “Judges found this a thrilling and compelling story about a polar bear attack on an Sierra Club outdoor trekking group imperiled by humans’ inadequate understanding of global warming impacts. One judge called it a ‘metaphor for our times.’ Author hooked readers early on by using the adventure of this Canadian wilderness trip as a vehicle to explore how melting polar ice caps are disrupting the Arctic environment and the lives of polar bears. This structure allowed the author to weave back and forth between an adventure story and an environmental science story.”

Earlier this year, “Big Oil, Bad Air” won first-place awards from Editor and Publisher, the Association of Healthcare Journalists, the Society of Professional Journalists, and the National Press Foundation, as well as recognition as a finalist from Investigative Reporters and Editors and the Loeb Awards. Shankman was a 2015 finalist for the Livingston Award for “Meltdown.” 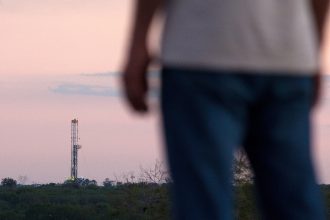