The first initiative established a cap-and-trade program that provides incentives for utilities, oil and gas producers and other polluting businesses to reduce their greenhouse gas emissions, setting a statewide “cap” on emissions that decreases over time.

In place of reducing emissions, companies can buy pollution “allowances” in the marketplace that represent emissions reduced elsewhere, either by other companies that have “extra” room under the cap, or through carbon offsets, like planting trees in the rainforest. But over time, as the emissions cap shrinks, the state allocates fewer allowances.

The program will go into effect before 2023, making Washington the second state, after California, to pass a state-level cap-and-trade system. Backers of the program refer to it as “cap and invest’ because the legislation requires that at least 35 percent of the revenue be spent in vulnerable communities, with an additional 10 percent allocated for tribal lands.

The second climate initiative, a clean fuel standard, requires fuel suppliers to incrementally reduce the carbon intensity of their transportation fuels by 20 percent below 2017 levels by 2038. Some ways they can do this include improving their production efficiency or blending low-carbon biofuels into their fuels.

Inslee’s plan to counter climate change in 2022 would invest $626.5 million to slash carbon emissions from buildings, cars and energy production. It would also appropriate $100 million in rebates for electric vehicle buyers.

Inside Climate News spoke with the governor about his inspiration, climate strategy and agenda for the state.

Where, if anywhere, do you look for inspiration for Washington’s climate policies?

I look at my four grandchildren—and that’s my greatest inspiration. And when I make decisions, I think about them in those terms.

They inspire me when I make decisions to think about their ability to enjoy Washington state the way I did when I was their age. I always think of the moment when I was watching my grandson turn over a rock and seeing the little crabs, and his little face just lit up in excitement. I remember feeling like that when my dad, who was a biology teacher, took me to the shoreline. I just want my grandkids to be able to have that experience, and they won’t unless we defeat climate change. So that inspires me to greater efforts, to try to give them a chance.

Drawing from your experience at the Glasgow conference, what do you think is the biggest challenge in terms of other leaders taking climate action seriously?

I think every leader in the world faces the same challenge, and that is that this is an extremely slow-moving phenomenon in human time, even though it’s incredibly rapid in geological time. It is an invisible gas—it’s killing our hopes. And then it requires some degree of change, and you know, those are the hardest issues; every leader in the world faces those issues, but we have a lot going for us. Namely that we know that the way to build hope is to take action, and we know actions can be taken to build clean energy economies and clean energy jobs, and that’s happened big-time in my state. So we have methods of taking action around the world as well, we just need to get more leaders who are willing to take those actions.

What seems to be most effective in talking to international leaders about climate change?

I think showing action on our own part. The most inspirational thing to other people is to know what we’re doing. And you know, the thing that always inspired me—this is not the perfect metaphor, but I’ll use it anyway—when I would decide whether I could jump off a cliff into the lake up on Orcas Island, it always inspired me when my brother went first, and so I think showing action inspires others to join you.

Well, yes, but it’s not so much the cost: we will limit the number of permits. The permits will discourage the economy as a whole (from emitting greenhouse gases), because it will require throughout our whole economy that those emissions be reduced.

Your focus this legislative session seems to be on clean buildings and electric vehicles. Why?

We have two bills now that we hope to pass that will increase building efficiency and reduce the use of fossil fuels over time in our buildings.We do have a proposal for an aggressive rebate to help people buy electric vehicles, including used vehicles, including people in lower income brackets. We also have—fairly confident we’ll have—a low carbon fuel standard confirmed in our state—a clean fuel standard—so part of our transportation package that will be instituted will deal with transportation fuel options to make them less polluting as well. And we’ve now cemented the ability to use $5 billion from the Climate Commitment Act.

What is it about climate change that keeps you up at night?

Well, I mean, there are a million things within that. Just the inability today of the world to successfully give our kids a fighting chance, and that is apparent every single day. I don’t worry about my sleeping hours, I worry about my waking hours, because every single day we read about another cascading, accelerating catastrophe. I mean yesterday the article was about the biggest drought in the western United States for 1,200 years, and no sign of relief. I mean, there’s an article of that nature or scale almost every single day from around the world.

Are you impatient with the rate of climate policy change?

Heck yes. You know, we’ve got one of the more successful climate programs in our state—it’s one of the reasons our clean energy jobs are growing so fast, but even my state is not adequate to the needs of the science, and that’s why we’re pressing for more actions this session in my legislature. 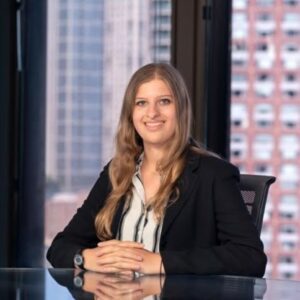 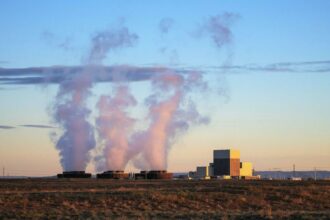